New Media Update regarding the Jupiter Factory and its history, one of the biggest manufacturers around Pripyat.

Welcome back for more exciting news from the radiated zone of Chernobyl!

In this Update we present four new screenshots of the abandoned Jupiter Factory located not far south of Pripyat. The factory was opened in 1980 and quickly became one of the biggest employers in the region. Around 3500 people officially produced cassette recorders and various other components, but rumor has it in reality the factory workers produced semiconductor components for the military. 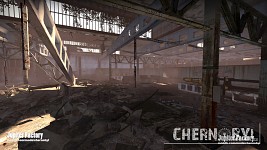 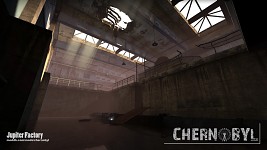 After the disaster in 1986, the factory halls were used for scientific tests regarding decontamination and dosimetry equipment. For those purposes the factory was still operating until 1996 when it was closed for good. 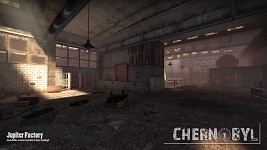 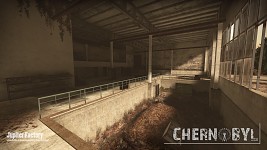 Thanks for your support and stay tuned for the next Media Update!

I really look forward for the release of this.

Damn, at this point it almost feels wrong to release something of this caliber on a game like Left 4 Dead 2. I feel like everyone playing will run past all of the beautiful scenery with the single mindset of making it to the safe room without taking the time to soak up the awesome environment around them.

Wish you could could almost make a HL2 mod out of this with either a FPS story or maybe a mod similar to Dear Esther where it's a narrative driven story. Either way, glad to see work is going on this still, amazing work at that!

Not a bad idea, didn't think about that until now. I'll keep it in my mind, before finishing this campaign we won't have time for another project.^^

Indeed we should discuss that topic in the future. However our map layouts are optimized for L4D2 gameplay, thus major adjustments would be necessary. For the near future finishing the L4D2 campaign is our first and foremost priority.

Thanks for your suggestion!

I hope to play this really soon !!!

Keeps it up guys! You are AWESOME!