Attention all dinosaur hunters! We have some bits of news and information to share with you so grab a seat and get your bottoms comfortable. Most of it is great news and the only smidgen of bad news (slight delay) is coupled with some incredible news to help battle said "evil".

We will start it off on the sadness end of things so that we can let you all leave with a happy, satisfied belly. We sadly have to slightly post-pone the release of the Jungle DLC for 'ORION: Dino Horde' back to Wednesday, July 24, 2013.

We have a marketing plan that involves a few other partners and we want to really come out fully swinging with this content as we are not only extremely proud of it but we also want to gather as much attention of like-minded gamers for you to hunt and frag dinosaurs with.

We are so proud of the Jungle DLC that to help qualm the angst this delay may create for some of you, that we are going to open a Multiplayer Beta of the Jungle DLC to any folks that want to play early or help us squash any remaining critters.

Not only this but we want / need to test the new Spiral Store some more (largely with non-USD currencies) so if you want access to some of the newer Spiral Store items or simply want to help test it this is also a great opportunity. 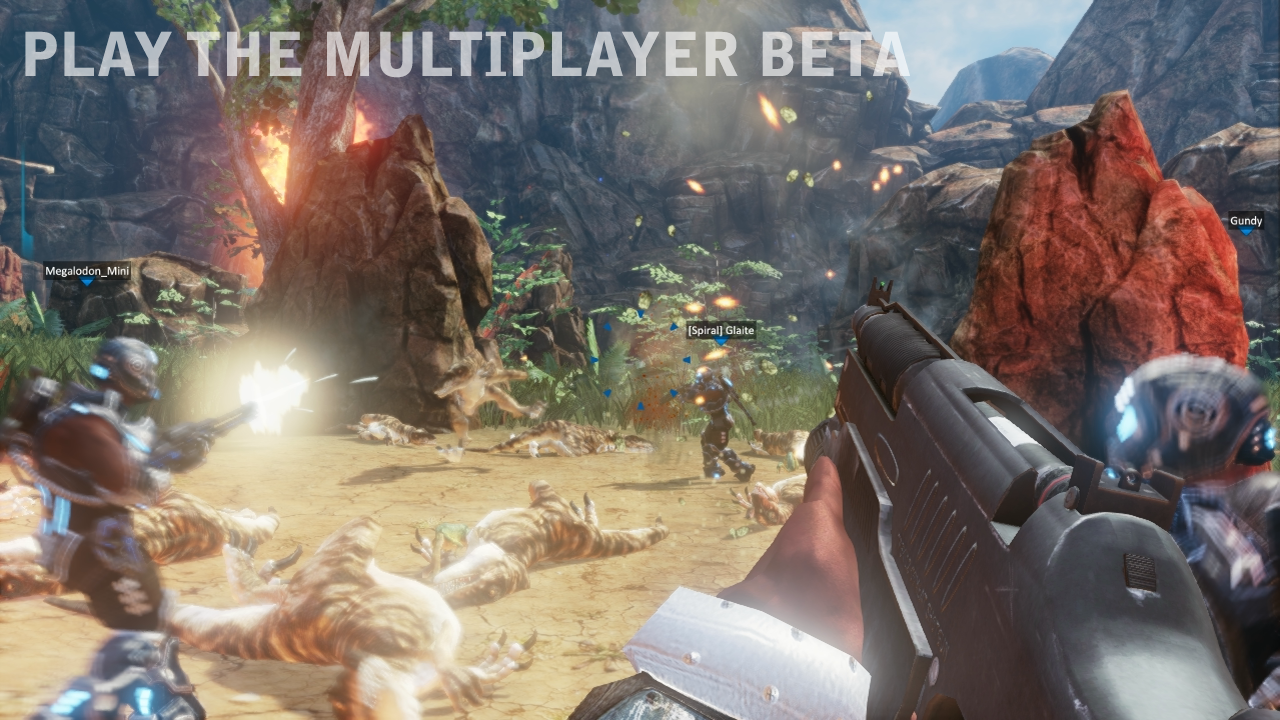 The inclusion towards this Jungle MP Beta will start on Friday, July 12th, 2013. We will be posting additional details on how to get in early this week.

We are confirming that we will also be using this time to add the 3rd playable dinosaur for the Jungle DLC: Deinosuchus.

This will allow for users to play as ALL boss-type Dinosaurs in the game alongside the T-Rex and Spinosaurus. His primary attacks include Bites, Charge and Tail attacks.

We will be posting new information and media pertaining to Jungle DLC leading up to both its Multiplayer Beta and Public Release.