June and July have been great months with a tons of new updates.

Hi Everyone! As you probably have noticed the progress of MD2 have moved on like never before and that have result in only two missions left to be done! Well, I will take it from the beginning. In the early June I announced several new missions. "An Old Enemy" which is picked from the comic books and tells the story of how a cybernetic Darth Maul survives the duel from Episode 1 and now search vengeance on Obi-Wan. You'll be able to play as either Obi-Wan or Darth Maul at Luke Skywalker's home. In a bonus mission you will take control of Luke himself and fight Maul.

Meanwhile I started to working on some old missions, you remember that I told you there will be some improvements to the missions from V1. For example has the mission - "Battle Of The Heroes" got a completely new map with new scripts. Here are some screens: 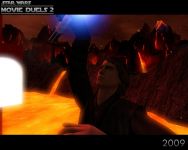 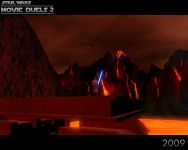 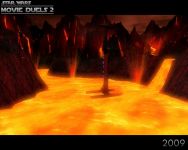 By the same time I also announced "Battle Of Geonosis" and "Engage Jango Fett". Both are picked from Episode 2 and tells the stories from the film. I had the opportunity to use Plasmas Geonosis map which is just great and fits perfect in to the mission. 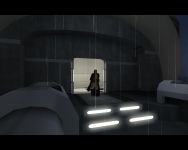 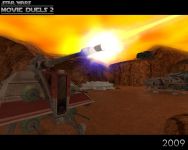 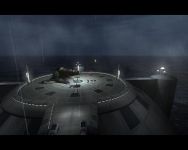 When we reached July we had a small little video released showing up the new menus in MD2. If you haven't seen it yet I suggest you do so now:


But the big update this month must be the Cinematic Trailer which I uploaded only a few weeks ago. It shows up some never seen before ingame footage from the new missions, take a look:


So what is now left to be done before I can let you play this mod? Good question! Well, first off we have these unfinished missions from Episode 3: "Attack On The Jedi Temple" and "Retaking The Jedi Temple". The maps are as good as finished so I only have to put in some nice scripts. Though you should be aware of that they are probably the two biggest missions and therefore it will take a while.
Except from the missions there are some other stuff to be fixed too. Can't tell you everything here but for example I have some more work to do with the Animations and the Challenge have to be done etc. However I hope you have patient and can wait the time I need to finish this mod.

I think that was all for this time. Who know, maybe I will come with a release date next time ;)
//Wector

wow those menues are awesome :D
this mod is a must! :D
keep up the good work and do not let this die please!

The quality of the two trailers you just posted are about as professional as they can get.

Now, time for bed before my final exam!

Your final is the mod, but make sure you get some sleep too. Thanks for the sneak peek!

If that ain't no reason to get the old Jedi Academy out of the rack, I dunno either.

Great mod, cannot wait to finally play this one... just awesome work you did there!