It's time for another monthly update from JUMP Corps HQ! Here's what we've got for you in this one:

It's a shorter update this month because we've got a lot of irons in the fire as far as new content and features goes. We'll have plenty more to share very soon!

The Walls are Crawling!

Look out jumpers! These little grubs might not pack a punch, but you don't want to let them swarm you! You'll be torn to shreds if you try to rush right through them!

Flame is effective against swarms, but puts you dangerously close!

This is why the hive-buster missile is so effective in tight spots!

Best to clear your way through infested areas slowly and deliberately!

Mushroom Forests Discovered in the Hive!

Jumpers! We've discovered a new area within the hive! We've only got these hand-drawn reports to rely on, but it appears to be an underground fungal forest! 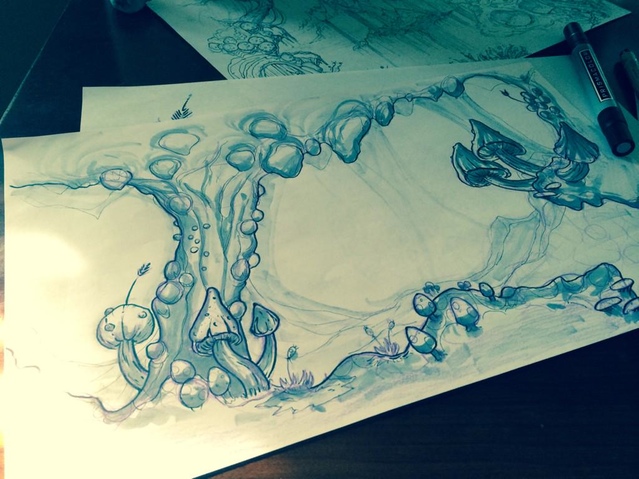 It appears that the Ordovicians cultivate these underground mushroom forests as a source of food! Who knew such vicious beasts could be shroom-eaters? 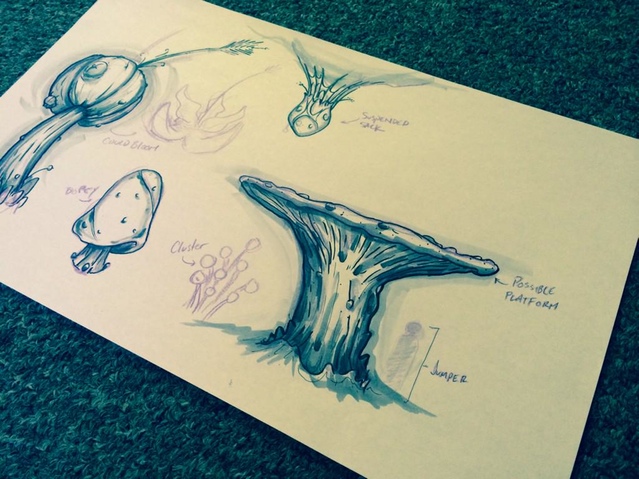 A wide variety of fungus is grown in these mushroom forests. Perhaps gathering samples of some of them will aid us in the war effort? 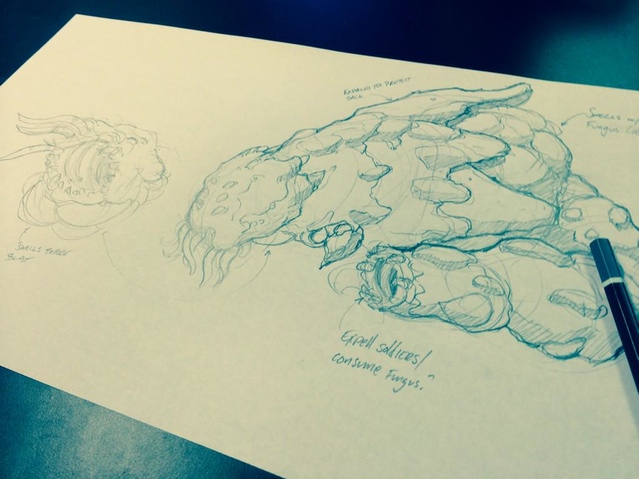 We've also had reports of a large lumbering alien that roams the mushroom forests. It appears to harvest the fungus supply for the hive. It might harvest you too if you get too close!

Jumpers! It's about time that you all have a place to hang out and chat. We'll be doing a soft-launch of our forums tomorrow for all of our Alpha Access backers and higher! 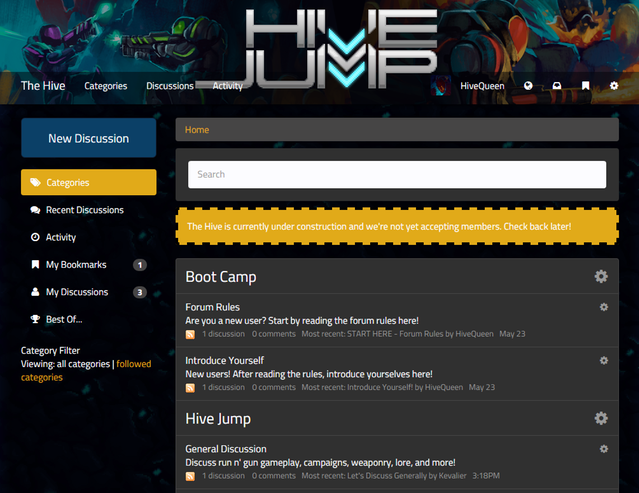 Sign-ups for the Community website will roll out as follows:

Alpha Access Backers should expect an exclusive Kickstarter update tomorrow afternoon (CST) with instructions on how to sign up for the forums. Thanks for all the support and we look forward to your help in testing out the forums before the public launch!