As we are nearing the end of Q2, it is time to provide you all with a heads up of how things are going behind the scenes.

As we are nearing the end of Q2, it is time to provide you all with a heads up of how things are going behind the scenes.

First things first, some of you may have marked the date of June 30th as the release date, since my intention to release this mod was in Q2. That's not going to happen. BUT! before my car gets keyed and this page gets DDOS'ed, I am happy to say that the mod will still release in the very near future. With this post I want to give everyone some insight on how development is going.

From the moment I had announced the Q2 release, I immediately emphasized that this is an estimated release date, and that there were still many factors that could determine this date's feasibility. I've never set it in stone. That won't happen until the mod is ready for beta testing and I'll make a definitive announcement for it.

As soon as all the modelling was done and all the areas were implemented, I trod into rather unknown territory for me; Mafiascript. Not only in order to ease the load on the people who help me out with this mod, I wanted to do most things myself. But also since this was essential for me to understand Mafiascript in order to achieve the vision I have with this project. So there was a bit of a learning curve for me to understand it all and get things to work. Good news in the end is that I've learned a lot about it as of late. Which brings us to the next item:

What's left to do?

Not much. Really. The whole ship is filled with interaction now and only one last feature remains to be programmed, which is the working elevator. This one proves to be tricker than anticipated and is the last real bottleneck in the development. Once that elevator is in, every feature for Part One is in!

But we're not there yet obviously. Because I still need to get the polishing kit out to remove bugs in existing features and programming. They're not a frightening lot, but do need to be taken care of before I wish to send this out to the beta testers. After all this time, I don't want to rush this project last minute and pull a Cyberpunk on it. So that's why the 30th is not going to be the release day. The elevator script is most likely finished by then, meaning the mod is technically finished. But there are still rough edges that need shaving off.

Aside of ingame related stuff, progress has also been made surrounding the mod. A custom installer very kindly provided by MeToX will ease the installation process, and the first tests on the Steam version have been performed with success! Meaning that this mod will be compatible with the Steam version of Mafia!

The GOG version has yet to be tested, but so far I see no reason why that one would give complications. 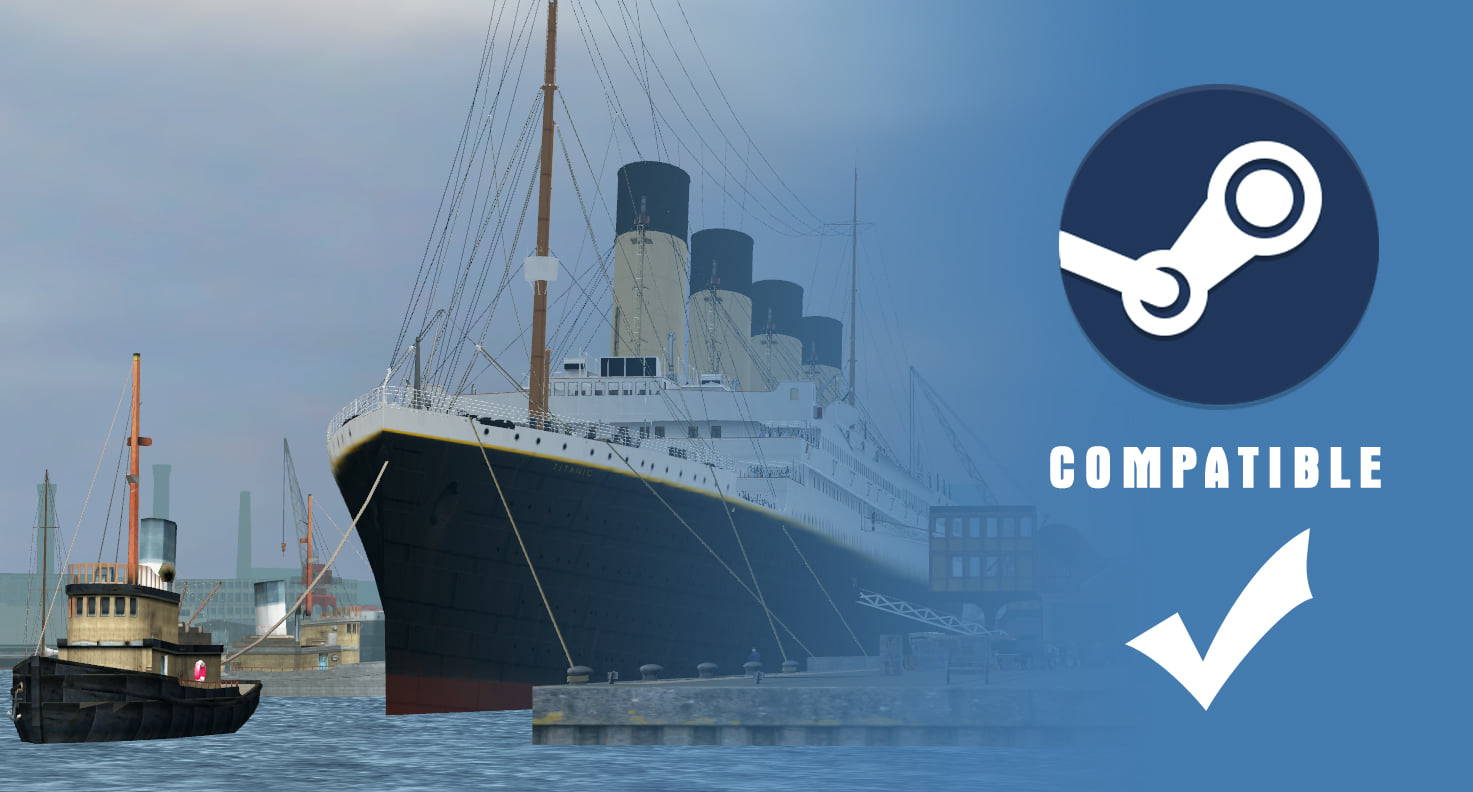 On a final note

Programming things provides less footage to show, but the mod is progressing ever so fine. Stand by for the announcement of the beta tests and the actual release date to be set in stone!

That's not a problem, and we can wait a bit more. Nobody wants a second Cyberpunk, just like you said.

Quality just takes time, so please take as much as you need.
That said, can't wait to play this after so many years of following it, hahaha. Much success developer!

I understand that they are 12 years of development but why so much, why put a date "July 30" and then change it and not put a departure date only "July" for that you would not have put June 30 not even that it leaves in July because then it will come July and nothing will come out

Pity and at the same time disappointing.

Now I will have to wait longer for it to come out, the worst thing that in July I go back to study and the most likely that I do not have the same desire xd

PS: I am not criticizing or saying that you are bad and that your mod is bad, I just thought that the mod would come out on June 30 and seeing this I was a little disappointed and I felt bad, but I will wait for July to come out and do it I downloaded without hesitation, your mod will be one of the biggest mods in the history of video games

Now you understand why I had never even bothered with a rough timeline until recently. And I hope you now also understand why it's never a good idea to cling to a release date so tightly. Especially for a project developed in someone's free time. I tried to make it very clear that the mod was intended to release around the 2nd quarter, and that a proper release date would be announced by the time the beta testing starts so I can guarantee how long the remaining development takes. ModDB does not allow choosing a month to release it in without a specific day, so at some point it indicated it would release on the 30th. Still though, estimations should never be taken as gospel, and is quite frankly in my opinion the reason AAA games come out so rushed, again using Cyberpunk of a perfect example. The management of that game seemed to have listened to the impatience of many people, and look how that turned out. In that regard, aside of a hobbyist project, I'd also highly discourage sticking to estimated deadlines in general, because this neither benefits the project nor your own peace of mind. Trust me, it sucks if a release gets postponed, be it a day or a year. But once it does you'll be glad it was delayed and not rushed out like a half baked cake.

I understand, I know that the mod is very big and that removing the mod quickly can bring imperfections and Bugs and well as you mentioned, putting a date (in this case June 30) and then changing it can bring problems like the people are not motivated, but other than that it brings positive things, like that the mod will be more polished and it will have less Bugs and that when it comes out it will be satisfactory, I look forward to the exit of the mod and to be able to walk around the whole boat, I have a doubt, the boat when it is in its final version will it be fully completed with rooms and other things or do you just think to put more relevant things on it?

Part One only includes the areas shown in the release announcement article. In the following Parts I intend to add more, but only a select number of interior areas will be added. Not the whole ship. Reason being that it takes too much time, adds little to the experience of the mod, and is simply too resource heavy. Besides, I found that the quality of implemented areas far outweigh the quantity of it. It's basically the ship equivalent of map size of open world games where bigger doesn't equal better.

All the areas colored on the progress chart are intended to be implemented.

It is surprising that after 10 years you are still with the mod, how is it possible that you have not abandoned the project? Are you alone, aren't you? I want to walk down the grand staircase and do a good roleplay, I imagine this mod with a multiplayer mod all inside the Titanic doing roleplay

Part One is indeed very close to getting finished. If the estimated release date seems unreliable, I hope the recently shown footage will speak for itself. There truly isn't much left to do and the only big variable is how annoying some bugs are to fix. When the beta testing starts, the mod will already be in a state I'd personally consider worth releasing, and only subject to fixes from what only a 3rd party could notice and that don't require a large overhaul.

Roleplaying functionality is something I highly prioritized in Part One, so there's various interactivity to be had onboard. I hope you'll like it.

Bro, I am 15 years old and since I was 5 years old (maybe a little less a little more) I am a fan of old ships and the Titanic is the basis of all the 1997 movie I have seen it countless times I know everything about the Titanic, It is obvious that your mod is going to be incredible for me and on the errors to correct, there are few, the mod will be incredible, Bro, you made the character can swim when he does not, that is to be appreciated, your mod will be incredible and what safer than when the mod comes out pass in the restaurant and the grand staircase

And the question that will never get answered (oh yeah) will there be references to other Titanic movies in the mod?

This mod will be right up your alley then I think.
There are a couple nods towards the Cameron movie, some more apparent than others.

Interesting, and if I like the mod. hey with 4 GB of RAM an I3 processor and a graphics card with 1 GB of VRAM do you think the mod will go smoothly for me?

Do you know how much GHz your processor has and which GPU model you have installed?

Just in case, I will release a lowres texture pack and may even tweak the scene for lower end PC's by removing some minor- yet graphical intensive visual effects. This will be tweaked during the beta tests.

CPU should be fine I think.

This is very exciting!!