Mayobread (hey guys), here’s an update on the game.

This is going to be a weird post. I’ve created a loading screen for a spaceship operating system called Jundows. This is really vain, but this has been one of my favorite things to code. Jundows is one of two rival spaceship operating systems that exist in the game. The other is Pateintosh. I think it goes without saying that Pateintosh is stupid, and Jundows sounds like more fun to spend time with. I’m not sure when I’ll create Pateintosh. Like — it’s probably a waste of time. I mean, I’d like to create multiple versions of each — because depth is exciting — but I think Jundows is less petty and not worried about what Pateintosh is doing.

We’ve also been building solar systems for a while. We are now able to fly from galactic space to solar system space. This was a good achievement, these two spaces occupy wildly different scales, so making the transition relatively seamless was a nice win. There are some pretty cool screenshots of that stuff below. Also two videos. And there is, of course, much more to see on our IndieDB webpage.

Okay, this is the part that makes this post weird. This is a tiny flash fiction world-building tale. It explores the world of Lilith:

Two suns were singing in unison. These nuclear balls were emanating a high pitched glaze of sound and heat upon a stricken terrain devoid of life — crushed rubble — all the signs of collapse — failed civilization — deep with loss. I stepped out into this devastated terrain — having seen a hundred worlds like this before. I expected very little — to scan a world of ruin — and find the same clues — the same hints — suggesting death — demise — and most notably — that it was all their fault.

That’s not what happened. I found a smiling little one of them — still alive. I would find many more. Like most sentient aliens, these ones had races and genders — evolutionarily generated variation — a gift when compared to the clone beings — discovered by some of my colleagues — in the cold places — the galaxy’s thermal dead-zones. Regardless — I’m not sure what kind this one was. I assume it was young because it was small — a generalization. I read it the normal canned nonsense.

“I hereby — blah — declare the federation’s presence — we therefore open the arms of peace – together our people…. blah blah…”

My issued voice translator device had already scanned the organism in front of me, and so it converted my dumb speech into their language, and blathered out some kind of synthy audio mess. It understood. With a certain gentle light in its eyes, it said something back.

“Holy hell” I thought, “Here we go. Now it’s going to tell me some kind of freaky shit about how it survives off of old scraps, and maybe to beware of the irradiated wolf boys.”

“[Warmth] Welcome to our home. You are welcome here. We are the [Pronoun] Ones that Remain. We love and share.”

I wanted to trade speeches with it. That simple jam of sentences found my heart in some kind of nostalgic soft-and-close way. I was intrigued.

“What happened here?” I asked.

“They got into a fight and then they left.” It said.

I then learned that these beings had survived wars, famine, disease, extreme weather, and a full spectrum silly apocalyptic horrors. But they were here — in front of me — smiling, full of love, looking like a group of ground animals with more grace than the galactic council elite. Grace was relative — of course — I had to put noise cancelling headphones on – remotely connected to the voice translator. The young one was more or less shouting at me with its synthy noises.

Apparently, they were the good ones. The bad ones had gotten into a fight with each other. They were highly xenophobic, got into a nuclear war, managed to destroy the planet, built spaceships, went into space, colonized a nearby world, destroyed that planet too, and then died there. I sent this nutwing info to NSTAT for confirmation. Verified. I asked another question:

“What is your purpose?

“[Laughter] There is no purpose or logic. Nothing makes sense. The irrational ones have left. But they are proof that nothing makes sense. It is said that even we are irrational. One day, we too will go crazy. Get into a fight. Build rocket boats. Leave planet. You see nothing can be explained. The great tree of space metal tells us this.”

Then it pointed to a mountain of metallic rubble.

The whole response made me stop lifelessly. I had no idea what the heck this mountain was. But that wasn’t the point. It just looked like a mountain of metal. I saw the real destruction. They were alive — yes — they were fine — they would live in harmony — probably — for many millennia — but they would never — ever — grow. Their sense of logic, adventure, exploration — it had snapped like a spaghettified nanoparticle on its way into a black hole. They smiled and let their stringy hair blow in the wind, but progress left them long ago. They didn’t cope with reality anymore — they couldn’t. The real destruction? To them — nothing was real. They were dadaists — without a reality to fall back into — hopeless.

I had to do it now. The hard question. The one that rationalized my purpose here — an embassador of the galactic council — the question I hated asking — the one that drained my soul — time and time again. It was a question that cut through everything. Nothing else mattered. If you understood, you were crushed. Even them. The ones who were happy with their stagnate disconnection from reality. Even them. Yea. They were crushed. My job isn’t fair.

“Do you know that you are simulated?”

“Your fancy idea is known already.”

Then it got on some kind of a bicycle.

It rode off into the two suns. Disappeared with the horizon. 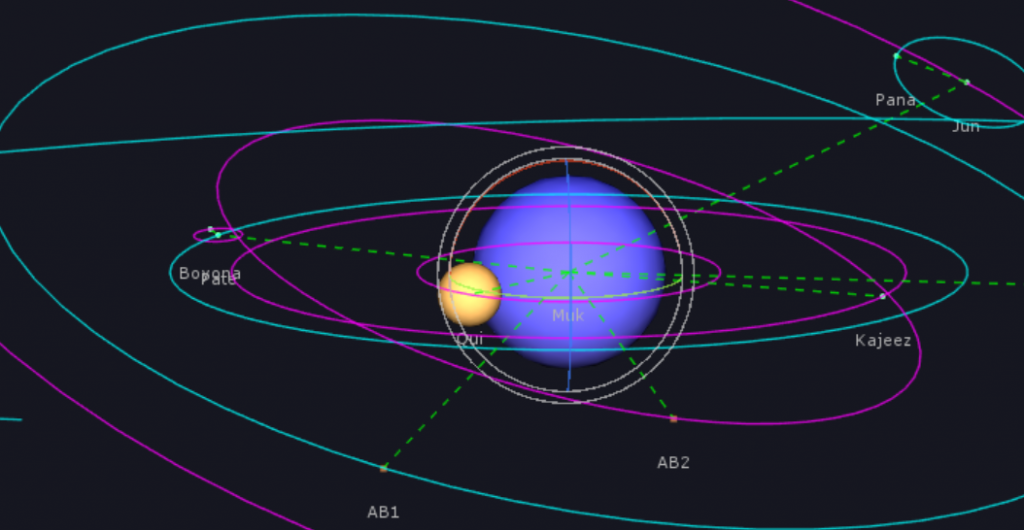 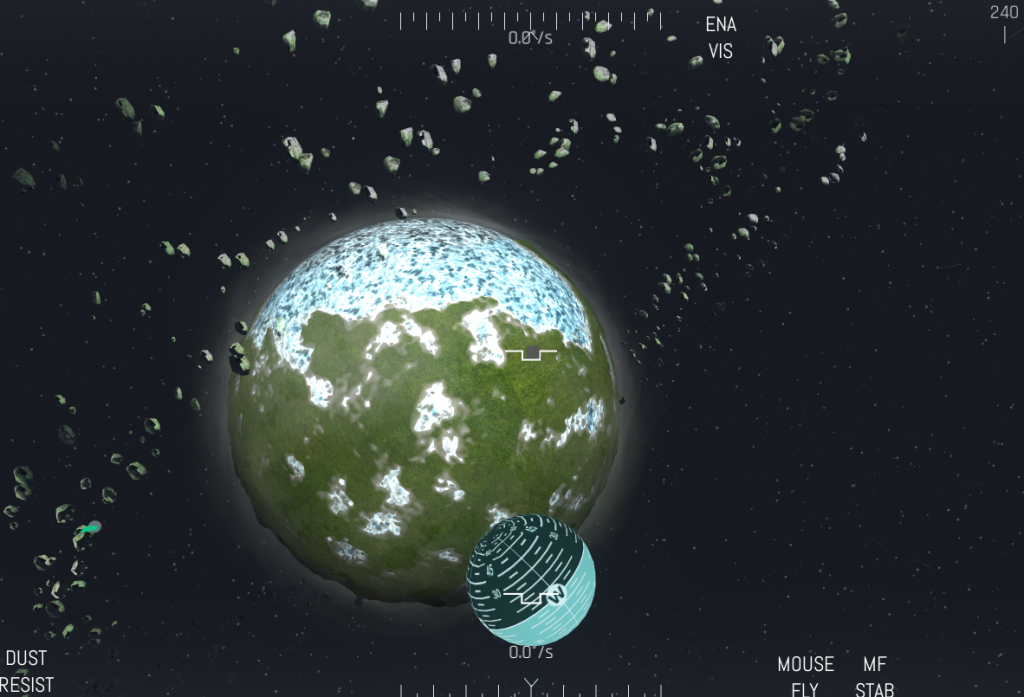 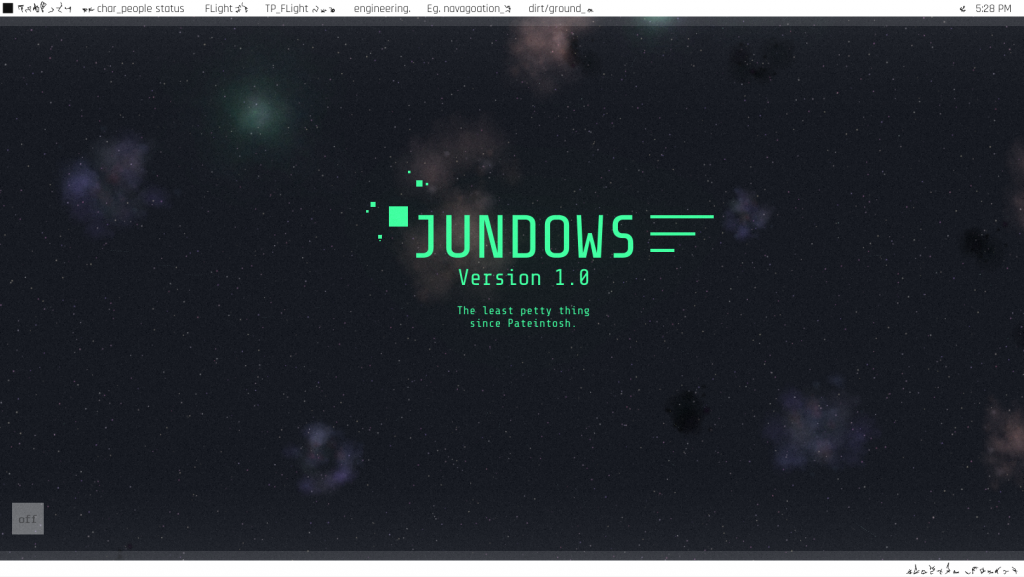 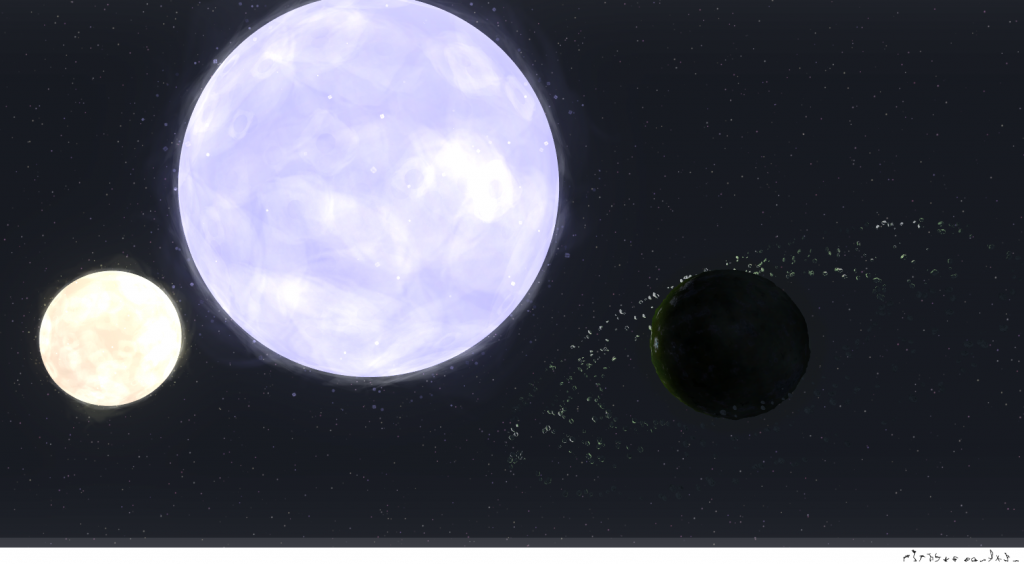