July was incredibly successful month for our project. We managed to implement new features what were never seen before.

July was incredibly successful month for our project. We managed to implement some experimental features what were never seen in neither BF2142 nor BF2 and we’re hoping that it will bring more dynamic gameplay to BF2142 mod. New throwing motion sensor will stick to any surface and detect enemies, improved animations – enrich the gameplay itself and rocket launchers bring some fine devastation to the battlefield.

We would love to present you completely new gadget to BF2142 universe - the motion sensor aka Motion Ball Grenade. So far it’s the first fully functional dynamic radar in both BF2142 and BF2. Find out why it’s really worth to worship the holly ball. 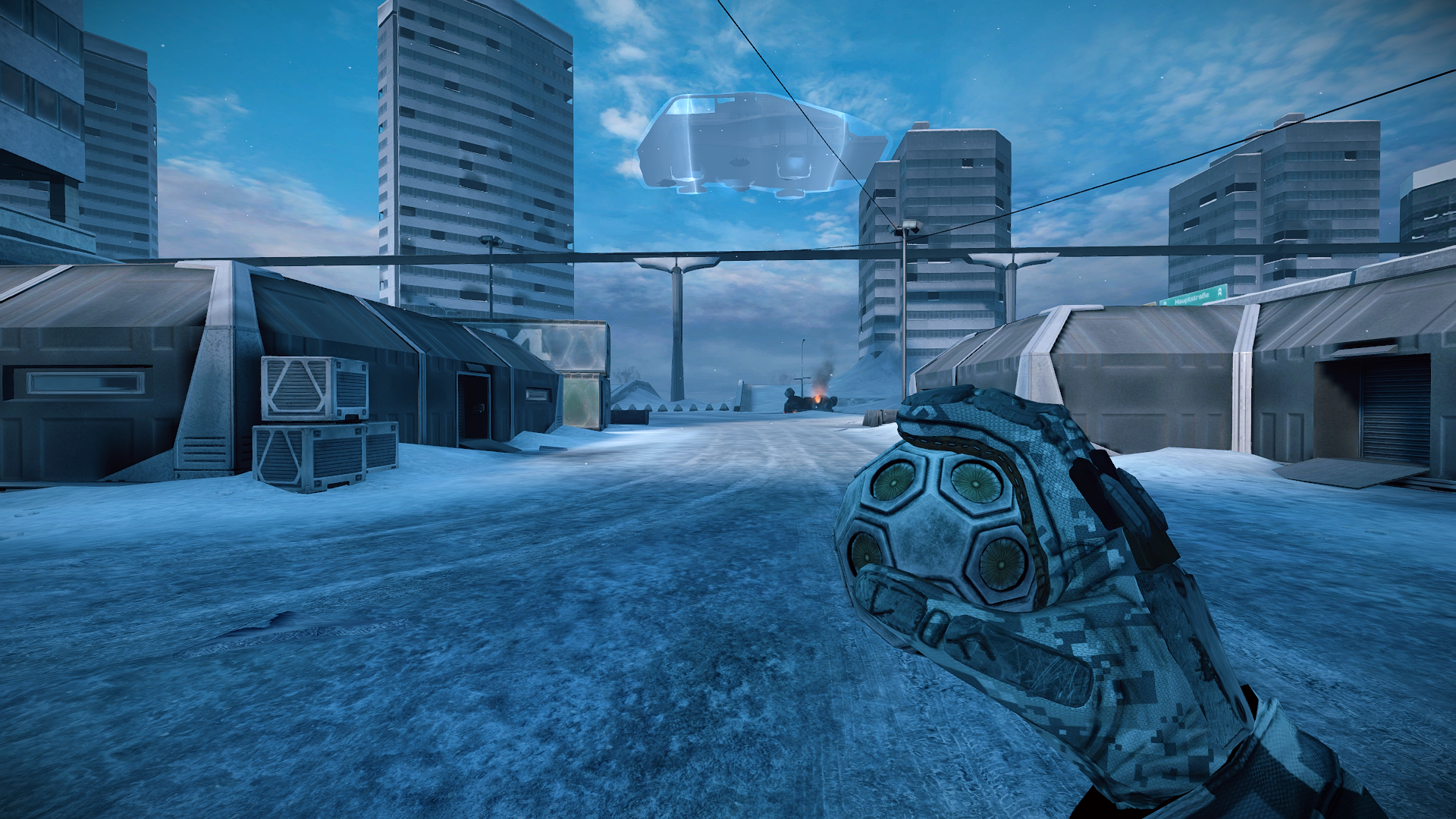 The Motion Ball Grenade is an integral tool for scouting and collecting real-time intelligence, designed for sensing even the slightest twitch of movement! It will scan both infantry and vehicles and show them on your minimap. Never experience that feeling again then sneaky enemy comes from behind and steals your precious dog tag. It replaces frag grenade for recon class (both PAC and EU kits). Perfect choice if you're interested to play stealth and want to know exact foes positions. Gadget also stick to almost any surface (including the vehicles) so you can find interesting ways to use the new gadget. It also comes with snow skin. Model export, animating, coding credits goes to TUERIX.

Our animator and modeller TUERIX managed to find magical to way enhance each weapon's animations to make them feel more natural. That include new animations while weapon owner is moving left/right directions.

DICE created all the rocket launchers the same just with different skins. This is all different in Project Remaster (well this does not apply to the planned multiplayer version of the mod). We see rocket launchers in new way and we are trying to apply unique stats and functions for each what will influence their conjunction with assault rifles. All launcher animations are done by TUERIX. 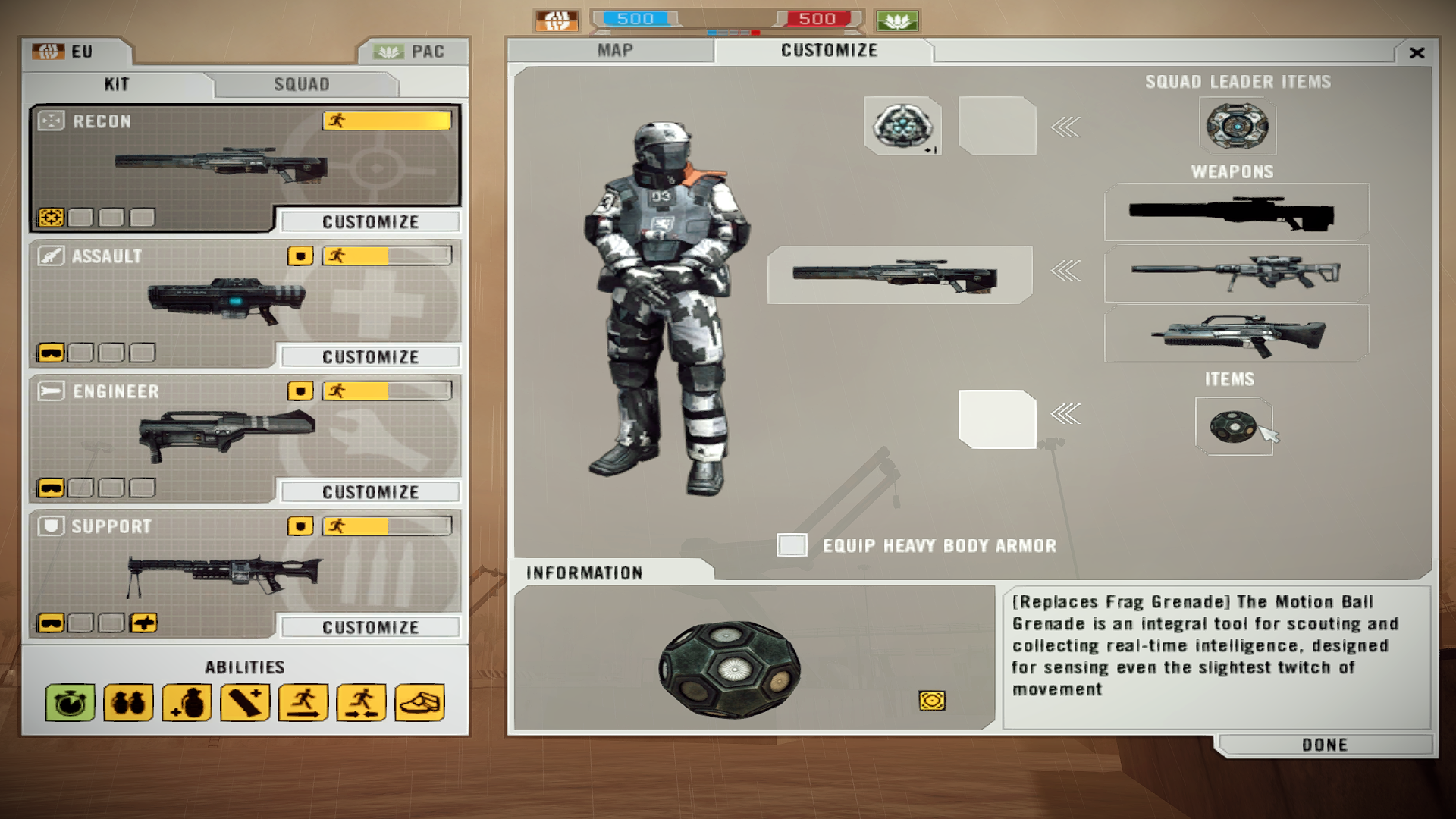 Another task - to rework HUD icons was accepted by Sgt_Prof. We know that even such small, esthetical elements as HUD icons are vital for building a quality image of the project. Previous little .tga icons made by DICE were fine as BF2142 was launched but right now such old game is having not easy time to fit the new generation needs and their large monitors. Old .tga icons right now are being replaced with larger .dds ones to ensure better quality, but so far weapon icons are not final and subject to change. We are also hoping to implement new soldier renders.

One more delicate skin for Zeller-H made by our fellow Pe†eR-KuN. In image above you can see winter camo variation for the heavy sniper rifle. It's always good then yours Zeller can properly fit to environment. Just keep in mind you'll be having harder time finding it if you lose it in snowy place... So be careful... 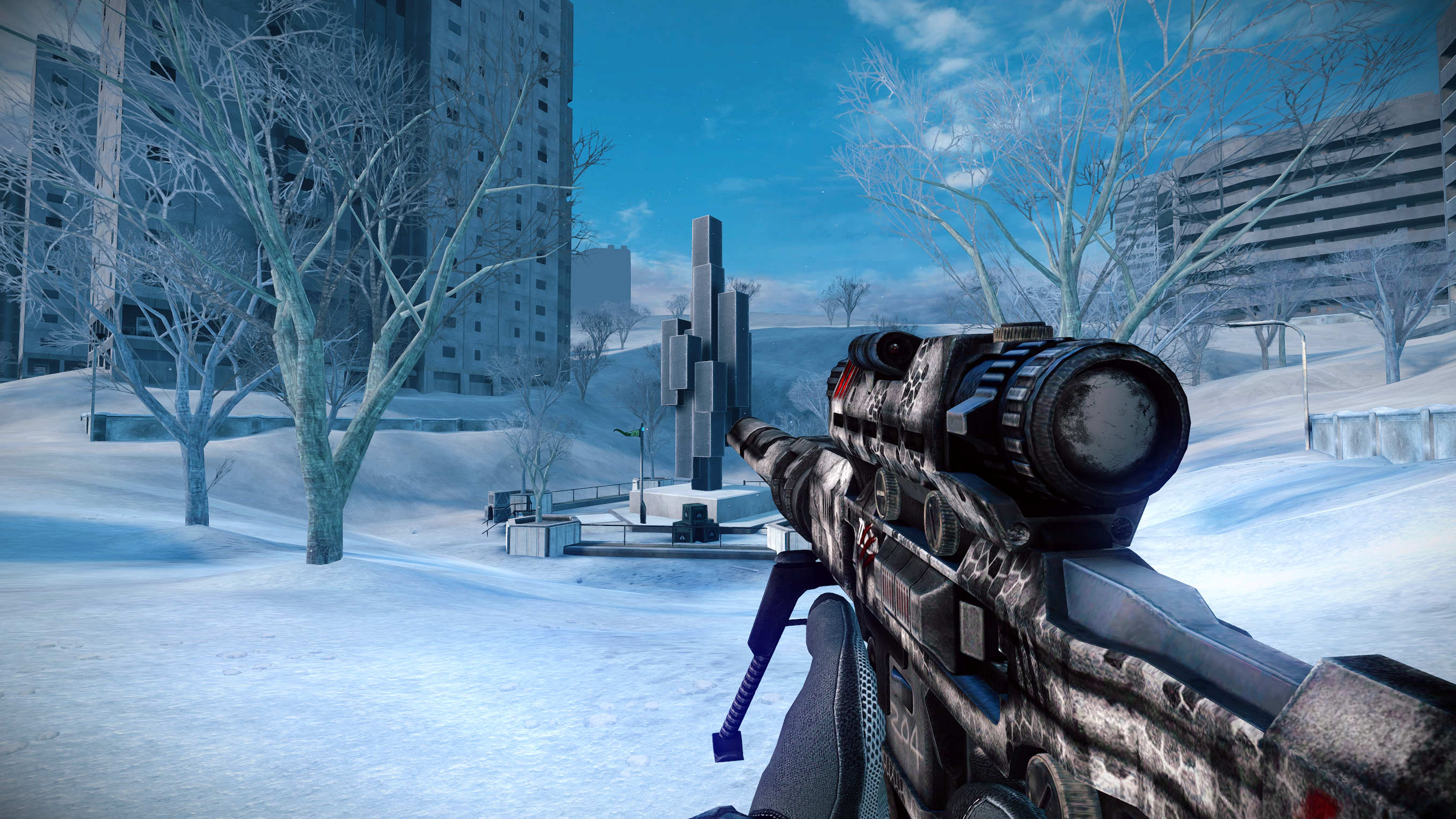 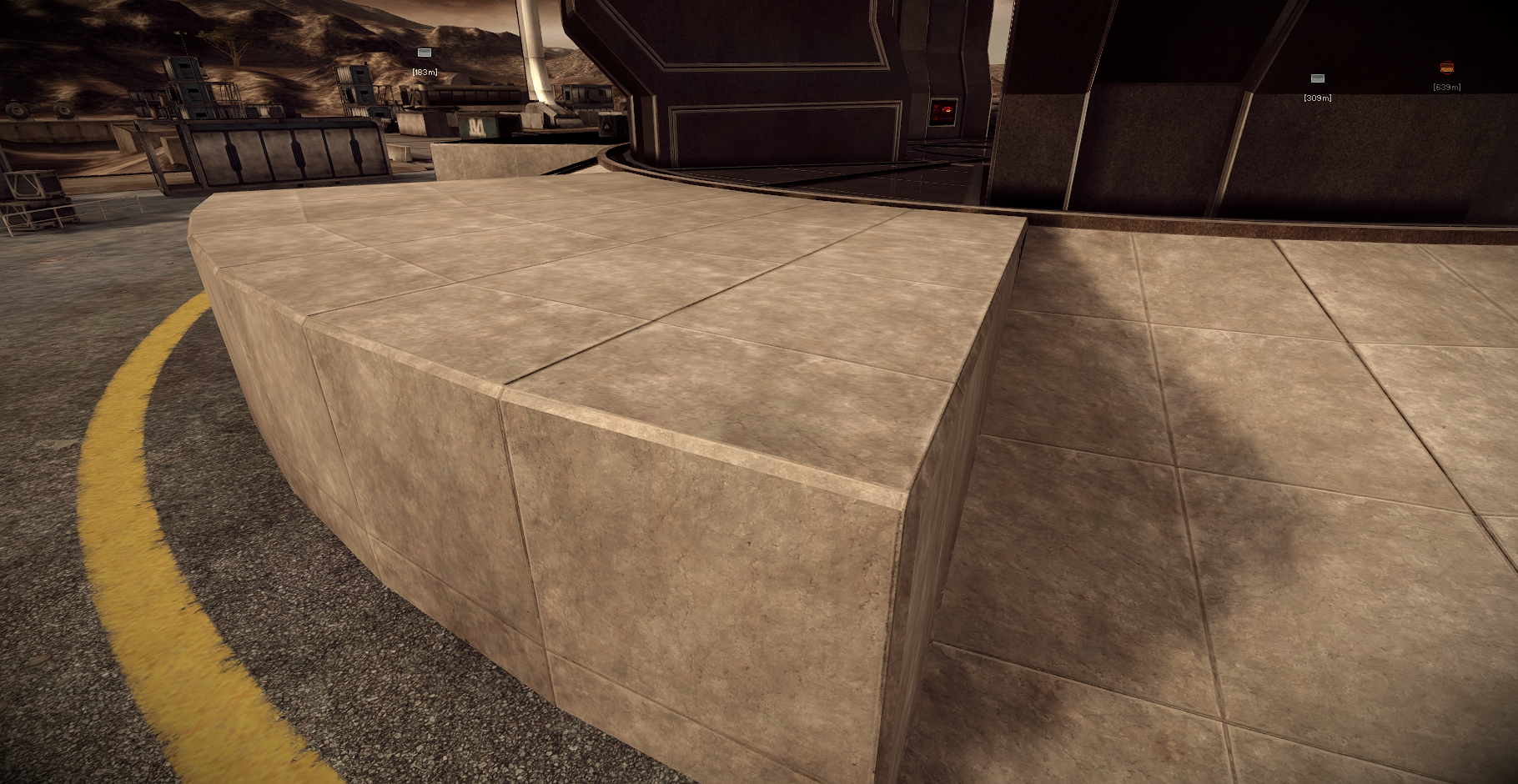 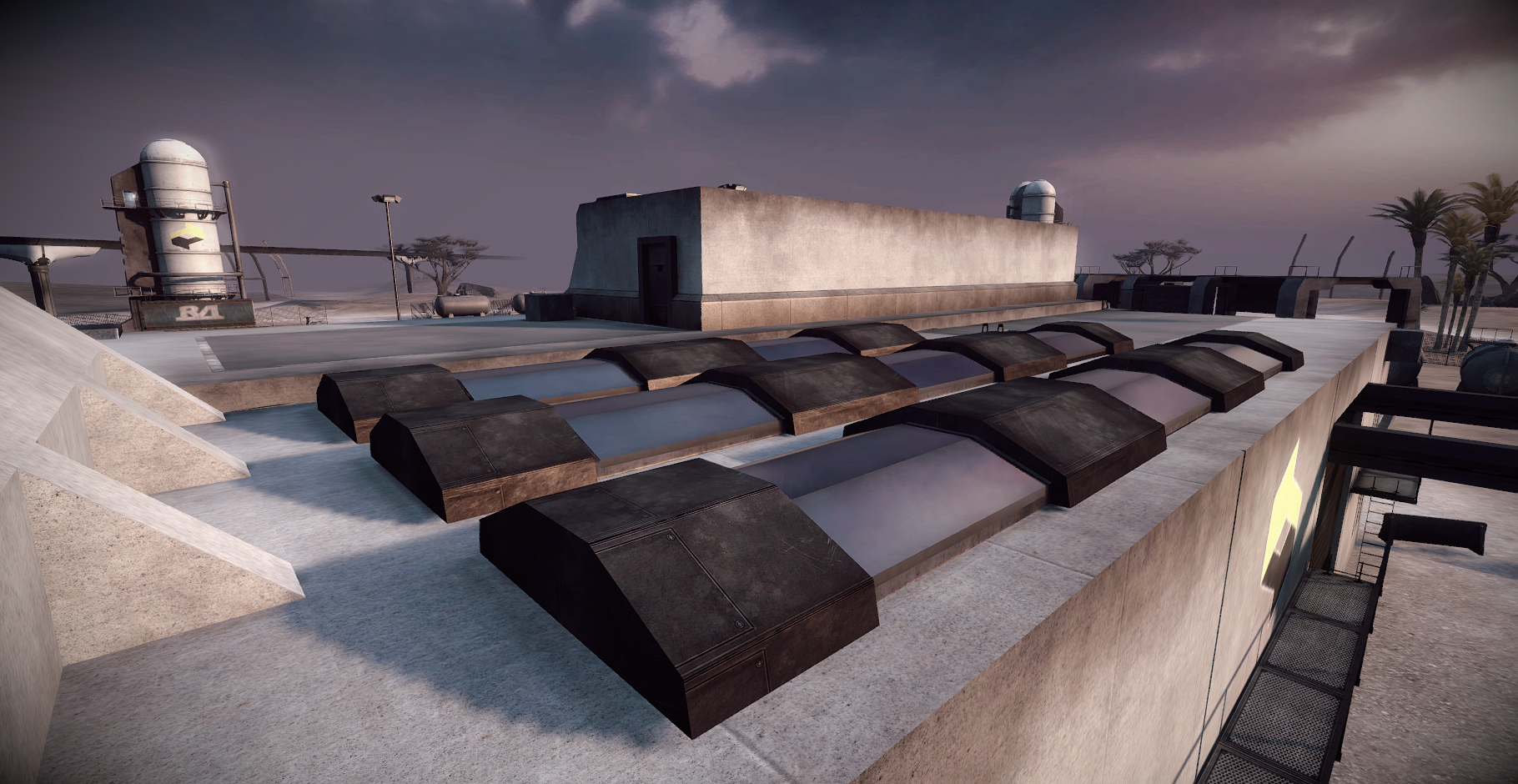 Few samples of updated statics textures (Done by Sgt_Prof). Retexturing project is almost finished and all what is left are just minor texture corrections. Some textures are not yet perfect and needs further updating.

Excellent work like always! I can't wait to see the new version! My favorites are definitely the new animations which look truly outstanding and the textures which are on a very high level.

Congrats to the whole dev team, you guys are really making a difference with this mod. Between the Revive Launcher/ BF2/2142 program and this, it looks like these old gems will get some more mileage. Been playing the BF games since 1942 and I never thought that 2142 would be brought back to life like it has. Lord knows that the community was pretty bad to that title originally (With it releasing more or less next to BF2 and it's big updates/expansion packs).

I'm at a loss for words with this one.

The more and more I see, the more excited I get with anticipation!

Thanks for a massive update! Keep up all the great work team, each and every one of you are contributing to one of the most epic undertakings in Battlefield modding as far as bringing an old game into modern times graphically.

I'm very sure we'll also be seeing BF:K taking the front page featured spot too, again in the future ;)

Hehe, I sure hope so!

If i didn't know this was a mod, i would've thought this was a brand new game! Bloody terrific work lads!

Incredible! Keep going for the love of everything!

Wow that awesome,there is no words to descrip your works keep up the great work

U work is gorgeous, i can't wait for the release. I hope my foundation can make Project Remaster fly high...!!! Have a nice day !!!

Thanks Neomax, that was great help.

Is it possible that this mod is released as a stand alone just as PR was? BF2142 is no longer supported by EA meaning they don't give a d*** about stand alone releases and such.

Battlefield 2142 was my favorite & I remember countless hours usually in the snow! - miss the high tech. Only reason I stopped playing was the graphics and PC wasn't up to standards at the time. Going to follow and see how your projects unvelopes - keep up the good work!