Here we look at some WIP models, and some screenshots, as well as the now final version of the Teaser Trailer. Enjoy

Welcome to the July Update for X32I Redemption, in this update we will be taking a look at a couple of work in progress 3D models, the UEA Turret Rail Gun, and one of the UEA shuttle designs.

Also in this update is the brand new teaser for X32I Redemption which contains custom composed music from Gareth Coker.

The team has grown in size greatly since I started the project on my own, from a 1 man team to a team now in the 20's.

A little Info about the Teaser:

The teaser takes place at the start of the game, first showing the players ship David Greenhall destroyed after what appears to have been a massive battle, and with heavy cruisers floating now as debris.

Here are a couple of screenshots from the same level the Teaser video was created from which where previously used as a teaser... for the teaser :p. 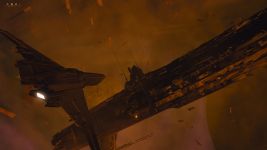 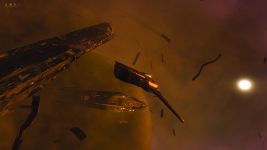 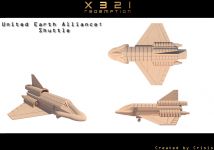 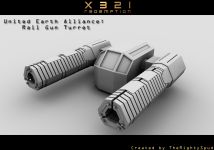 Tracking looks very awesome, the trailer made me to track -_-

Bloody gorgeous teaser. This looks like a very promising mod indeed and I'm following it with a great interest.