Working up to the massive overhaul that 1.3 will be, 1.2.1 focuses on the game's final boss fight and ending.

So I've finally learned my lesson about trying to cram a zillion updates into one package like I did with 1.1 and 1.2. Instead I'll be releasing updates to the mod attacking specific areas of the current game leading up to 1.3. That means we could see updates once a month or more. My goal is to get 1.3 done by July, since finishing major releases of the mod in its titular month has become an accidental tradition of sorts.

The overall aim of all updates leading to 1.3 is to reinforce the action-RPG aspects of this mod and the nu-fantasy universe it takes place in by making the combat more fluid, the story more relevant and the performance better optimized. 1.2.1 shows examples of all that by focusing on what, to me, has been the most underwhelming aspect of the mod, the final boss fight and both endings. 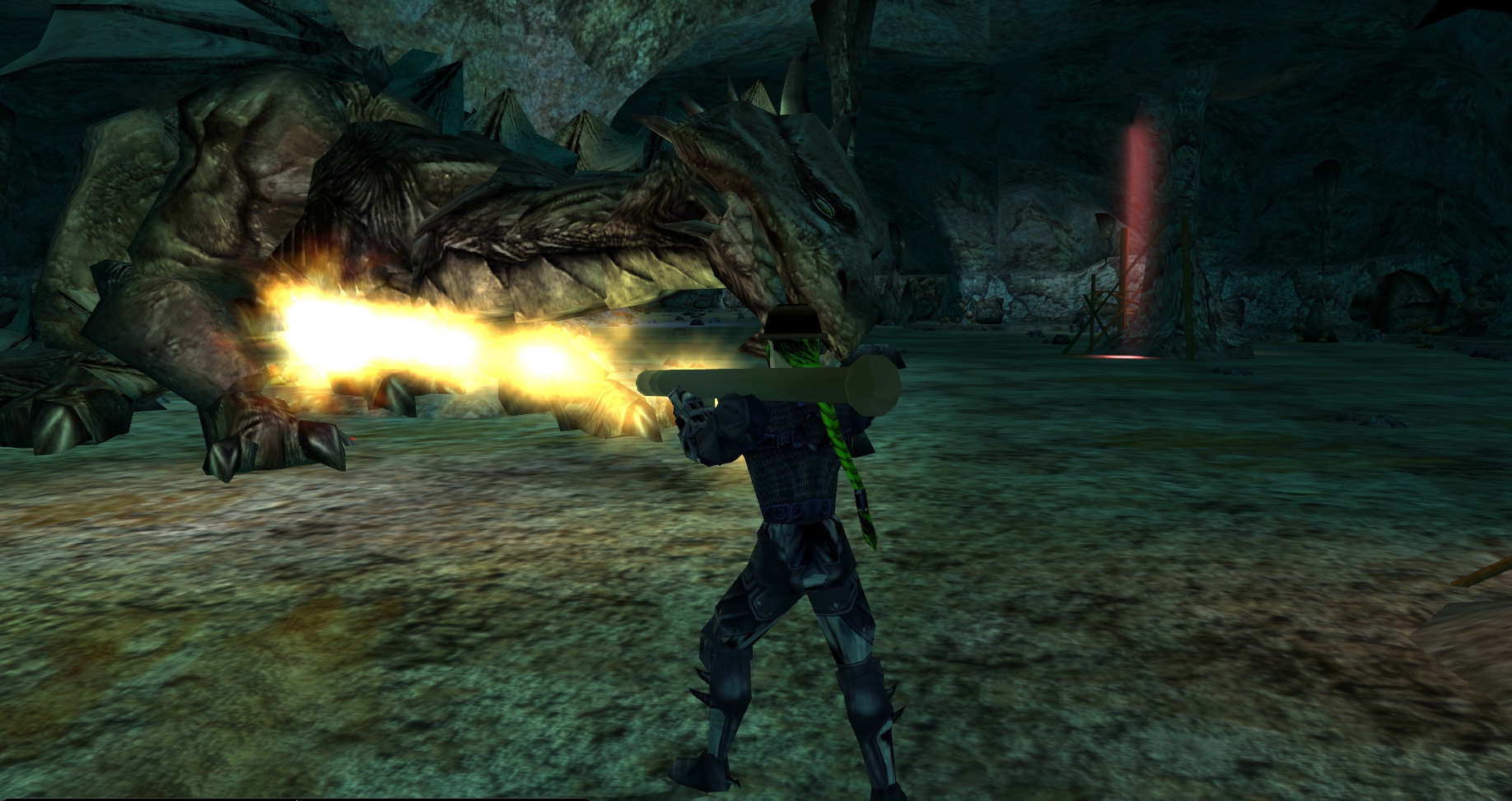 At first I tried very hard to make the game's final hours canon to the original story, since I intended to translate the rest of the novel into an NWN mod. The result was a boss fight you could not win and an ending that answered no questions. Version 1.2 made it (barely) possible to kill the final boss, but the alternate ending was rushed since the original was still canon. Now I've decided, to hell with it. The player kills the final boss and gets the ending they damn well deserve.

So now everything about that final battle has been revamped. The previously blocked-off sector of Tier-Anoch is now accessible, more than doubling the size of the combat area. The "Weak Points" that you had to insert CASA bombs into can now be destroyed by any weapon. Destroying a Weak Point causes the surrounding ceiling to collapse, causing massive damage and a 15-second Knockdown on anything within range. There's also now twice as many of them, so luring the boss to a Weak Point and chucking a grenade at it is a key tactic to bringing it down. Don't get comfortable with that, though. As the boss takes damage, he starts to call in some help, so for the entire fight you need to stay on your toes. 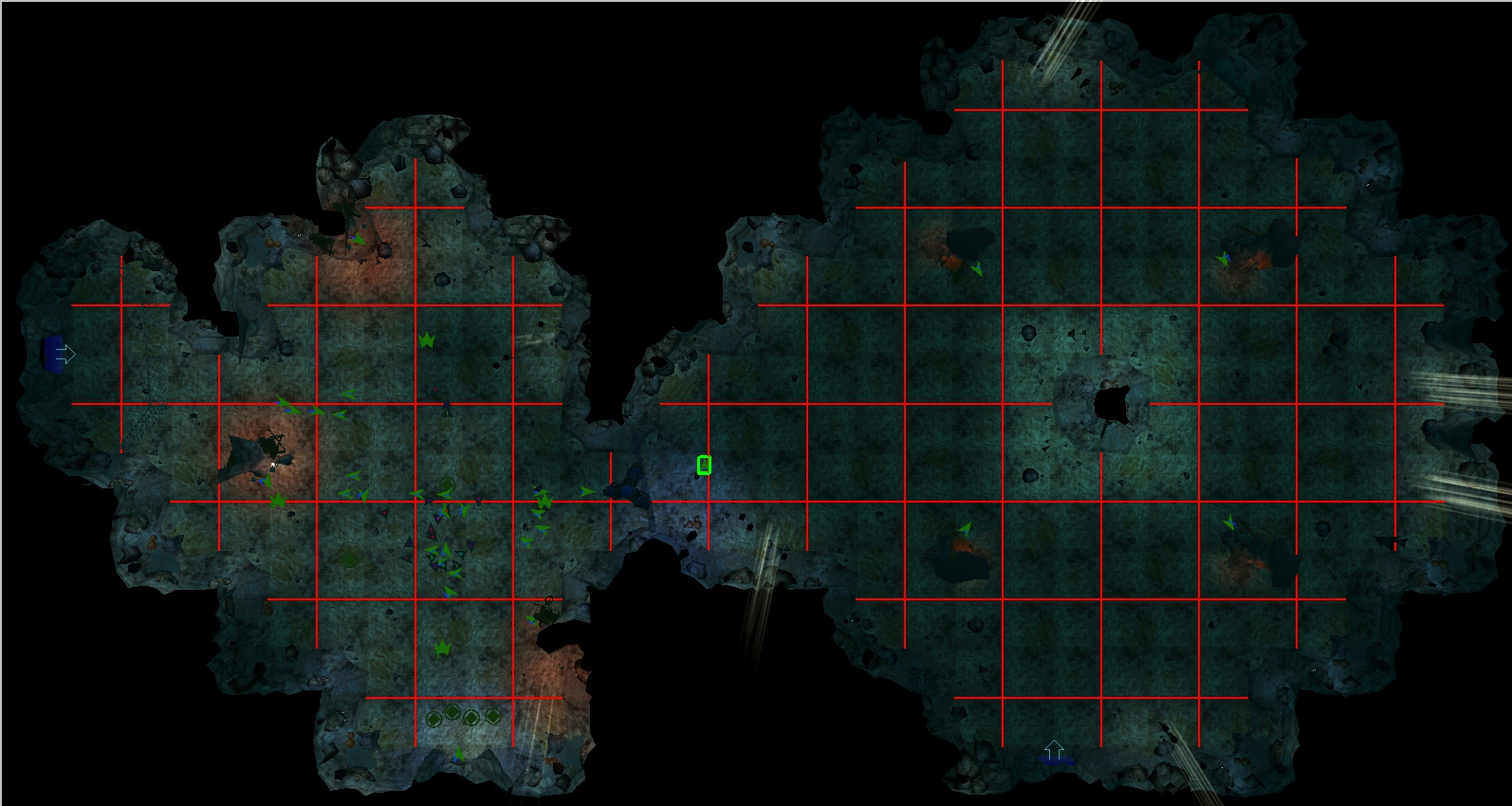 Originally, the boss had to be fought in that tiny area on the left. Now the whole cave is open.

The cutscenes after that are getting reworked for better camera angles, animation, and background action. The original ending is cut entirely: It's gotten zero positive feedback and the movie is a pain to code anyway (Though I am gonna miss Frank Perez's delivery of the line "That fucking Nomad!"). I also have additional cutscenes planned to foreshadow the ending earlier in the game, but that will have to wait for another update.

There are a few general changes too. Players now have the option to spare Nobien (with a surprising result). The main battle area now has an orchestral music track, reserving nu-metal tracks for Adrenaline Rushes since they're supposed to reflect Alex's mental state during a fight. Most of the metal tracks have been replaced with songs that better fit the game's culture, including the boss fight track. And for the time being, the ending credits video is cut. A new one will be added when all new voice acting is implemented in the game.

I'm honestly feeling better about this mod, and modding in general, than I have in a long time. I feel like a guitarist that sobered up and got back with his old band. Hopefully when all the updates are rolled out, this mod can attract new players to the NWN community.