A good war leader knows that he cannot manage every aspect of a battle by himself; and so he delegates responsibility to other clever, charismatic soldiers who show martial skill and leadership ability. The realm of Erebor is no different in this respect, and so The Dwarf Holds introduces a new unit: the Burk-Gabil, or Dwarf Captain.

The Dwarf Captain, trainable at the Hall of Elders, is a useful support unit for your infantry. Powerful even alone, the Captain can dispatch small amounts of enemies, and is particularly effective against monstrous creatures such as Trolls. However, he is most effective when used in conjunction with your other units, as he posesses a useful leadership ability. This effect grows in range and power as the Captain gains levels - a highly experienced Captain will massively increase the damage and experience of nearby units. Keep in mind however that though he is tough, the Captain is not a hero and cannot be respawned. If he dies, you will lose all that accumulated experience. Captains are also limited in number - you will not be able to train many at a time.

In this pair of images, see the Captain leading his Dwarves to victory over a party of Orcs. A quick look at these screenshots will also give you a glimpse of our new leadership effects! 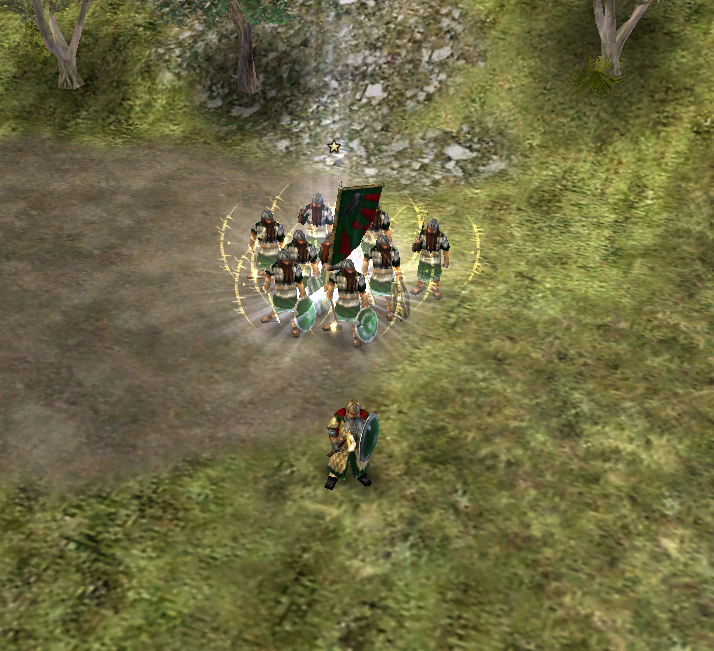 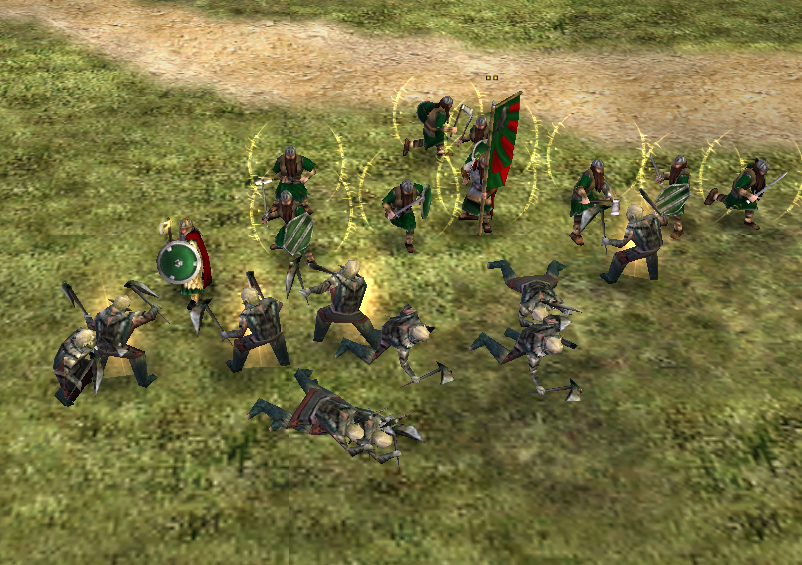