An update pertaining some unique features of The Dwarf Holds.

Nertea wrote: I'm going to be working out some irregular updates to give you all information on the various aspects of the mod. Unlike the old Sneak Peeks, I hope that these will be more gameplay-based and therefore more interesting. Also, you're probably tired of looking at nothing but renders

Dwarf nobles rarely go to war without a retinue of warriors whose duty is to advise, counsel and of course guard the life of the Dwarf in question. In the events described in There and Back Again, even the heir to the Lonely Mountain in exile had such a group of retainers who accompanied him on the Quest of Erebor as his companions and bodyguards. On the battlefield, these Dwarves can form a powerful armoured core who can shield the Hero from harm as well as being in their own right exceptionally powerful infantry units.

In The Dwarf Holds, you will be able to train several units of these retainers. Equipped in similar fashion to the Khazâd-uzbadu but sporting the livery and colours of the noble they guard, each unique unit is an expensive but devastating battalion of warriors. You can train one unit for each of the three major Dwarven heroes - King Dain, his son Thorin III, and the venerable Gloin. Besides their appearance, these troops also reflect the values of their patron in both statistics and abilities. Dain's guardsmen for example favour defence, and therefore sport additional armour. Thorin Stonehelm's Guard prefer the attack and have improved offensive capabilities as well as a power that temporarily increases their speed.

These units are best used in conjunction with the Heroes they guard, as these troops will defend them to the last, granting the hero in question an additional defensive bonus. They are effective against infantry, heroes and cavalry, and can handle monsters with some difficulty. However, their heavier armour makes them slower and therefore vulnerable to hit and run tactics. In the following screenshots, Thorin's Guard watch the walls while King Dain's picked men crush a small band of Orcs. 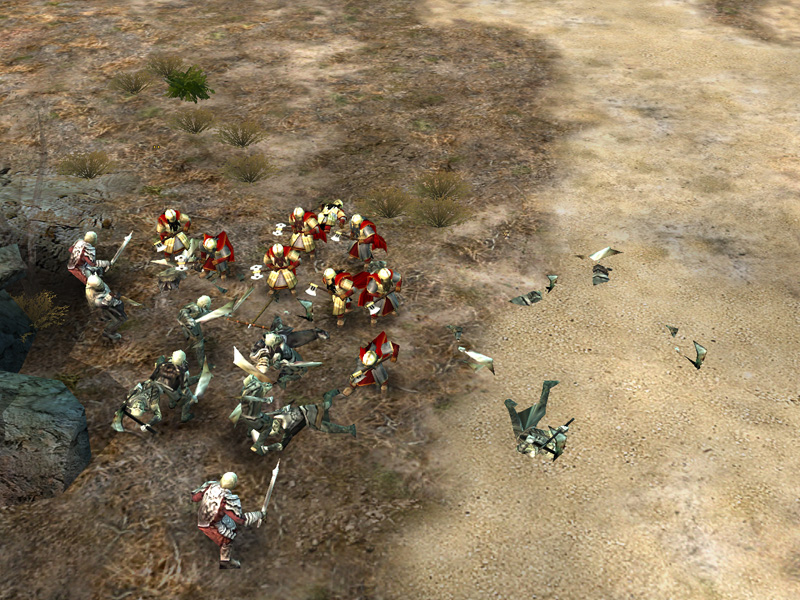