Hey there everyone, these last two weeks have been quite busy! We've decided to switch over to a devlog style approach to our updates so that we can include some more diverse content in each one.

One of the big events in the past couple weeks was upgrading our version of Unity to 5.5. Previously we had been working on version 5.3 which unfortunately had many issues including bugs with the particle system. With the new update we've got access to many new particle system features and a significant performance increase.

With the newest version of Unity we've been able to add trail renderers to several of our particle effects. The healing spell was our first to feature this (as was seen in our last feature post), and many other spells were updated with trails and the new particle lights. Because of the update to Unity 5.5, most all of the animated particle systems required to be completely reanimated, but they're looking better than ever now.

Journey's End is about exploration and immersion into a strange alien world, and the atmosphere and weather are very important in bringing the world to life. We've reworked the fog in Journey's End to have a much more realistic feel, and many of the weather transitions have been updated. There are now full weather cycles in addition to day / night cycles.

One of our major reworks was upgrading all characters and creatures to use the same generic system. Part of this upgrade was also redoing the physics and movement system to allow for animation independent movement. Originally Journey's End was using mecanim's root motion, however larger characters had a distinct advantage in movement speed and creatures had a much different move rate than humanoids. With our new system, movement is stat-dependent, meaning that an individual's stats will determine how fast they move. 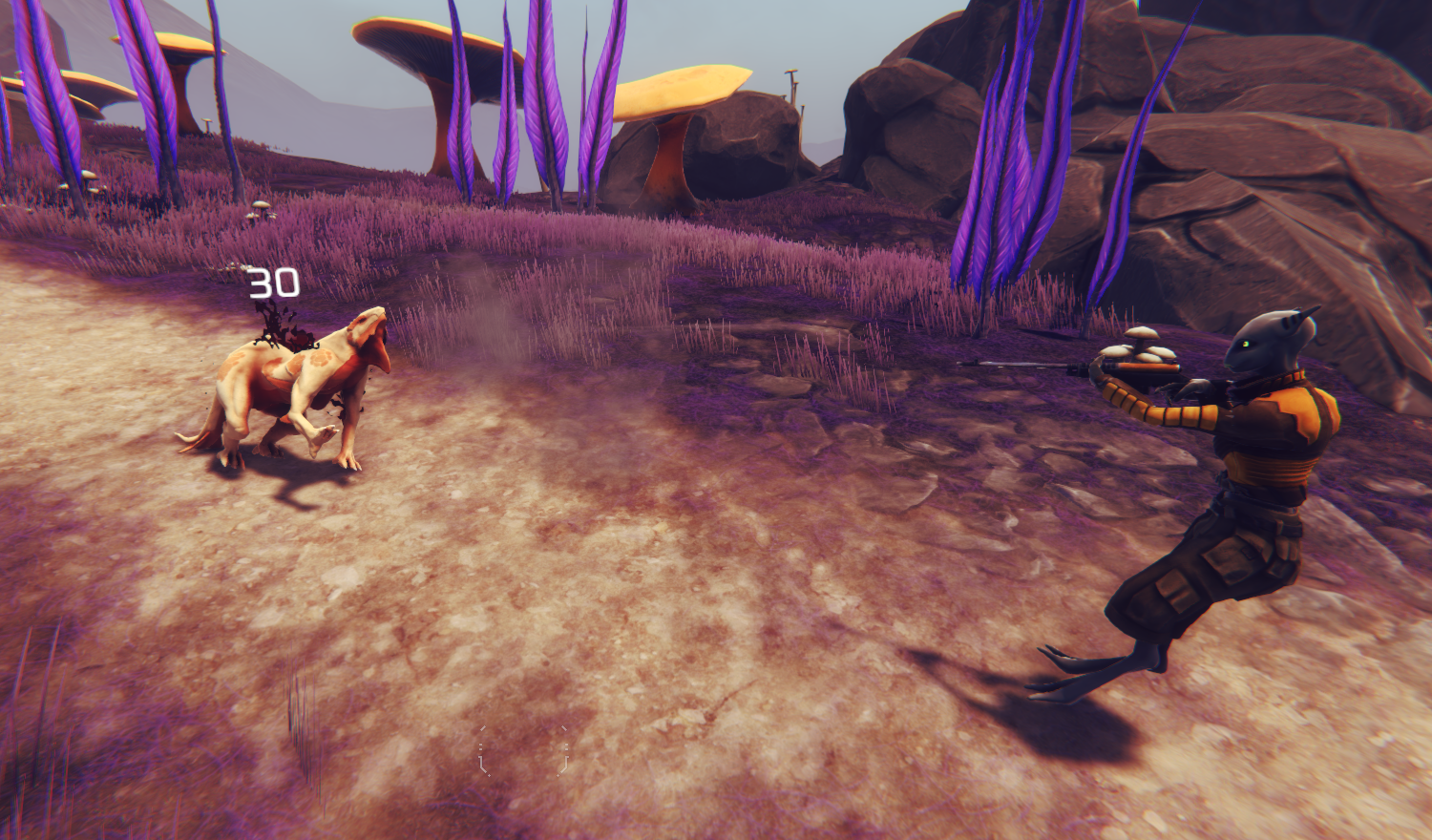 For visibility sake, we've added damage number pop-ups above where a shot connects. Before it was too difficult in judging how much damage you had dealt, and we feel that putting visible numbers to your shots made it a lot more satisfying. In addition to damage pop-ups, damage can also have a knockback value, causing enemies to lose speed.

With the new physics system, spells can enhance the move speed and jumping power. Spells such as fireball and ice shard can be dodged or jumped over, making combat more interactive. We've got some more physics based spells planned, such as forcing a target into the air or pulling a target closer.