Post news RSS Join us with the Ancient Frontier Kickstarter!

The Ancient Frontier Kickstarter is now live. Read on to find out more about the game and why we chose to go the Kickstarter path.

To check out our campaign, visit here:

So the Ancient Frontier Kickstarter is now live! Ancient Frontier is a cinematic turn-based strategy PC game with RPG elements set in the far future. You command the fleet with combat inspired by games like XCOM, Master of Orion or Age of Wonders. Players will explore, conquer, pillage, or liberate the frontiers of space. Take control of massive fleets of capital ships and support craft as you play through multiple campaigns. 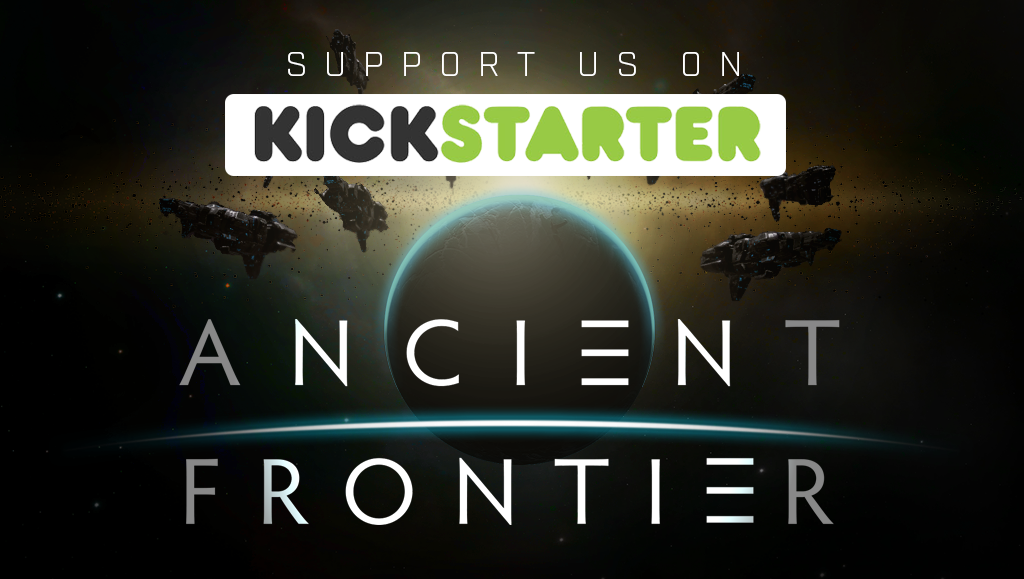 We previously gave a rough overview of Ancient Frontier during our Greenlight campaign. You can check that out here: Indiedb.com

Thankfully for the great community out there we were Greenlit in just 6 days. We are still on track for a Q2 2017 release date, which is what we targeted back at the start of this year when work on this project was still in its infancy. Everything has really been going great with the project so far. We have already put in thousands of hours of work and it is great to watch such an ambitious project come together!

So if everything is going so well so far, why Kickstarter? Well, earlier this year I had blogged on Gamasutra about the success and failures of our first game, Bladestar.

You can read the Article Here.

However, if you don't feel like re-reading that, in short: our experience with Bladestar was that we had a game that critics and gamers liked, but we spent way too much money on the special effects, so the game lost money. Indeed, the game lost a lot of money.

But all of the gnashing of teeth over a commercial failure doesn't mean much if we don't learn from our mistakes, right? So this time around we are going about it differently.

This time we have the budget set aside that we need to finish the core game. However, rather than taking the financial risk and sinking a lot of money into more immersive special effects we are turning to the community to see how much we put in the final game.

Now, the end game will still be "polished", with accessible game-play and a smooth interface. But we are not putting out any money on fancy bells and whistles... cinematic cut scenes, quality voice acting, etc. Instead, the amount that we put into the extra polish will be dictated by how much money we raise explicitly for that purpose.

This approach has a couple of advantages.

The first advantage is the benefit to the Kickstarter backers. This is not a vaporware product living only in imagination. This is a game that is quickly approaching late stage development that will be completed with or without the Kickstarter. This means that backers don't need to fear of being scammed and losing their money.

The second advantage is that this gives our community a chance to weigh in. Does all of that voice acting just get in the way of a good game? Maybe games come out with too many special effects and should be more simple? If you feel this way, then there is no need to back this kickstarter as you will still get the basic game. But if you like your games with bells and whistles then this is your chance up front to let us know so that we can add it prior to release.

The third advantage is that we are not going to sink in more to prop up the special effects than we can afford. Rather than kicking out cool looking games that are money losers because we go bonkers on the budget, we are setting up financial safeguards and budget limits well ahead of launch.

This does mean that the Kickstarter is not an all or nothing approach. The amount we are looking to raise is just a small fraction of the overall budget. But it is the important excess needed in funding for "fluff"... the stuff that is cool but really isn't about the gameplay.

As always, please let us know what you think about this article, our game or the Kickstarter campaign. We love to hear from you!

And here again is a link to the Kickstarter. Join us today!