Have you heard of ThunderClap?! Check this great tool for visibility and power your game with fan fuel! 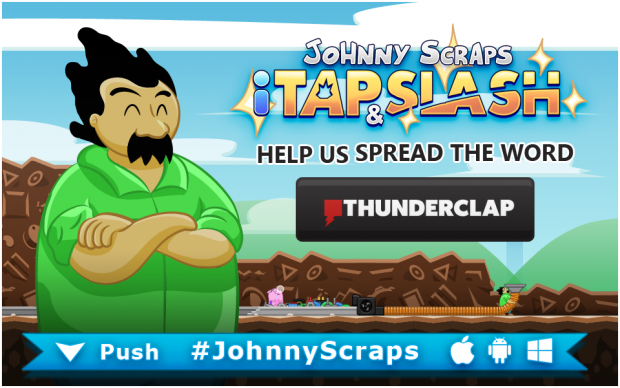 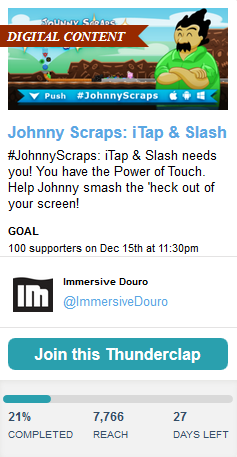 
As launch date approaches for i Tap & Slash it is time to take the word out to the world and make our voices heard. In order to achieve that, a ThunderClap was set and is already in motion.

ThunderClap is an awesome tool for social visibility which lets you invite your friends to post about something you think that is worth it. From a campain to end corruption, to gather a comunity of fans, to launching a game called Johnny Scraps: i Tap & Slash.

A ThunderClap consists in a group of people posting the same message at the same time.
Meaning that, at a chosen date all posts, share, tweets will be done at the same time echoing through out the interwebs!

In Johnny Scraps: i Tap & Slash case, the message will be deployed on December 15th and it's up to you to make the Thunderclap sound in the four corners of the world!