1. The Watcher
I’d always wanted to add an enemy based on a giant floating eyeball. That and a brain in a jar, but I haven’t got to the brain in the jar (yet).

My fascination with giant eyeballs comes from two things. Firstly, the art of Rick Griffin. Rick Griffin was an American counter-culture psychedelic comic/poster artist who helped define the look of the period. Giant, often winged, eyeballs feature throughout his work alongside all sorts of other weird shit. I love it.

Secondly – The Residents. The Residents are an avant-garde rock band formed in the early 1970s who have released a mountain of weird and wonderful work over the past 50 odd years. Their ‘Duck Stab/Buster and Glen’ set is one of my favourite LPs of all time – it sounds like it’s landed from another planet. They were one of the first bands to experiment with multimedia and (weirdly) appeared in Apple’s original demos for Quicktime. The Residents famously used giant eyeballs and top hats to mask their identity throughout their career. 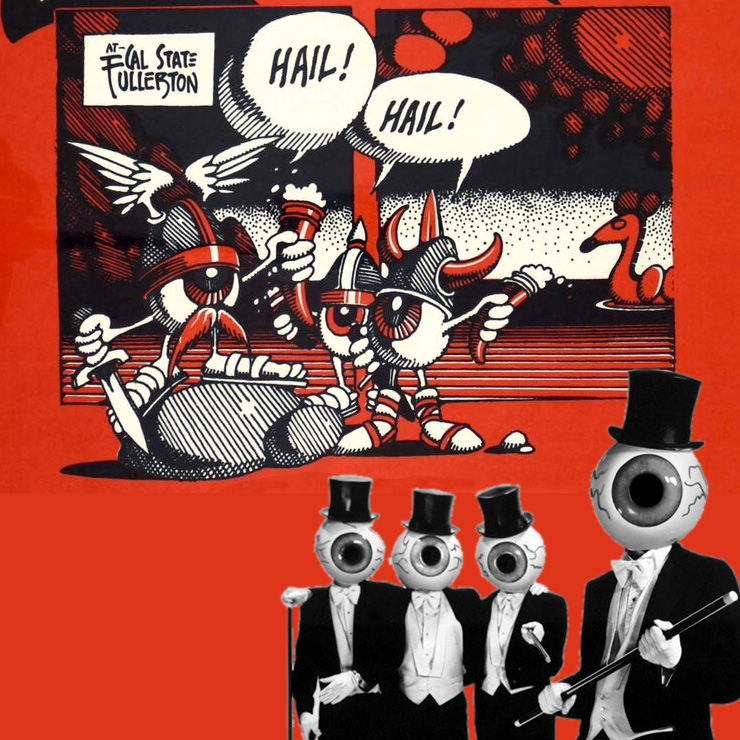 Designing the eyeball itself wasn’t too difficult with such great inspiration to work from. It didn’t really work just as a floating eyeball though, and I thought adding Rick Griffin style ‘wings’ would be too time consuming and complex to animate, so I decided to add some slightly Lovecraftian tentacles which are in fact part tentacles and part severed optic nerve (nice)!

Of course I had to make the eyeball track the player! I also added a laser attack (with recoil) and a background shader effect which is also a nod to Rick Griffin psychedelics. The enemy’s movement is based on the ‘swarmer’ logic from the previous post in that there’s a ‘controller’ for each group of eyeballs so they attempt to circle the player rather than attack the player directly. I also use a ‘baton’ approach for the firing so that only a certain number of the group can ever be firing at one time. In the end I was really pleased with the way this enemy worked out.

2. The Swimmer
The next enemy actually started with an idea for its movement before I had any idea what it would look like. I wanted something that would rotate and attack in short ninety degree ‘bursts’ as there aren’t really many enemies in the game that follow this type of strictly horizontal/vertical movement pattern. Coding the movement was pretty easy but I became a bit stuck as to what the enemy should actually look like. I didn’t want to have anything abstract like a rocket or missile (everything has to have personality) and anything I thought of would have looked weird rotating in this way.

Then, whilst emptying the week’s food waste into my compost heap, I happened to see a bunch of woodlice crawling around. It occurred to me (as it has many times before) that these creatures look very similar to prehistoric trilobites and I though – bingo! That would work! A trilobite enemy would work with that movement pattern and fit within the aquatic/Lovecraftian feel of much of the art. I was amazed when looking at reference material just how many types of trilobite existed, and just how creepy some of them were! 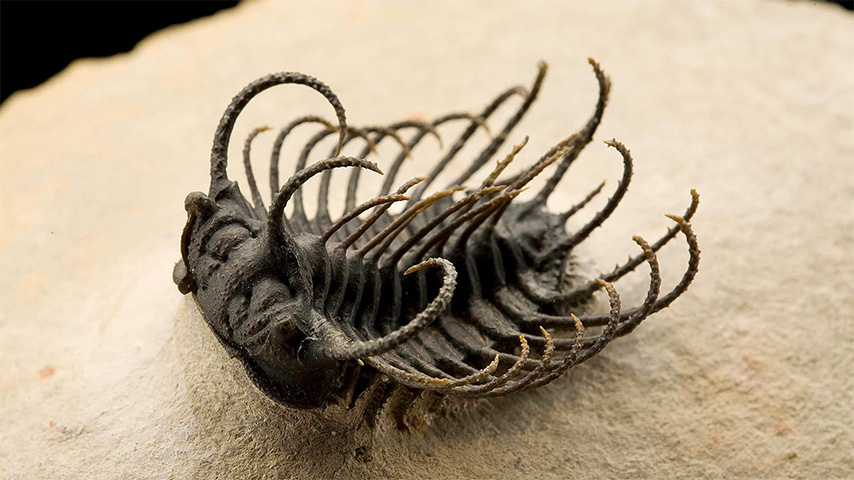 So I got to work on animating a trilobite. This wasn’t as hard as I thought it might be, luckily just using a chequered pattern to infer some kind of skeletal structure worked rather than literally attempting to draw every single bone (which would have been impossible in so few pixels). The hardest thing to get right was the head which I found difficult to make look like something that was seen top-down and facing forward rather than some kind of face looking at you straight on. It actually looked better when seen in the context of the enemy’s movement rather than when worked on in isolation. 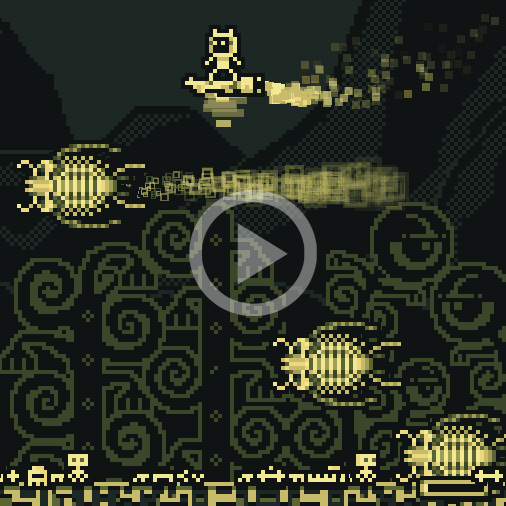 I felt that these guys should have more of an attack than just ramrodding the player so I blessed them with the ability to shoot exploding egg sacks out of their arse (aren’t they lucky)! Also, these are the only enemy that interact with each other in that they bounce off each other as well as off the environment. I felt this made the movement patterns more interesting.

I was pleased with this enemy but when I tested it in-game their size meant they were much too hard for the level at which they needed to appear. Being such a large enemy it looked silly if I reduced their health so much that the player could just one-shot them with a weak weapon. They’d have to appear later in the game, which left yet another gap earlier on!

So, I decided to work on a ‘baby’ version. I edited down the graphics, removed the exploding egg sacks, and slowed down the movement. This made for a much more appropriate enemy for the earlier levels – almost two enemies for the price of one!

Here's a hastily cut together video showing all the new enemies in action...