For the first time, JJ2+ is now being distributed as an installer .exe instead of a bunch of random files that you need to figure out for yourself. The installer will also do some handy stuff for you like registering context menu (=right click) actions for your .j2l files in Windows Explorer. There's also some network code changes, some fixes to bugs that made certain servers unjoinable, a less obnoxious spectator mode overlay, and a bunch of other stuff. Check it out, stay updated!

The newest Jazz Jackrabbit 2 Plus release is distributed by installer! Besides that, the game now runs a bit faster, particularly in levels with a lot of ambient lighting effects; online spectator mode now gives you a less obstructed view of gameplay; viewing the server list now shows you a "Message of the Day" if there's anything you should know about; and there are various bug fixes, mostly having to do with online servers and making them more joinable or less crashable. Check out the full changelog here, then download below! 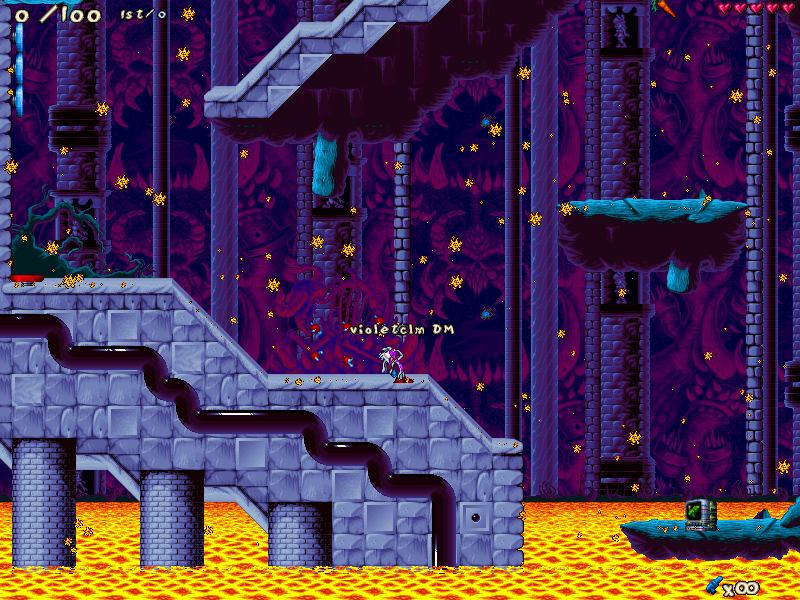 If all goes well, this patch (5.5) will be the last release in the 5.# family, and the next update (6.0) will be another major one with significant changes like we saw with 4.0 and 5.0. But the new installer format should make it easier for us to distribute more 5.# patches if new annoying bugs are encountered. Keep in contact with us to let us know what you think! 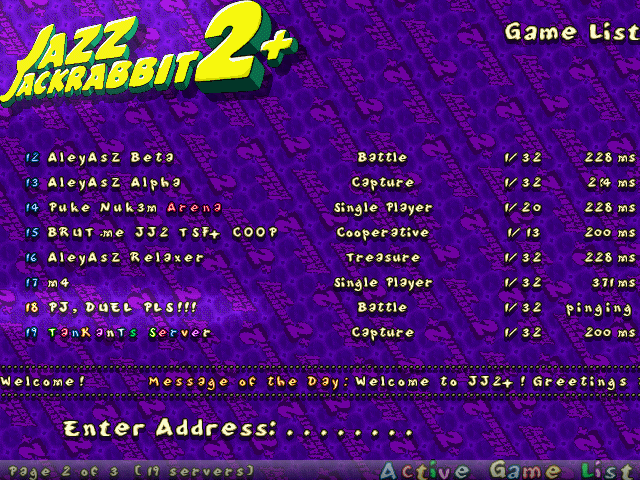