That time of year has rolled around once again, yes it's June 6th D-day! To celebrate D-day's 13th Anniversary I have a big update for you. A (nearly) complete set of Japanese structures and units.

That time of year has rolled around once again, yes it's June 6th D-day! To celebrate D-day's 13th Anniversary I have a big update for you. A (nearly) complete set of Japanese structures and units. On a more personal note this year also marks the 15th year that I have been modding and also my 30th Birthday, so I have now spent half of my life devoted to a single game. 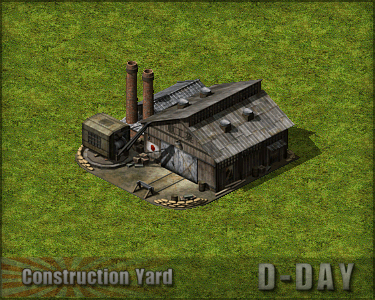 The heart of your base, the construction yard is used to produce buildings. The design this building is based on multiple elements taken from Kure Naval Arsenal. 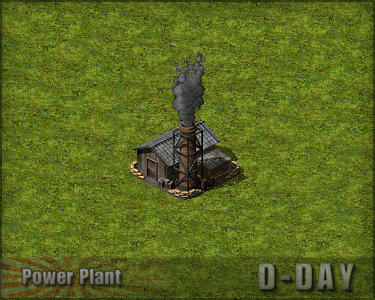 The Power plant supplies electricity to you factories, radar and support structures. It's not possible to find a real power plant the size of a small house, however I was inspired by Japanese bath houses & the chimneys with supporting metal frame that they often have. 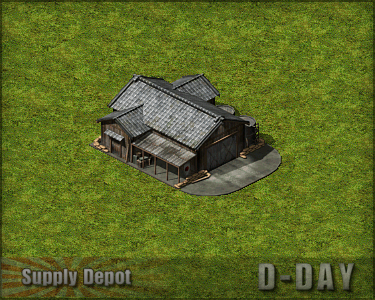 The supply depot is the used to store the credits that your supply trucks gather. The storage shed on the left side fills up as you collect more supplies. No specific inspiration for this design. 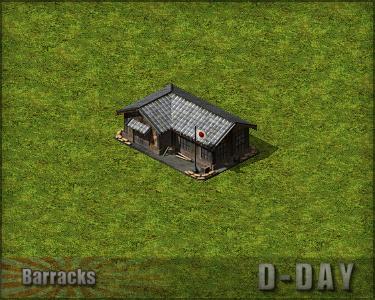 The Barracks is used to train infantry. This building was quickly made off the top of my head & will be replaced in the near future with a design based on a real field barracks on Saipan. 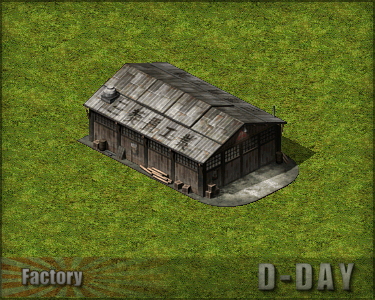 Factories produce all of your vehicles and fighter planes. The design is based on the Mitsubishi factory in Nagoya, where the A6M Zero fighter plane was developed & tested. 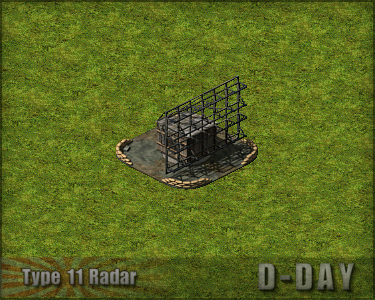 Radar grants the player a map of the battlefield and also reveals a large amount of shroud around itself. The Type 11 was one of Japan's first radar systems and was used throughout the war. 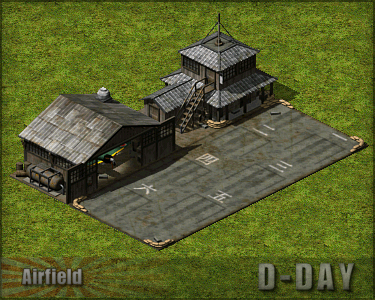 The Airfield is the control centre of your air forces, it can also maintain and reload six planes. The design is based on buildings used on airfields on Tinian and Saipan islands. 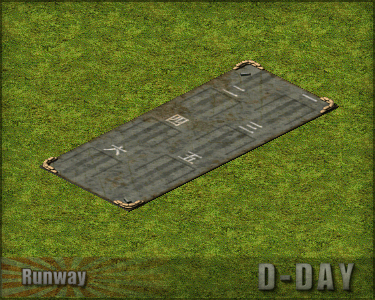 A smaller alternative to the Airfield, the Runway can also maintain and reload six planes however the Airfield is needed to build them. 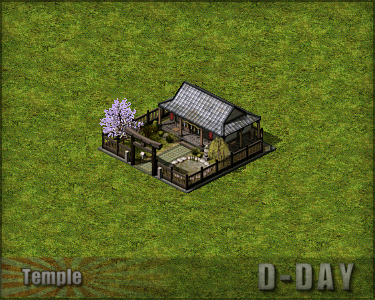 The Japanese temple gives you a support power that lets you inspire your troops with the Bushido warrior spirit giving your units a boost in health and speed for a short time. The design is not based on a specific temple but draws inspired from many different temples/shrines seen throughout Japan. 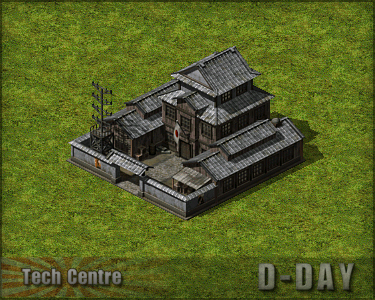 The tech centre gives you access to Japan's heavy weapons. The design was inspired by the Kwantung Army HQ, The radar tower on the left is a Tachi 18. 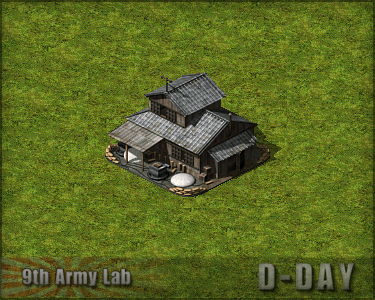 The 9th Army Lab is were Fu-Go fire balloons are researched and launched.
The design has no specific inspiration and is based on multiple different structures.

This is not all of the Japanese structures, there are still two more support/super weapon buildings and a repair pad to come. I hope to have them (and a new barracks) done in the near future.

Now when you put them all together! This picture also includes some of the new terrain I've been working on, mainly the cliffs & rice fields. On the right side you can see a Fu-Go balloon drifting off towards an enemy. In the centre bottom there are also several units with the Bushido buff. 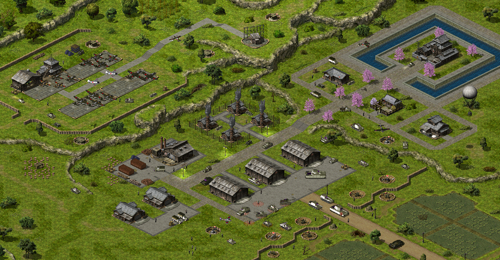 Lastly here is a line up of all the Japanese ground units and fighter planes at this time, which total exactly 100 units! I remember the days when you could only have 100 units in your whole mod, back then I'd never would have imagined making one side with that many. 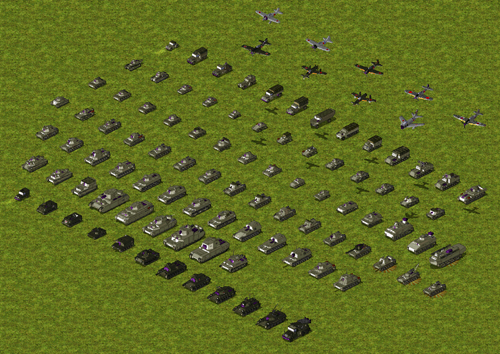 The quality of those structures is outstanding. Excellent work.

Excited to test this !!!

The Japanese temple building looks some calm and and un-military compared to the other structures. A nice refuge among the cold steel.