Now focusing on the territory-control aspect of the game, the team is experimenting with different ways to visualize enemy presence on the world map.

Now that the combat engine is playable (and rather fun, if I do say so myself…), our attention turns to the mega-game in Harmonia Tactics: the liberation and defense of regions on a kingdom-wide scale. Our first task: developing a world map that allows players to see the relative strength of friendly and unfriendly forces overlaid on the terrain. The map needs to show both hostility and density levels that update as dominance shifts in each region. The players can then decide where to focus their efforts and where to steer clear of.

We’ve gone through a number of iterations already, and we’re nowhere near done trying things. Most of these are cooler-looking than they are actually useful. 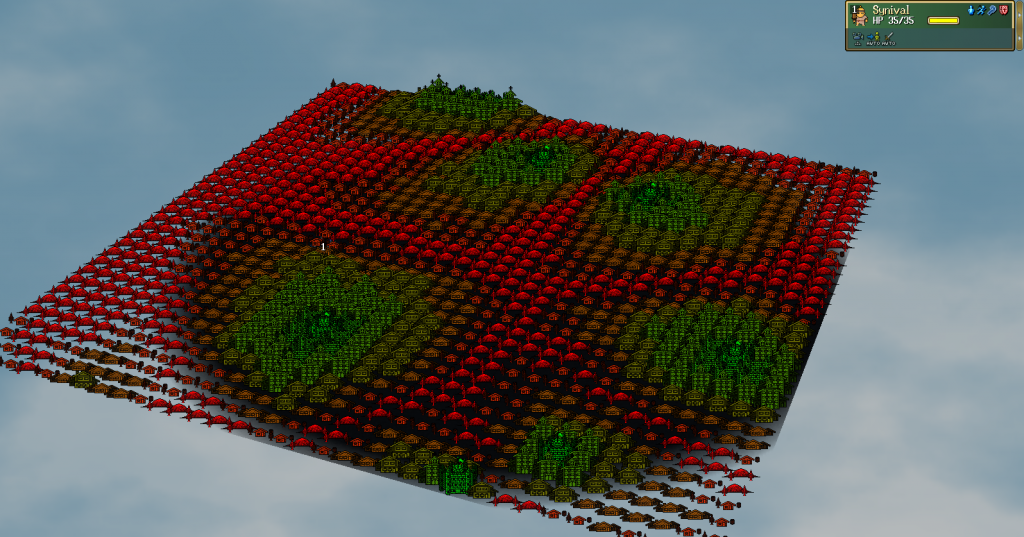 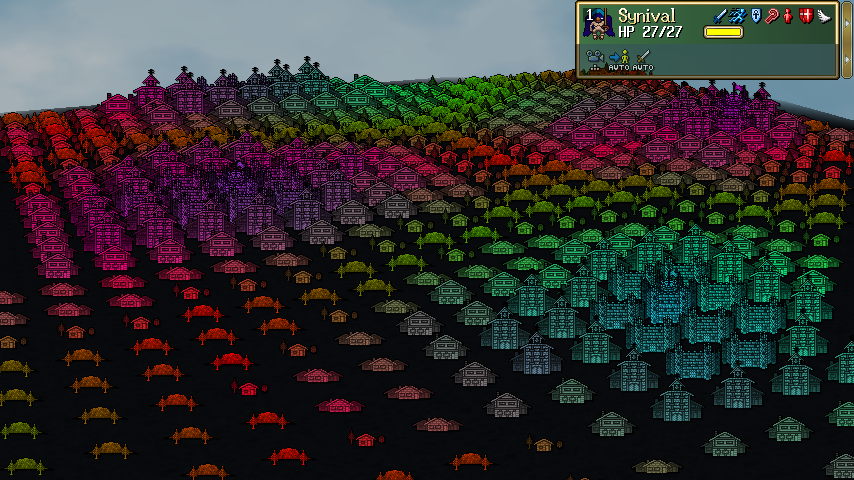 This one came to Simon after consuming five or six bags of Skittles. Somewhat headache-inducing, we have two color axes at work: green-red for hostility with blue value added for density. 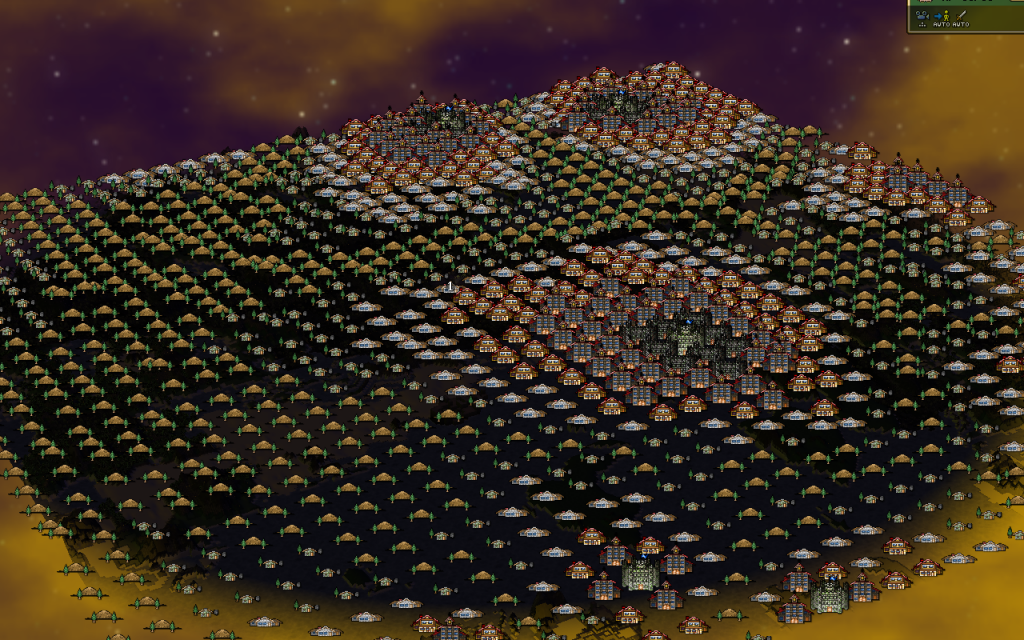 Simon thought of this one after crashing out from the five or six bags of Skittles. It relies entirely on the icons with no color spectrum. Looks better up close, and density is quite clear, but it’s hard to see the hostility levels. 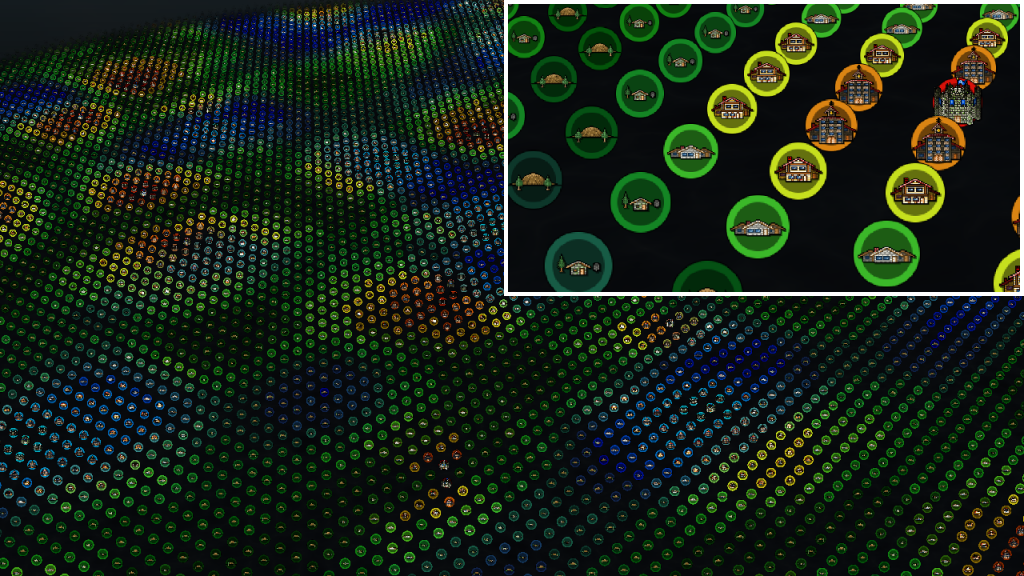 This one has the opposite problem: very easy to see hostility, but density is not nearly as obvious because the icons are more difficult to see inside their little colored bubbles. Is this giving anyone else the urge to play Bubble Bobble? No? Just me…? 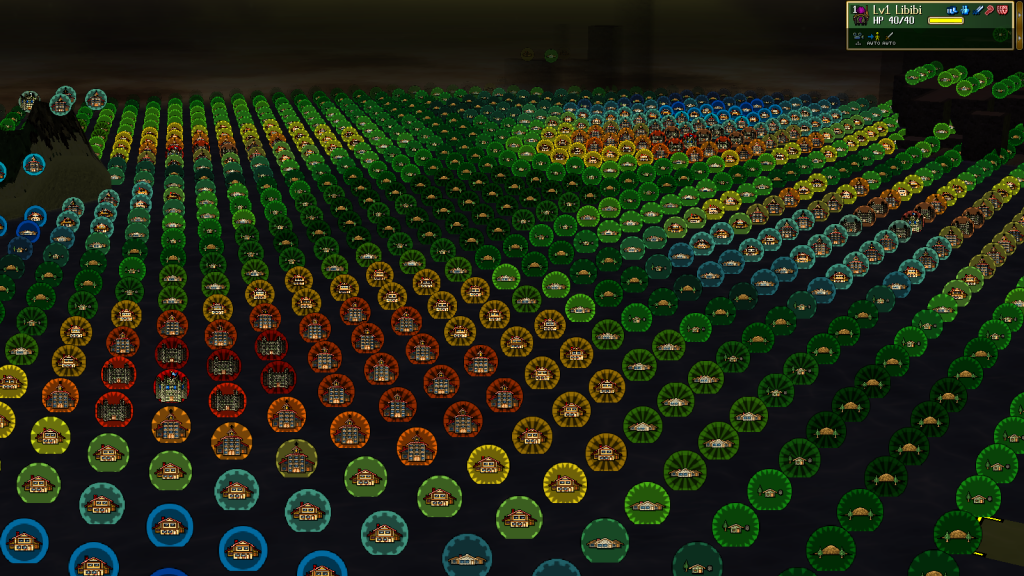 Trying out some different patterns inside the bubbles to indicate safety vs danger to the player. Pretty difficult to discern at a distance though. 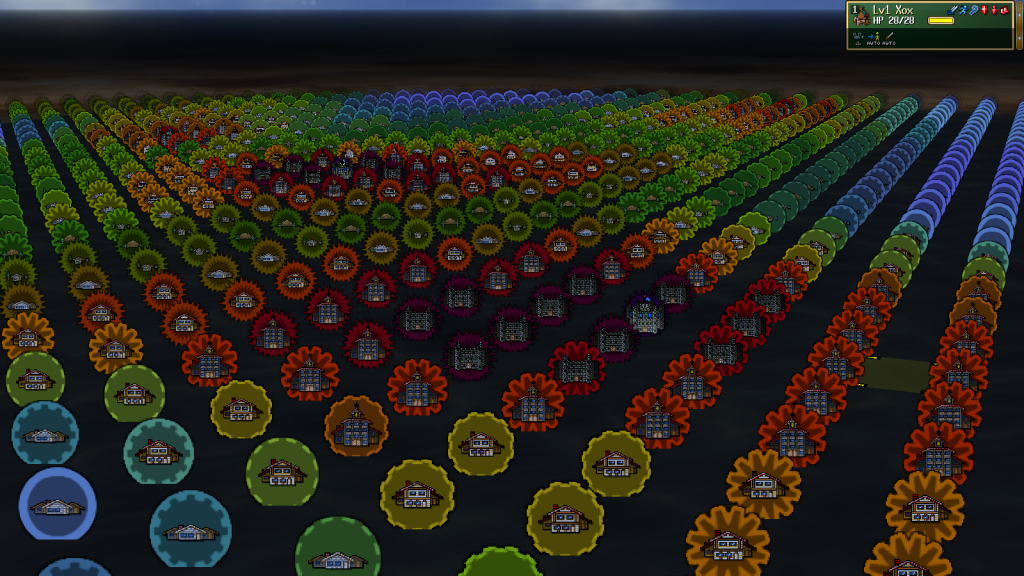 Since the inner-patterns were hard to read, now we’re experimenting with changing the shape of the bubbles. Friendly circles vs angry pointies. STILL kinda hard to see at a distance. Also, check out the ultimate evil purple nightmare fortress. 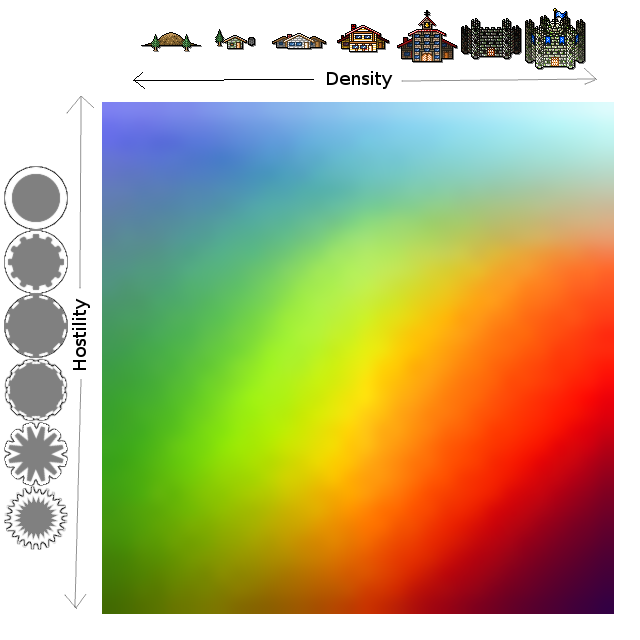 Here’s how the color/icon scheme works. Density is indicated by a structure icon, ranging from uninhabited to fortress, which appears within an occupation bubble indicating friendly or enemy dominance in the region. The color spectrum is more of a composite of these two attributes, intended to show general hazard level. Friendly areas appear in blue from dark to light according to density. This allows the players to see safety on the map and help them avoid combat when travelling. Hostile areas range from green to red and light to dark with dark purple reserved for the largest enemy strongholds.

There’s still a lot more to hash out and we’re far from finished. Stay tuned…