This week we worked on a demo-release of OP90 on Kongregate, aswell as some minor updates to the web player we released last week.
Sadly the APK is still not up yet. We will probably get it up this week. Aswell as some tweaks to the current web-version.

We did some more work on the pacing and clarity of the interface. We have a straight text feedback now in 0-3 so that its clearer that this is a special case (it also contains the word "drone" so there is a better chance of the user actually getting familiar with the names we use).
I noticed too late that we actually broke with our interface conventions. This isn't so noticable at this point, but once we introduce screenshakes and more "out of screen" events it will have to be changed.
I worked on an alternative for this:

basically this would be like a "bulls-eye" effect that extends with the "real" drone grabber in the screen. We still have to do some work to actually put it in the game.

This is something I wanted to do for a while. Introducing the player a bit more. Not dropping you RIGHT away into all the action. This also helps with the gyro-calibration (since there is a bit of a time gap between starting the level and calibrating the gyro sensors).
Also I just really like this Which brings me to...

Look at them go

Another mainly game-feel related feature I wanted to get in for a while. Neutral NPCs that do stuff. Humans hang around the battlefield repairing things or running away from evil robots that want to kill them. They are wearing a raincoat-like overall that protects them from the weather and radiation of a withered world.

Everyone working on the fringe areas of the city has to wear a state of the art haz-mat suit, containing a breathing apparatus, shock collar and a full-body protecting, radiation-resistant suit.
It also features a fashionable hoodie for that real scavenger end-time feel.

We wanted to include something thats alive and not directly gameplay related. Albeit we might use them as the occasional guide/hint-giver in some levels.

Did someone say "I wanna know more about drones?"

I redrew the drones and a proper gameplay redesign will follow soon. We are planning on changing the current inbalance between the drones (anyone who tried the WEBBUILD has probably noticed this), the blue drone is vastly superior to the red drone. This is annoying because we are quite happy with the difference between beam and cannon... something we want to reflect on the drones.
We decided to change the movement patterns of the drones: 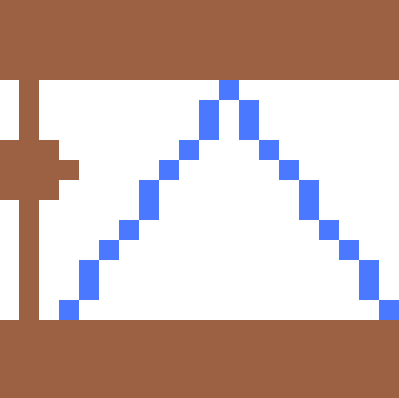 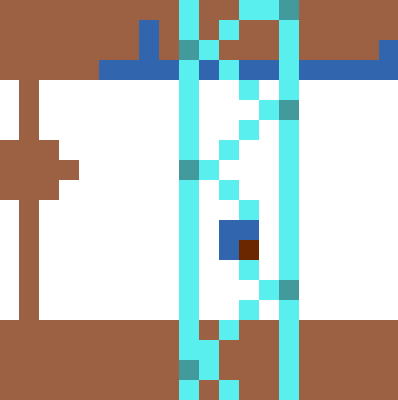 Blue drones move in a wider arc that makes them travel fast on the X axis and slow on the Y axis (as seen in the left picture). This is because very soon the explosion of a blue drone will be vertical and rather wide (seen in the right picture). This is to counteract the weaknesses of the beam. The beam is very good to take out far away targets... but quite bad at taking out targets that are spread out horizontally, or enemies that get too close. The new change will reflect and counter this weakness. 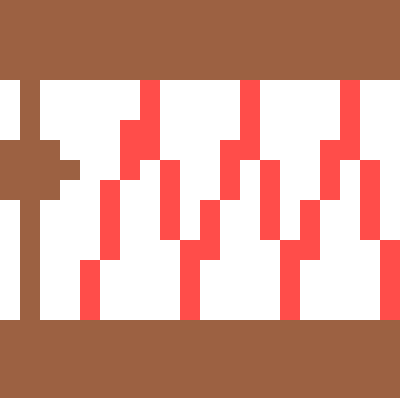 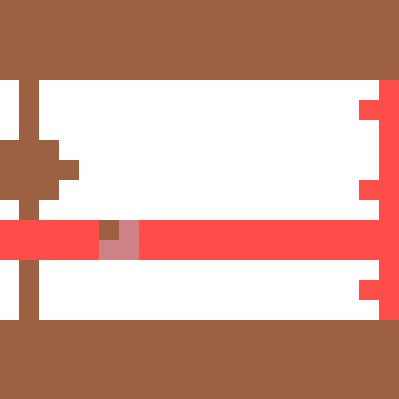 Red drones move in a steep arc, kinda like both drones do currently. They will travel quite quickly on the Y axis and slowly on the X axis (seen in the left picture). The explosion will happen over the whole horizontal line but will be rather thin (as seen in the right picture). This will counter the weakness of the red weapon. Hitting enemies that are in a horizontal line "blocking" access to the enemies that are more to the right. It also works on a distance, which is a big weakness for the cannon.

We hope that all these changes will make the game fairer, better, prettier and easier to understand.