Don’t let our charming demeanors fool you. We’re totally selfish. As much as we love everyone (equally and fully and forever and ever), we’re making Arcadian Atlas for ourselves. And that’s good, in fact. A certain amount of selfishness is to be encouraged, though maybe not applauded, in game design. The evidence doesn’t lie...

It's Dangerous to Go Alone 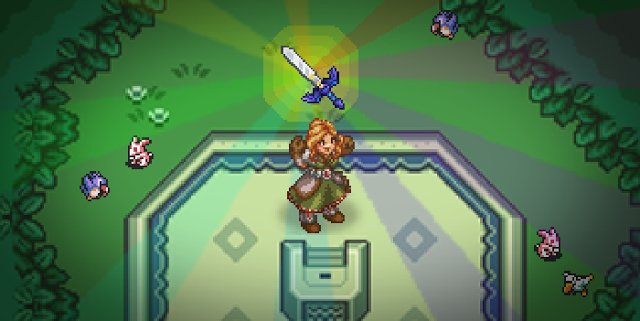 Don’t let our charming demeanors fool you. We’re totally selfish. As much as we love everyone (equally and fully and forever and ever), we’re making Arcadian Atlas for ourselves.

And that’s good, in fact. A certain amount of selfishness is to be encouraged, though maybe not applauded, in game design. The evidence doesn’t lie: people make better games when they want to play them themselves – it’s that creative drive so many developers feel when they start building something, digging their hands into the dirt to form that first brick. It’s gritty and tangible and glorious.

But our team is also older and wiser now – a lot of our towers of brick have fallen apart – and we know that it’s exceedingly dangerous to go alone. We are, at the end of the day, just a couple people lost in a ruin of bricks.

So we realized early on that this process depends wholly on community. Juggling full time jobs, developing a game, and seeing human beings in real life for at least five minutes out of each day takes a lot of effort, and we know we can’t survive this alone.

Which is why we want to talk about our approach to Arcadian Atlas, and how you, the community, are an integral part. 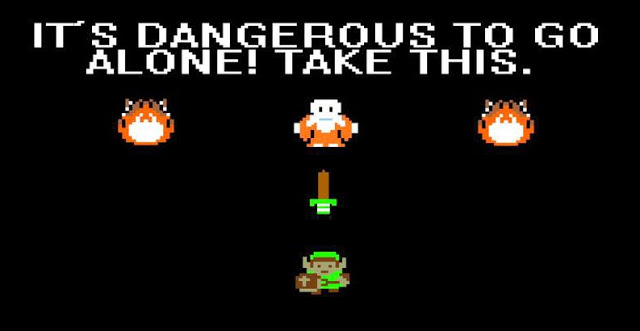 Link wasn't just born ready to bear the Master Sword. Nope, that lil’ dude had to work up to his big-boy-britches slowly, and our plan for Arcadian Atlas is much the same: a slow build.

All of game development is a juggling and allocation of resources – time and money being the most vital. We feel as developers that there’s nothing more important than transparency, so here comes a shocker: we have limited time and money.

Just like everyone else in the world, we have to make trade offs, which is why we want to focus the next few months on creating a strong foundation for Arcadian Atlas that, if the community is willing, can be built upon in some spectacular ways.

And, of course, there’s no better measuring stick for community interest than crowd funding. After all, people support what they love. So yes, somewhere down the line (likely in April 2016) we will be doing a Kickstarter for AA (alcoholics anonymous!? No.)

What does that mean for Arcadian Atlas? Well, it means it will get made no matter what happens – because we want it to be made – but we have to focus on telling the core story with the limited resources we have. That means it can be made faster and better (to our wildest, craziest, most nut-so expectations) if the community wants it.

So below you’ll find our approach to some of the main game design areas of Arcadian Atlas, including ways we want to expand the core ideas as we get more time and money for the full game.

We had a central concept in mind when approaching class design: character personality and class are linked. Almost everyone has classes in RPGs and tactics games that they identify with: some love the swashbuckling bravado of a thief, some the sheer power and pomposity of a mage. But whatever it may be, that class says something about us.
So we begin with 4 core classes that define that identity (more on these in later blog posts), which you choose at the outset of the game and develop, rather than switch. What this looks like in practice:

Arcadian Atlas is about a tight-knit group of soldiers and the two people who lead them. Des and Vashti’s story is just as much the story of those they fight alongside. Loyalty, honesty, and the rigors of battle draw people together, so shouldn’t we have a say in the people we raise swords with?

That’s why we want players to have an option to mold their party (their ENTIRE party) according to their own wishes. No more random, take-what-you-get soldiers (unless that’s your thing). These people are your troops, your brothers and sisters in arms, which means you can decide who they are and how they fit into your army. What this looks like: 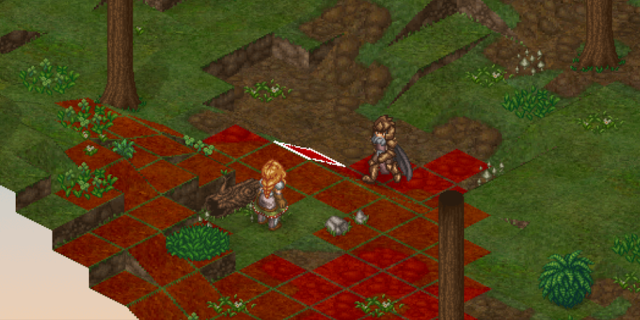 Arcadia is a place of lush forests, ancient ruins, cliff-side villages, and snow-packed hovels. Each of these locations brings different tactical challenges: rivers raging too fast to cross, cliffs that put you at the mercy of enemy bows, and snow that a man could get lost in.

And that’s not to even mention the cutthroat inhabitants of Arcadia. From a disenfranchised princess dabbling in things she cannot hope to control, a soldier so torn between her family of blood and her family of war that she breaks, and the very human (and therefore brutal) story of a royal family born in lies and the terrible toll it takes on a kingdom. And that doesn’t even touch on the central plot.

But creating the art assets for all this takes lots of time and makes Becca’s hand curl up into a claw, so we’re focusing on the essential maps and sprites we’ll need to tell the storyline in the most economical way with the resources we currently have.

Going forward, we are excited about the following:

So the next few months will see us forming that core experience, and we want you to be involved. We’ll be sharing screenshots, blogs about classes, skills, features, and story details, and gifs of Vashti slapping characters for our demented pleasure – all the while talking with the community about the things they love most about gaming.

Inspiration comes from everywhere, so throughout this process we want to hear from you.

Whether you’re a gamer, a fellow developer, press, or a cat puppet terrorizing Gametrailers.com, we want to chat. Shoot us an email or follow us on Twitter – because we spend a lot of time on Twitter. I mean really… way too much time on Twitter. It is neither healthy nor prudent.

But whatever you do, don’t be a stranger. Follow Becca on Twitter here and me here, and don’t be shy.
And did someone say PAX South?! I’ve heard some rumors… but that’s all I’m going to say for now