Still alive and kicking, busy as ever. Check out one of our new maps!

it's been a while and for that we'd like to apologize. We have been very busy in our lives and have had rather few active team members over the last few months so writing news has fallen a bit short.
We have spent all of our available time working on the mod though and behind the scenes the beta tests are going well thanks to our active testing community. We're playtesting three times a week and all this testing has allowed us to resolve more than 300 issues and feature requests so far!

During the past months we were able to increase the quality and number of maps we will be rolling out with the mod. We have also refined our game modes that are specifically designed around the Stargate universe and will guarantee gaming pleasure for enthusiasts as well as people having their first with the world of Stargate. 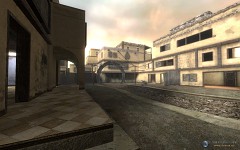 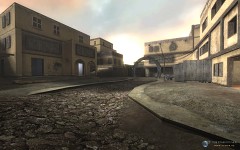 A huge city on a former mining planet abandoned by the Goa'uld decades ago after nearly depleting all resources of interest to the false gods. The inhabitants who were left behind developed out of their slave existence and with the arrival of an SG-Team technology, medicine and resources were exchanged. This however got the attention of the Goa'uld and the planet's people didn't stand a chance despite its progress. 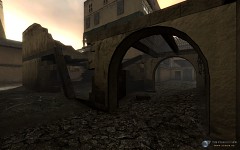 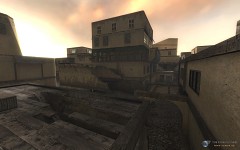 When the battle was lost, major parts of the city were destroyed. After the Goa'uld motherships left the planet's orbit the Stargate Teams returned to the planet to fight the remaining Jaffa. The battle for the fallen city continued.

As usual we are always looking for new talent. Most notably we are looking for prop modelers, animators and mappers. If you think you have the appropriate qualifications then please do not hesitate to contact us! If you know someone who might be interested, please tell him/her. It's really fun and you can become part of a non-profit project and gain important experience in your game-related line of work!

Please understand that we are currently not accepting additional testers. We have received so many applications that we now have a rather large pool of beta testing candidates to choose from. Thank you for all who have shown their support and interest thus far! However, we might come back to you at a later point in time if you want to apply as a tester now.

Yes cool map!!! Keep going like this and it will be awesome!!!

Good to hear from you guys. Very nice mapping.