Just showing off my brand new texturing skills and some other things that are related to the Homeworld 2 modification, In the Orbit of God.

Up until now, there really hasn't been a whole lot to show for ITOG. Sure, there were models and some gameplay screenshots. However, none of that comes close to comparing with models and some gameplay shots - with textured ships. Yes, textures seem to be the determining factor in crap or quality. While my textures may not be of the greatest quality, they're certainly better than having no textures at all.

Let's have a look at what I've gotten done so far, shall we? 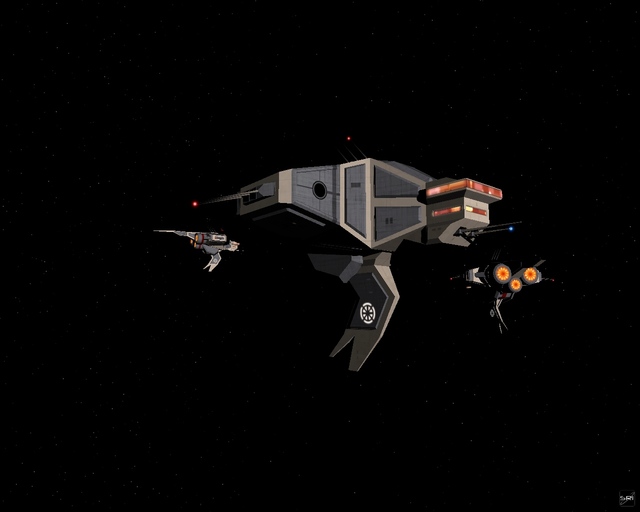 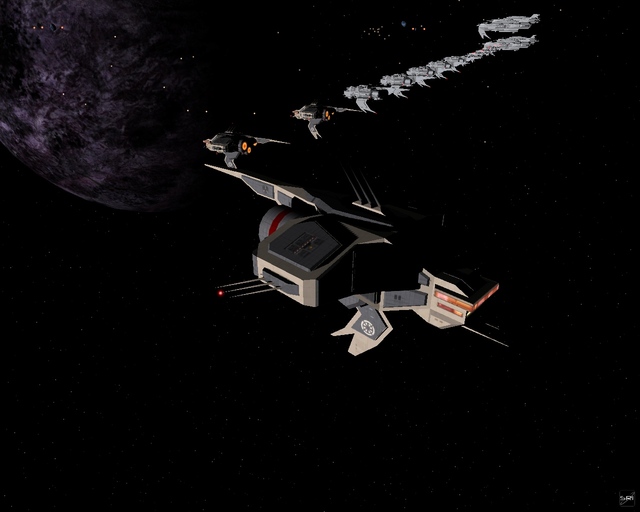 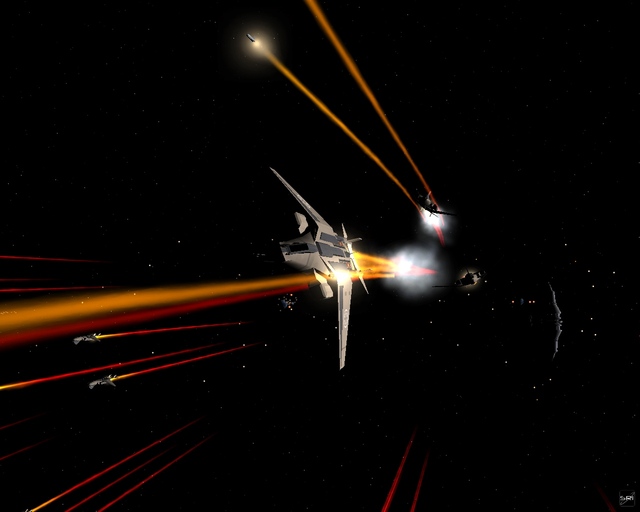 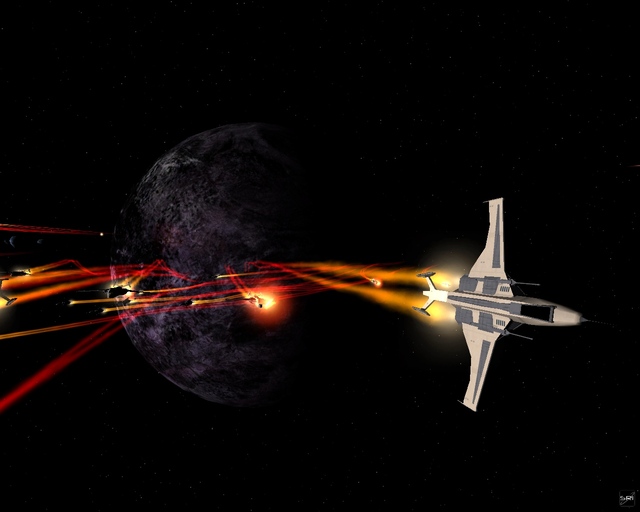 And, finally, here's a video where I show you C24 asteroids, subspace effects, and a lovely battle to end it.

It might have just been the video, but the lighting is very contrasted on the models, and it was rather dark and hard too see the models you were showing off. You could do to have a small amount of ambient light on everything so that you can make out the silhouette of the ships.
Seeing as you've got some emmisive on your textures already ( I assume that's what the glowing logo is ) this should be pretty easy to do.

In terms of textures, you should take a look at baking Ambient Occlusion maps. You can just put them on top of your textures without any hit to your performance at all.
This image sums up how AO could help you I57.photobucket.com

Your mod is coming along nicely.

Thanks for the feedback. However, sadly, Homeworld 2 is an old game, and doesn't support ambient occlusion maps. Heck, somebody had to mod the shaders to even get it to support normal maps, which, I might or might not be adding in the future.

This article has been frontpaged, congrats.

It's too bad the HW2 engine is starting to age. The existing Homeworld community wants to see another game for its engine as much as anything else, really.

He's talking about baking ambient occlusion, that's not a real time effect. You can do that for example in Blender, what it does is render a static ambient occlusion map that you can overlay onto your normal texture to give it more depth.

some of the logos on the ships reminded me of star wars lol. not saying that was a bad thing.

bottom wing of the Ithani?