Is JLMod dead? I don't think so...Read this news dude! 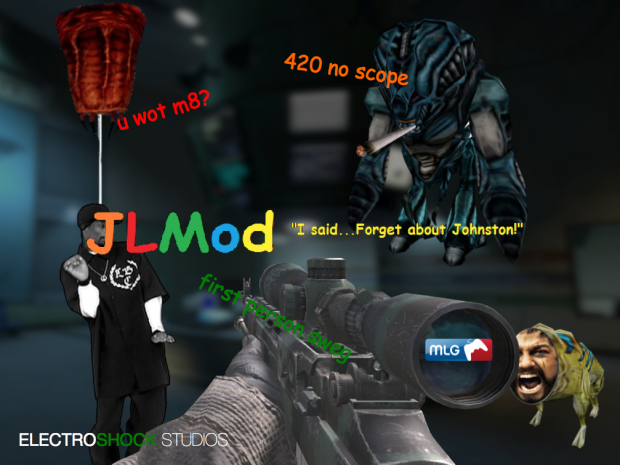 Hi, it's me 4Simp, head of ElectroShock. Most of you might be wondering why I didn't post something new. The reasons: I had a lot of work to do thus causing me to have no time working in this mod. But this mod is literary not dead. Just paused. Again, one more time, this mod ISN'T really dead (if this is really dead then I would have archived this mod's page). So, don't worry, keep calm, and stay watched. And...yeah before a lot of important work/job intensifies, I have done some changes to the mod itself.Here's what I've changed/added/updated so far in JLMod (before the important work intensifies):

Oh, and also I made Forums for JLMod, so why not check it out? Moddb.com

Will there be the Useless Machine weapon idea I gave you?

Yeah, but I can't make the secondary fire do a large plasma projectile shoot. At least I can make the Useless Machine powerful (one shot, one NPC kill)