Ion Galactic has been released! It’s been a long road but very worth the effort. So much has been learned on this journey. Here are a few of the features that are available for this launch.

Ion Galactic has been released! It’s been a long road but very worth the effort. So much has been learned on this journey. Here are a few of the features that are available for this launch.

Check out the game on the web, or in the Windows Phone Store

20+ mission campaign Help the Federation fight against a rebel uprising in this lengthy campaign. The campaign provides a great platform to tweak the core game rules. You’ll play normal games where you need to take control of all the sectors but you’ll also guide ships, bomb planets, and rescue comrades. 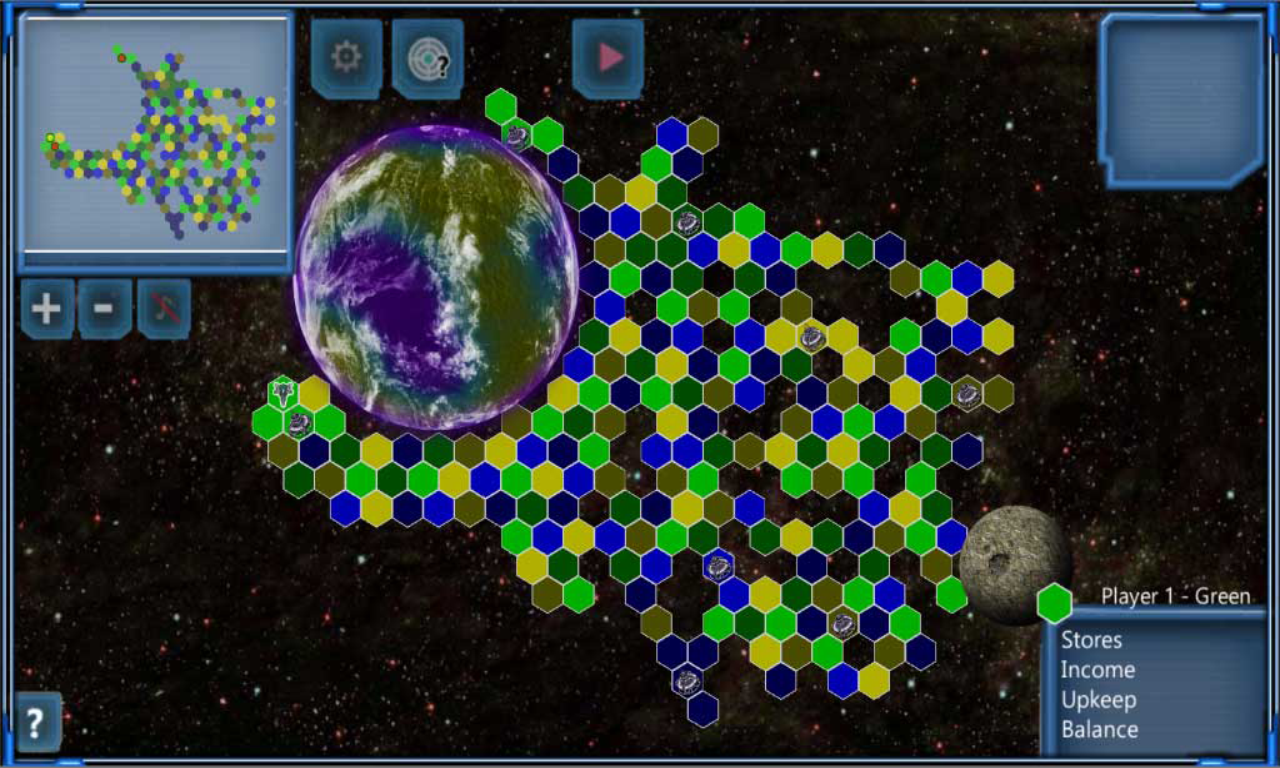 10+ mission tutorial The game can be complex with lots of pieces and other things to keep in your mind. The tutorial campaign lets you ease into the game a few rules at a time. By the time one finishes the tutorial campaign a full understanding of what’s going on will be achieved. 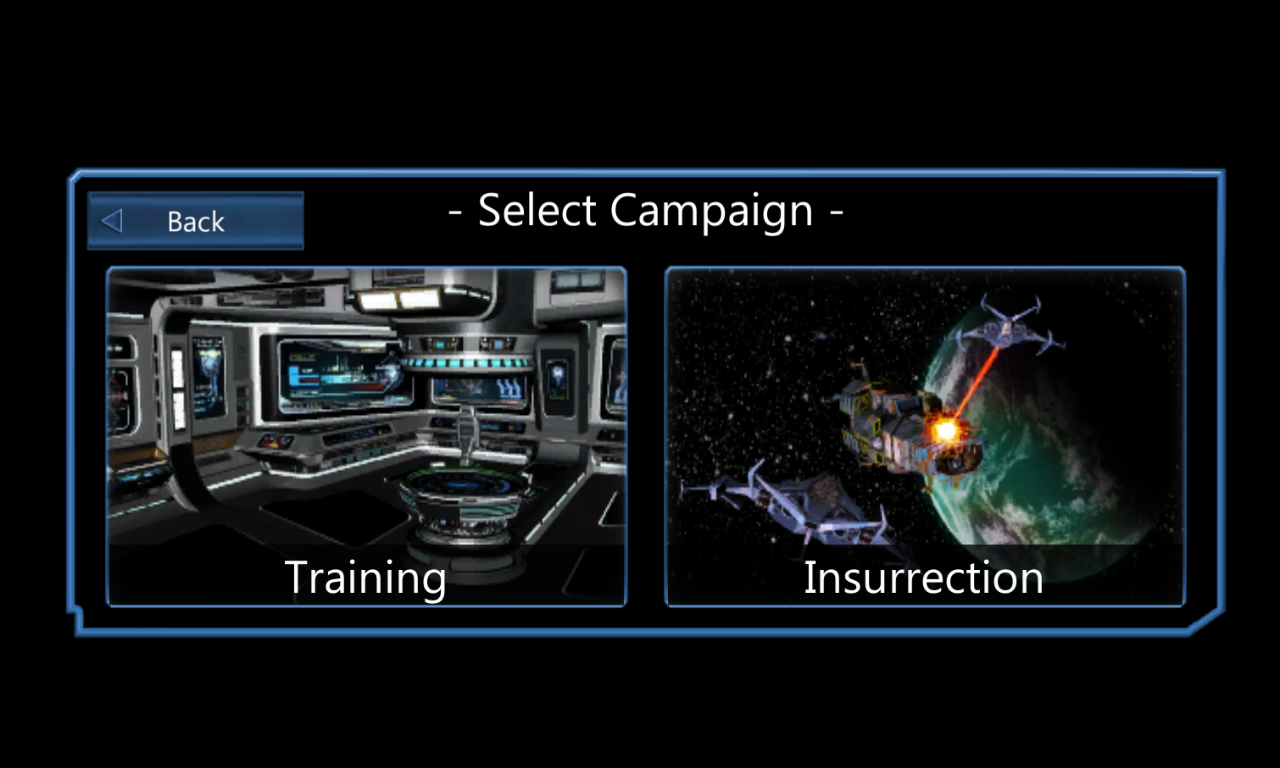 200 built in maps and random game generatorA large number of both smaller and larger maps have been packaged right in the game. Can you beat them all? If the 200 packaged maps are not enough you can create unlimited number of small and large maps to play. 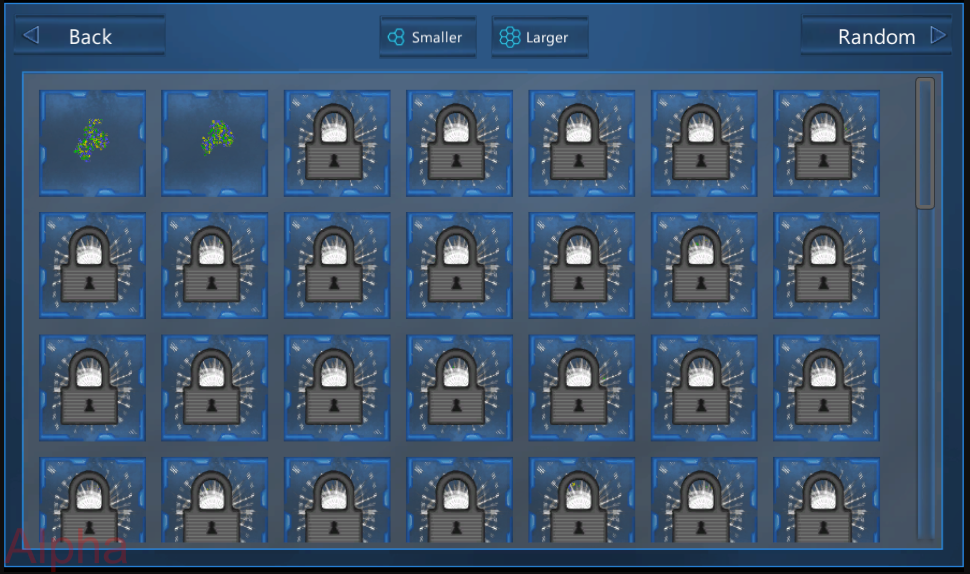 Game setup variability + MultiplayerA large number of packaged maps and an infinite number of randomly generated maps, plus the ability to randomly generate a nebula or change the difficulty of unit placement on the starting map. Play against 5 opponents with 5 different levels of AI difficulty. Hot seat multiplayer offers a way to challenge your friends to a game of Ion Galactic: The Conflict. 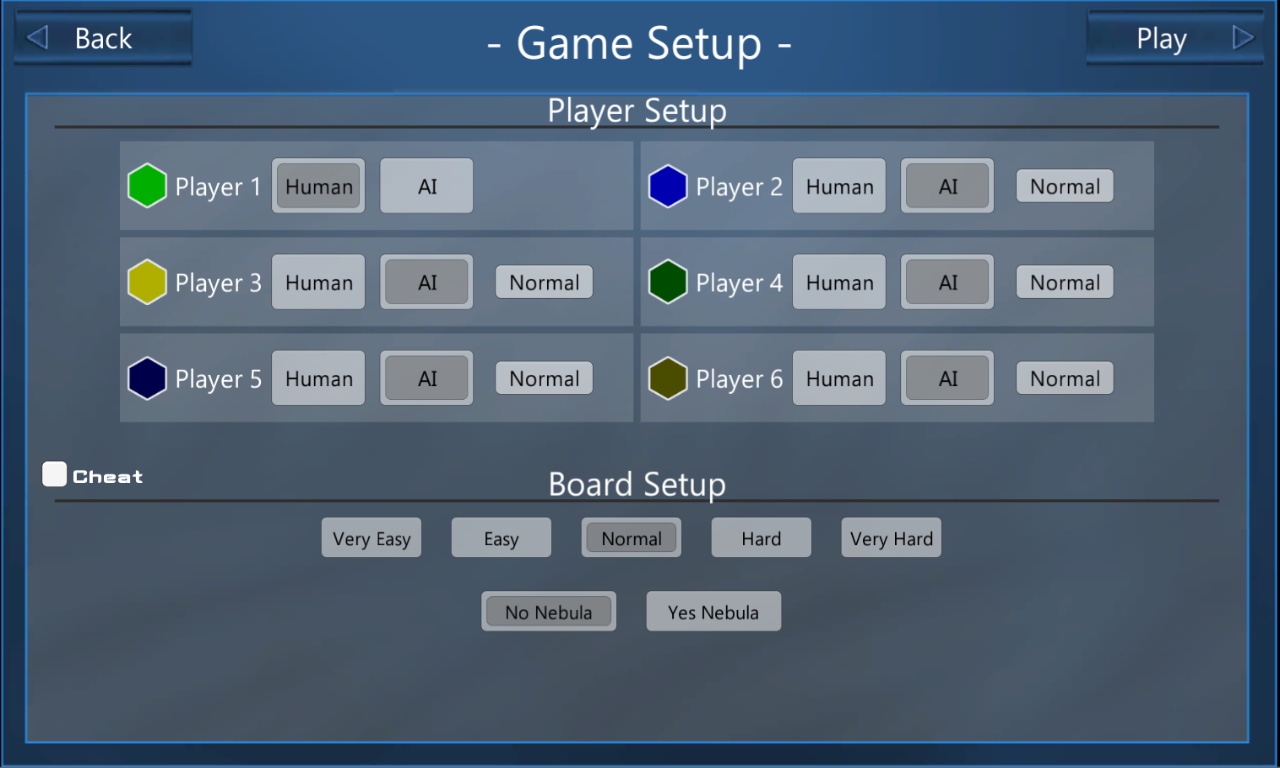 Achievement system Go on a quest to get every badge. Some are easy, some are not. 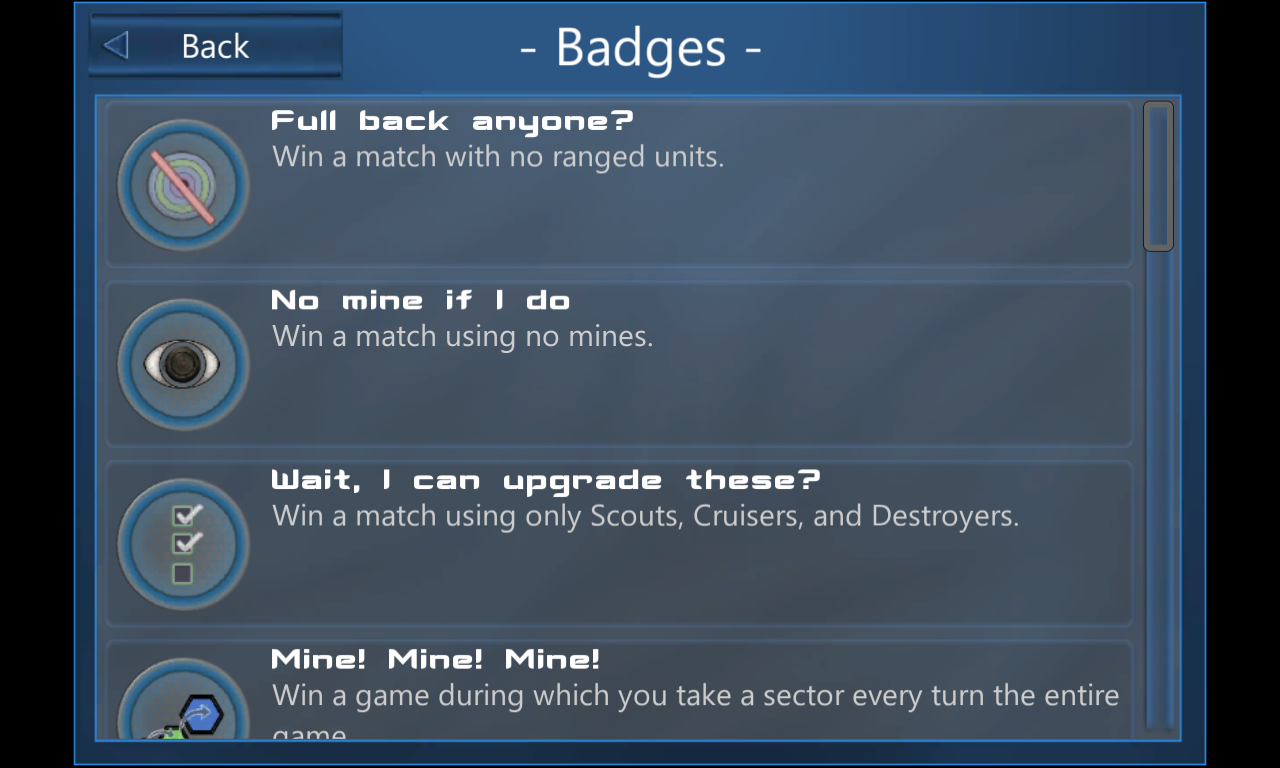