Hi all! After 5 months on Crymod, we're finally moving over to modDB.com. Please feel free to see some cool and new images atleast once every two weeks here or over at Crymod, for the latest updates in information. Love to hear more from you all later! In the meantime, I've got some images to upload. Kind regards, Maniche

Introduction:
Welcome fellow friends and gamers! Today we would like to show you all our new and exiting mod called Balkan Conflict. This mod is all about realism and intense action, close combat and wide, open fielded game play; you’ll see the very best from both worlds when you enter the battlefield in this highly ambitious mod from the newly founded team, InVision Arts. We’re all very excited for our new mod and we’re always looking after the highest possible quality in what we do, even if it’s making maps, model or sound and so on. Therefore, we would like to know what you all think about our mod and don’t hesitate to ask; we’re here to learn and develope our skills even more in the future. Take a little peak at our modDB page or simply visit us at our thread over at Crymod.

Story:
The story takes place in the Balkans, where Kosovo finally won their independence from Serbia. No one would knew that this decision was to be the start of a new conflict in this area; Russia and Serbia didn't like this decision as they knew more and more countries/regions would claim their rights as a independent country. And not to mention countries like Romania, China and Greece saw this "independence" as illegal, which resulted in governments going crazy and unstable. People begun to be scared and confused as the conflict got even worse; the Russians and the Serbs invaded the newly founded country of Kosovo. The rest of the world held their breath. Would this be another World War or a conflict which would result in the Kosovo been under Serbia control, once more?

The counterattack from the Albanian population in Kosovo was to do terrorist actions on Serbian targets, which only made things even worse; Serbia joins the Red Army on a push towards Kosovos borders in a attempt to force the country once again, under Serbian control. Soon the Serbian population in Bosnia screams after independence just like Kosovo, and the Turks invade Cyprus in a attempt to force the country under their control, just like the Serbs want to control Kosovo. Blood gets spilled and governments get twisted; none is secure at this time. A conflict is rising to be a war that could end as another World War.

EU, NATO and the UN makes it very clear; if Serbia and Turkey attack their "countries", the previously stated will deny any co-operations with Serbia and Turkey as a result of this, and will not hesitate with sending troops to the conflict areas. The main problem is that the Serbs and the Turks don't take this warning too seriously, therefore they push forward. It's now a war. Who'll walk out as the winner, and who will perish under the fog of war?

The question is; which side will you choose?

Class system:
We'll be having a typical class-system as many of you've seen in big titles like Battlefield2, Call of Duty and so on.

We'll be adding more classes when we're done re-balancing the existing ones. This is a future we'll be trying implant in both parts, Singleplayer and Multiplayer.

Media:
All these are close to finished, and/or work in progress. 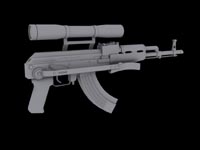 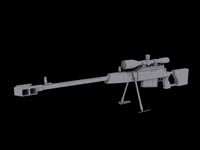 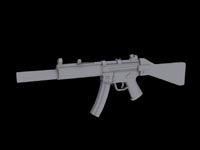 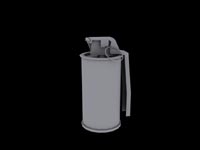 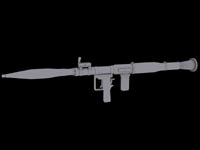 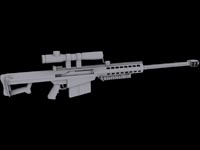 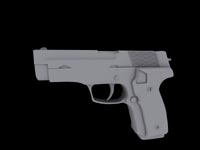 WIP Vehicles
Alongside the weaponry the team have also begun development on some of the many vehicles that will be available to the player. Again, these include, a MIG jet, an MLRS launcher, a SAM battery and also a truck. The team are hoping to make all of the below, and the many other vehicle assets fully usable, which should make for some fantastic gameplay as all elements converge on the battlefield. 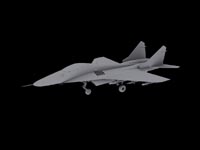 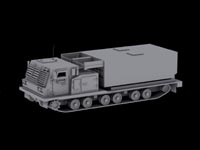 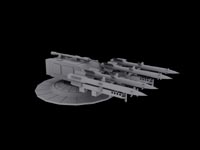 That's it for this time! Keep in mind that the previously shown images is/was in the early stages, so more and updates images will come eventually!

More will come and please leave a comment and tell us what you think so far.

Wow this mod looks amazing, there modeller who isnt dali must be like the best everest :) !

I love the level design! The scale and the atmosphere reminds me of Ghost Recon(the first game), which I think had the best outdoors feel.
Models are nice too, but it seems like you guys are lacking in the unwrapping and skinning departments. Although the knife looks great.
My only question is what kind of gameplay can we except?

The gameplay will be, as said in the story line, huge, openfielded battled and close combats; you'll see and feel the tension from both worlds as you enter the battlefield in this intense and realistic battlefield.

Thank you once more for the kind words!
And yes, we lack UV wrappers and texture artist, so if anyone wants you join, please PM me and I'll forward your application.

Cool, a new mod for crysis !