After 8 months of development, the brutal retro platformer, Intrusion Protocol, is now available on Steam. 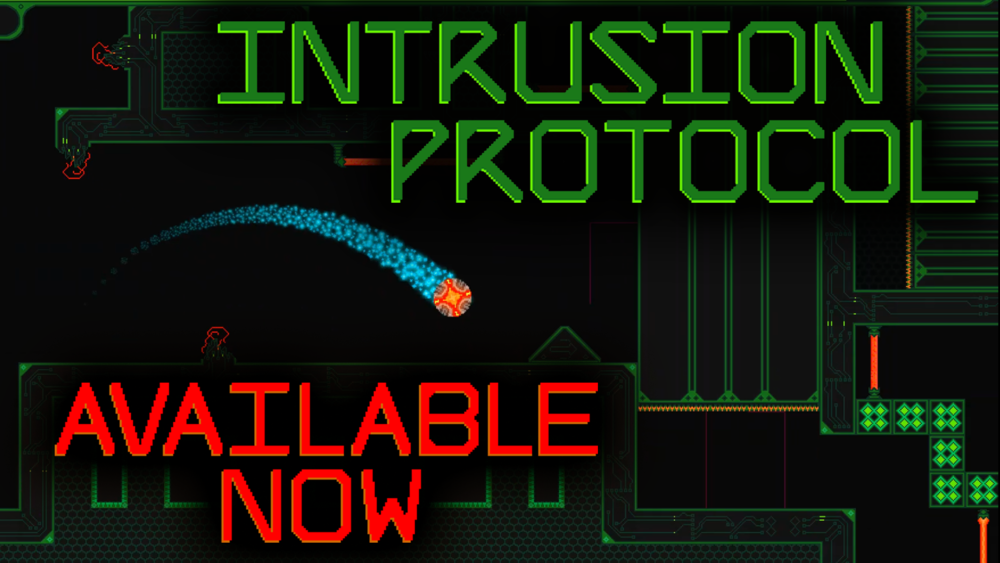 What is Intrusion Protocol?

“It's a neo-retroplatformer that feels like Mega Man X and Ninja Gaiden had a 'hard in the right way' baby." - Rob from ThunderdomeDoc

Intrusion Protocol is a retro speed-running platformer. Play as a computer virus tasked with infiltrating an enemy network to retrieve mission-critical data. As you find the data you will uncover a story that reveals the secrets of your mysterious purpose. Your only health bar is the clock, and the enemy defenses will quickly drain your precious time. Will you be able to overcome the defenses and access the data? Or will you find yourself out of time?

What's special about it?

There's a reason we always put this at the top of the page when listing features. Intrusion Protocol is designed to be brutally difficult. Not a "this-is-super-frustrating" sort of difficult, though. It's an "I-WILL-finish-this-damn-level" sort of difficult. Even though you'll die countless times, you'll want to keep going to push to the end. If you can master the game, there are several little tricks to allow blazing fast speed runs.

We wanted to make sure nobody would be able to blame controls for their deaths. A game with a lot of fancy bells and whistles means nothing if the controls don't work. We have created a simple, tight, responsive system to make the player feel like they are in complete control. A keyboard will work just fine, but for the full experience we recommend a controller.

We have one goal with the aesthetics of Intrusion Protocol: Keep you moving! Everything you see is designed to keep the player moving while not overloading the senses. The environment itself is in constant motion. The tail is only active when moving, and allows players to savor moments when they hit that perfect arc. These constant motion visuals immerse the player, and give them the drive to keep moving forward.

Why were you created? What is your purpose? Answers to these questions will unfold as the player completes levels. At the end of each level the player will see dialogue between two of the creators of Intrusion Protocol. Hearing this discussion will shed light on the programs purpose. Each stage will also unlock the recovered data, enabling the player to delve deeper into the mysteries of Intrusion Protocol. 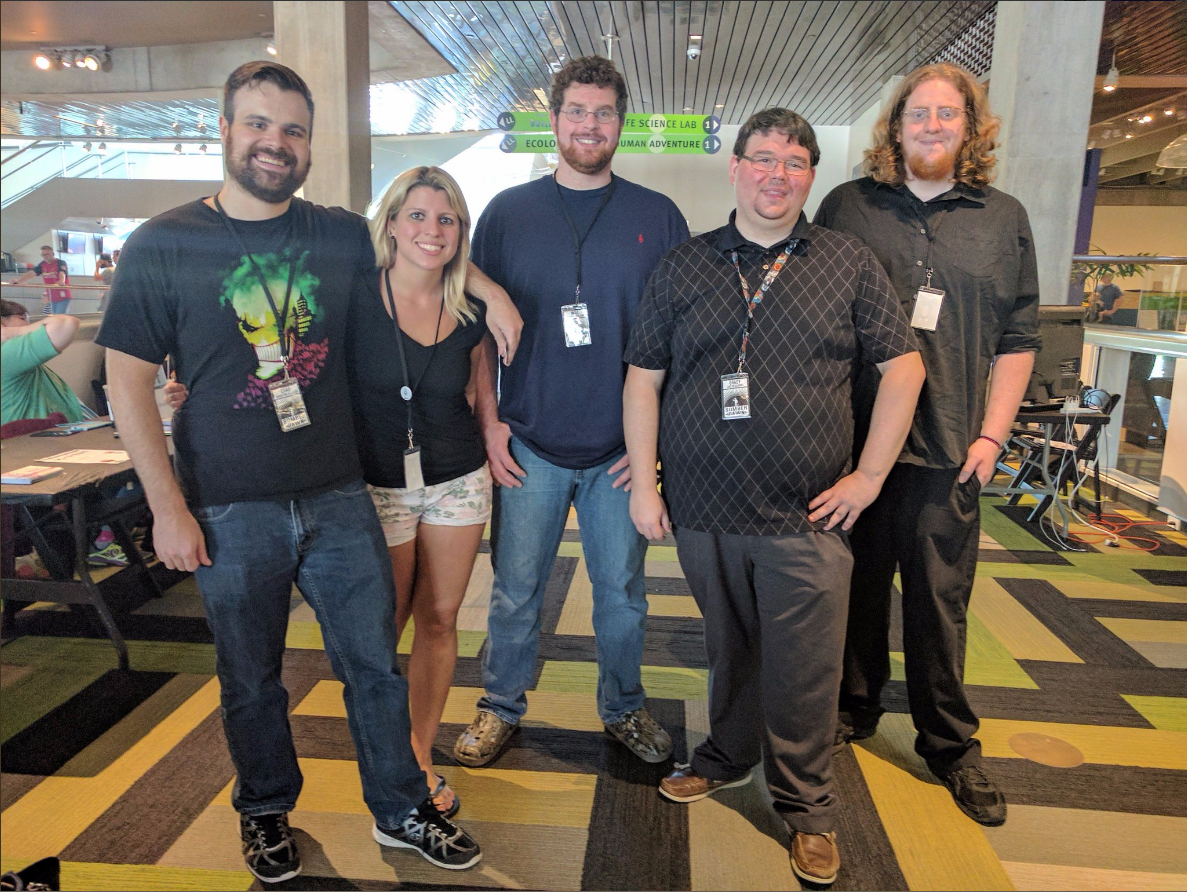 We started this adventure just over 7 months ago. A group of friends from a small high school decided they weren't satisfied with what they were doing in life, so they decided to follow a childhood passion: Making games. We kept hearing horror stories about indie game studios starting out very excited, working on various projects for a long time, and never releasing anything. We were determined to overcome that cycle. Our goal for Intrusion Protocol was simply to make and release a good game. It's safe to say we've exceeded our own expectations. It's gives me a fantastic feeling to know we are following our dreams and actually succeeding. We know this is just the beginning, and we are embracing the path forward. If you want to support a small independent company and play a pretty fun game in the process, give Intrusion Protocol a try and let us know what you think!

Get Intrusion Protocol now on Steam!