Short article describing the key parts of the new tutorial system that has been put into the game.

I’ve decided that now things have pretty much stabilized in the UI that it was a good time to look into making some kind of tutorial system. I was originally thinking of making a simple set of web pages that would describe everything (and I might still) but figured having something in game would be more beneficial.

I’ve now added in a new NPC in the town that will help player “train” through various features of the game. For now I’ve just focused on combat, but will be adding in crafting later this week and add more if other area’s need it.

When you first meet the NPC, if you don’t have any friends with you yet, he’s not overly keen: 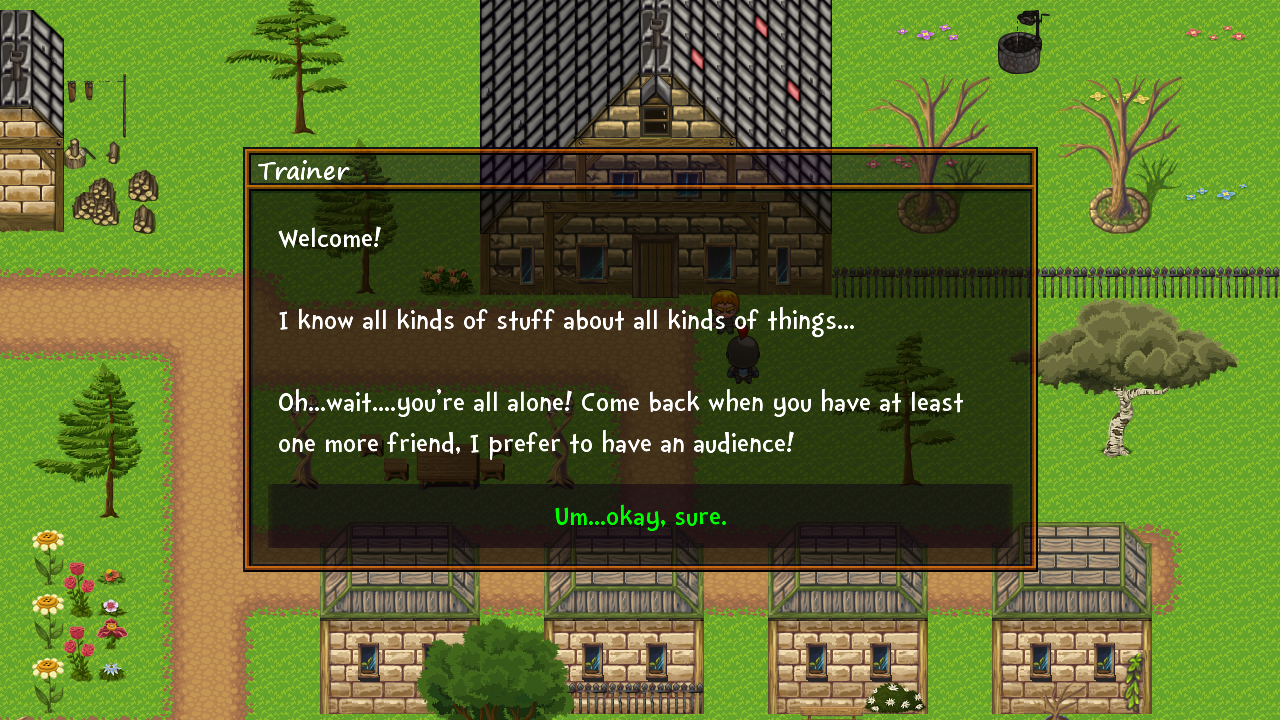 Later though, once you’ve picked up your Amazon friend, he’s a bit more chatty: 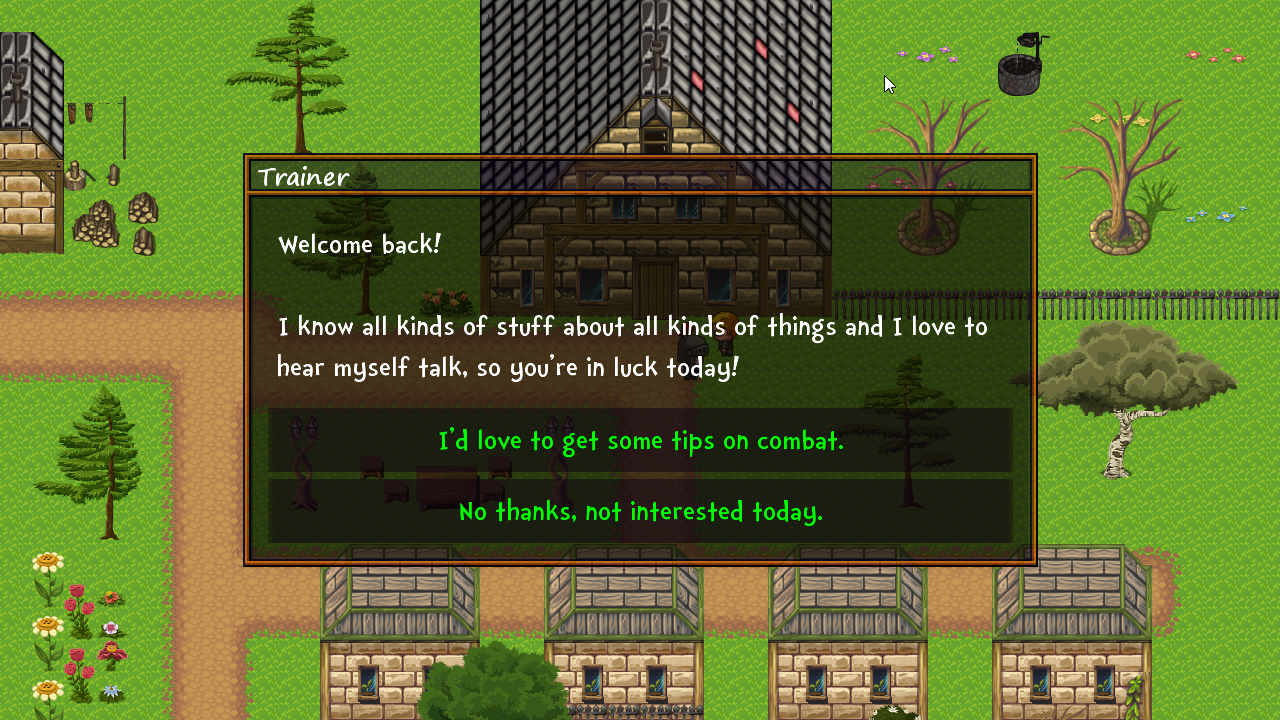 If you choose to step into his combat tutorial, he’ll start up a fight with some of his pets and step you through some of the basic combat steps: Attacking, Casting (heals), Defense, Skipping turn and finally running away from a fight. Each of these are step-by-step and give you time to try each one out before moving onto the next. At any point during the tutorial, you can go back and try a previous step. 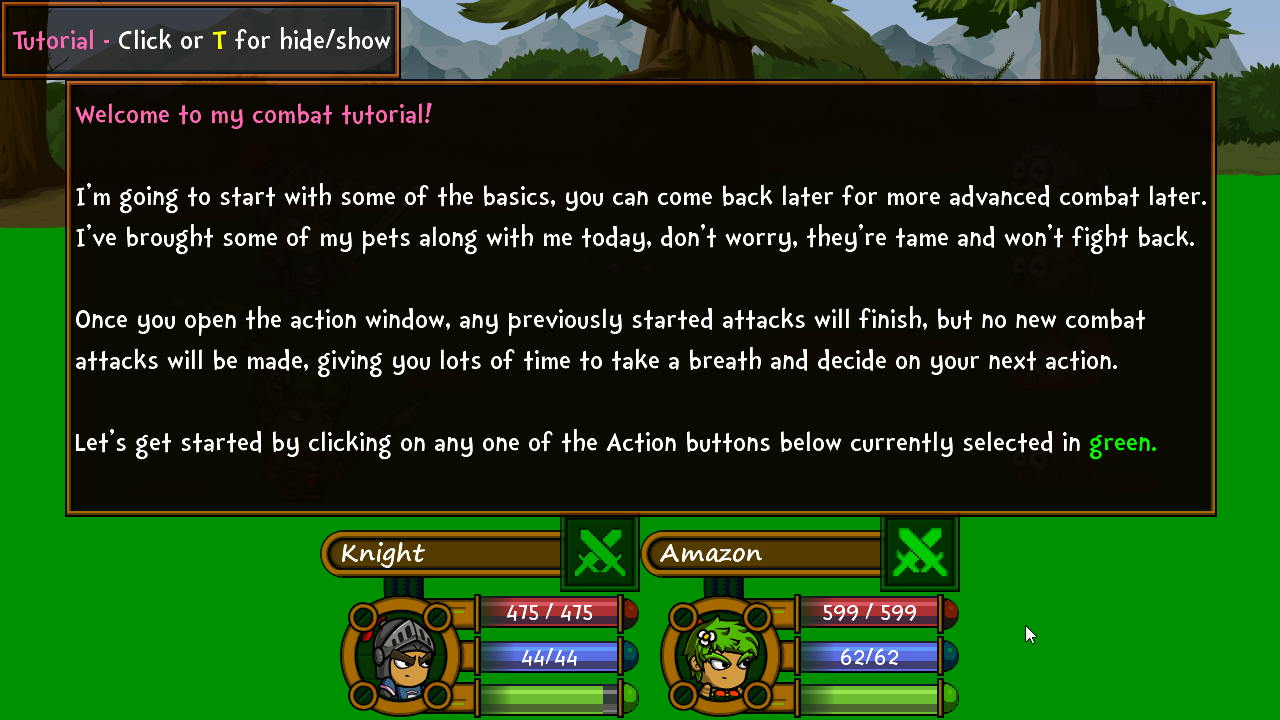 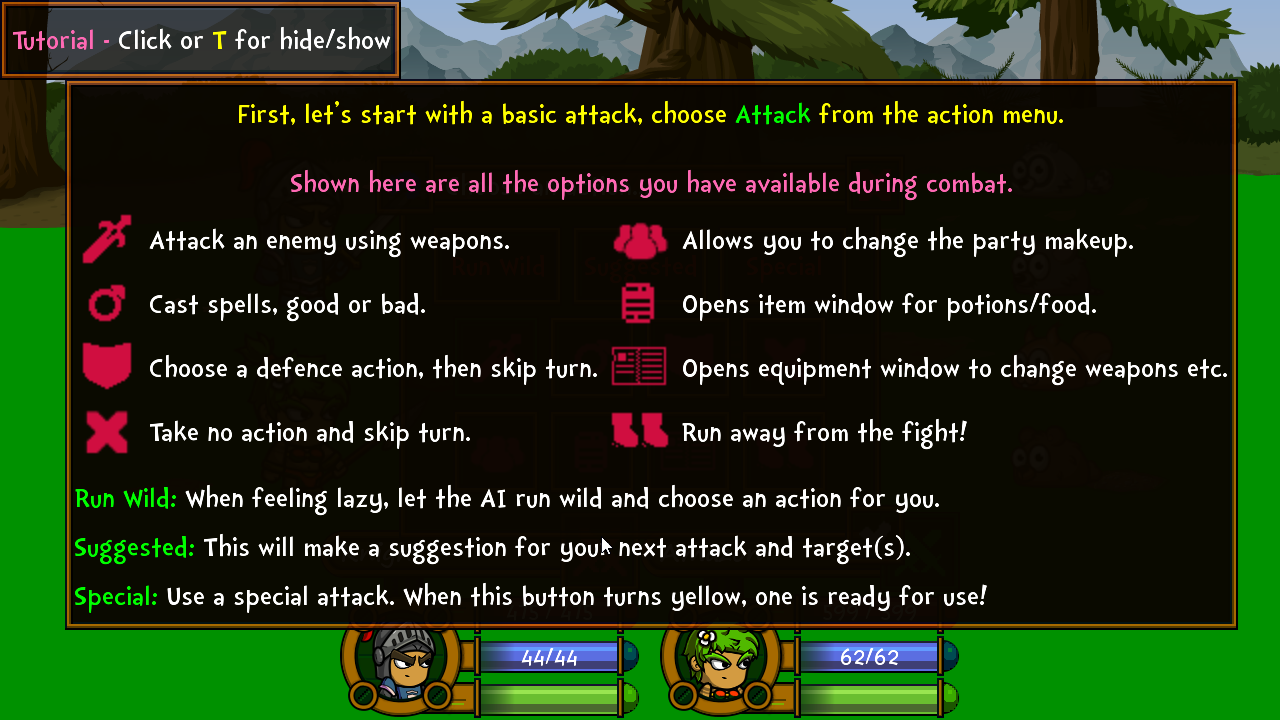 Once you’ve completed the tutorial for the first time, upon return visits he’ll start offering you additional options for further chats. This will lead you into being able to repeat the original tutorial, go into an advanced combat tutorial as well as being able to practice a bit more using his pets. 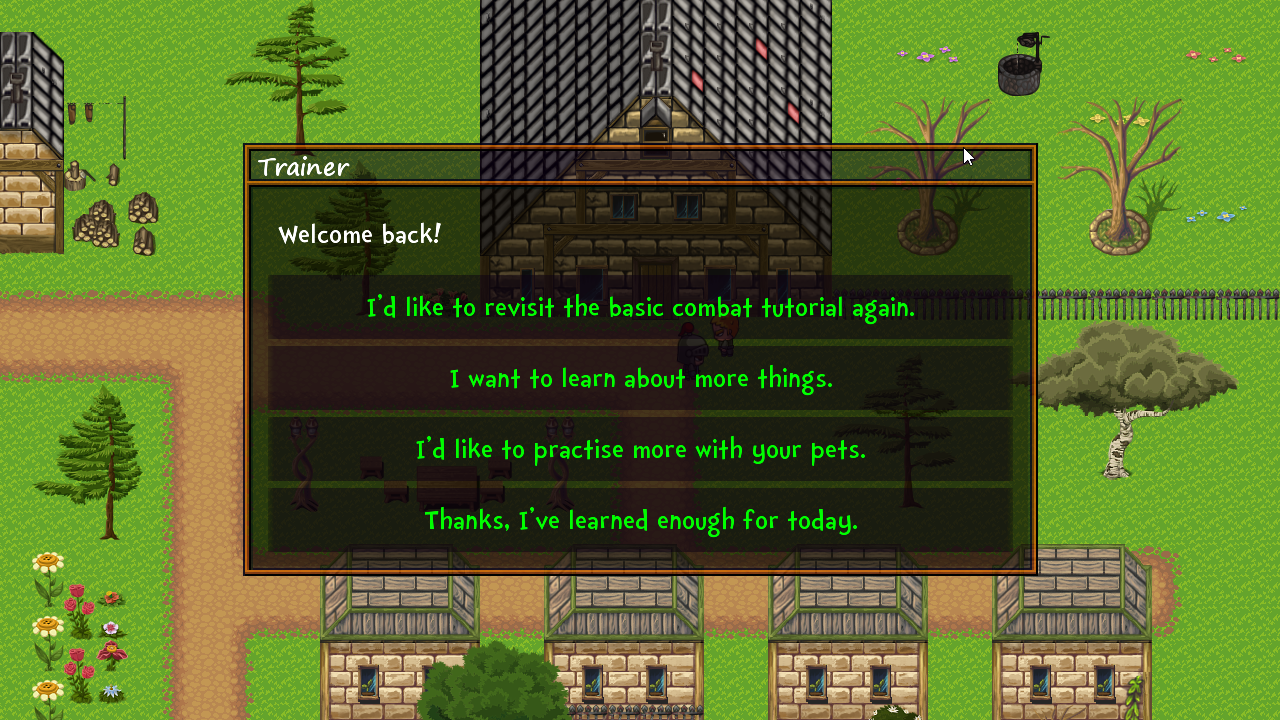 When choosing to practice with his pets, you’re taken into another battle where you can play with all the tips you’ve learned recently without the fear of them fighting back! 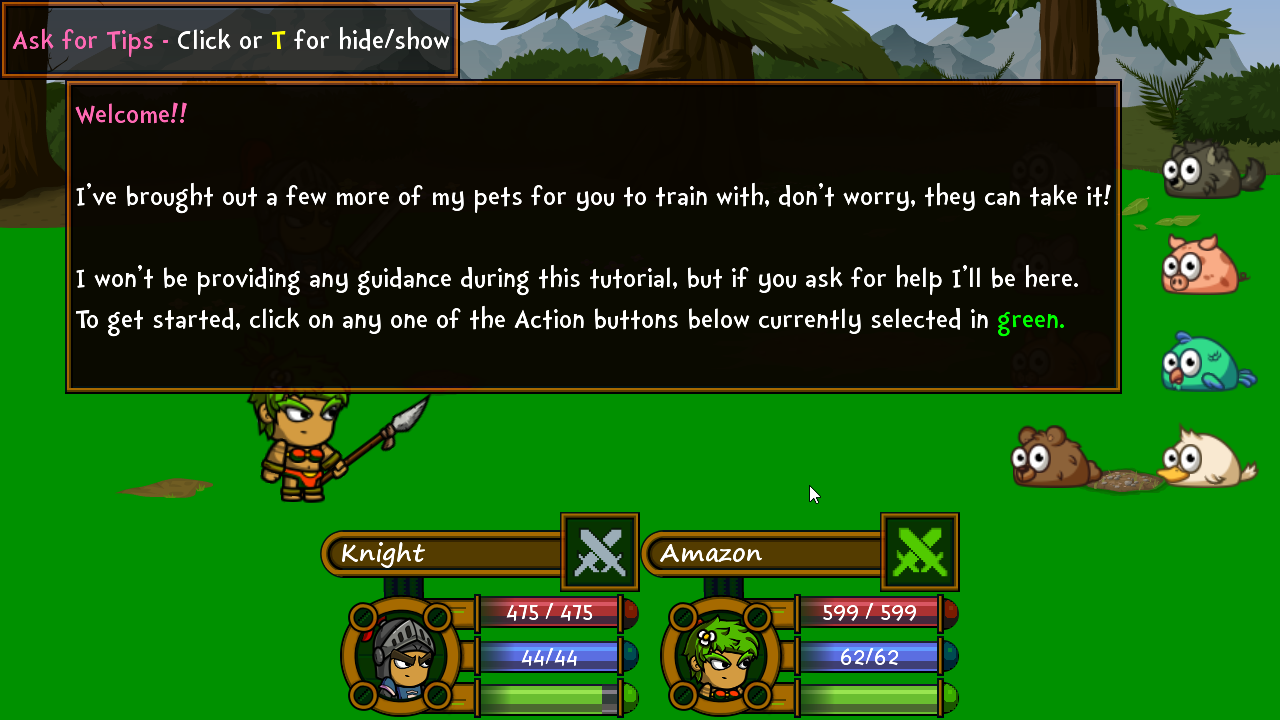 When choosing the advanced combat tutorial, you will then go through party changes, item usage (food/potions) and changing equipment during combat. 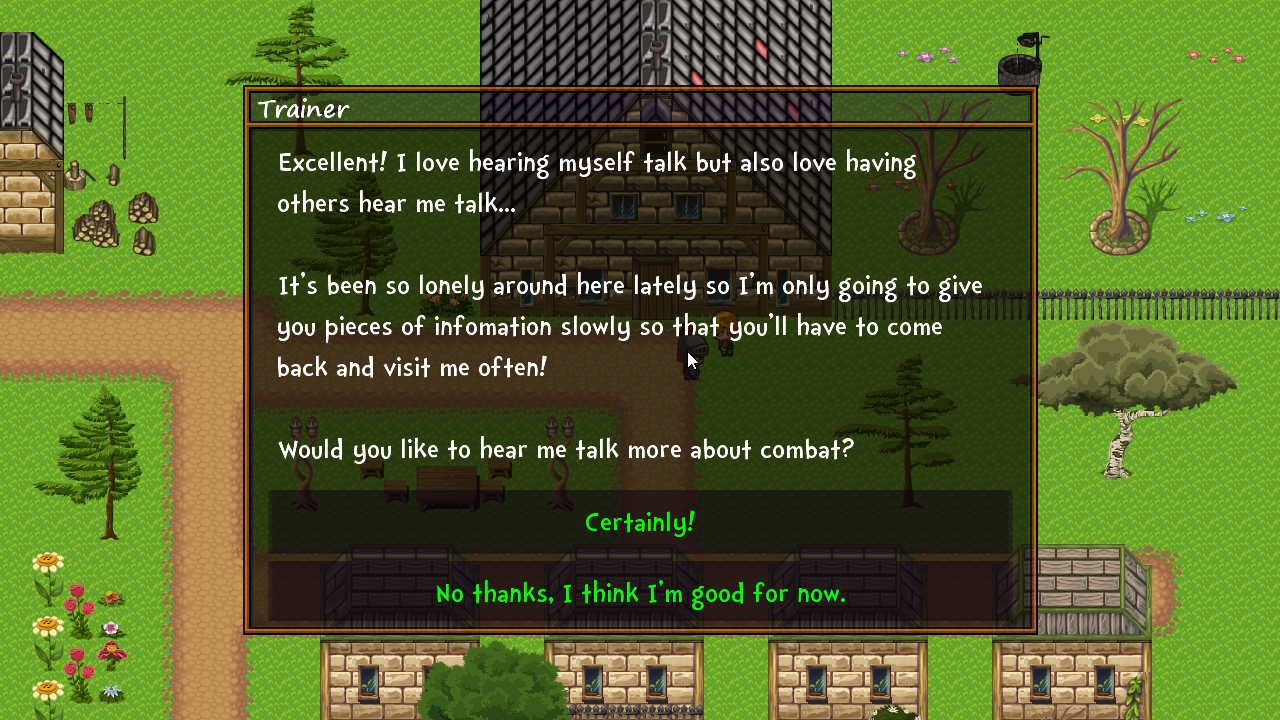 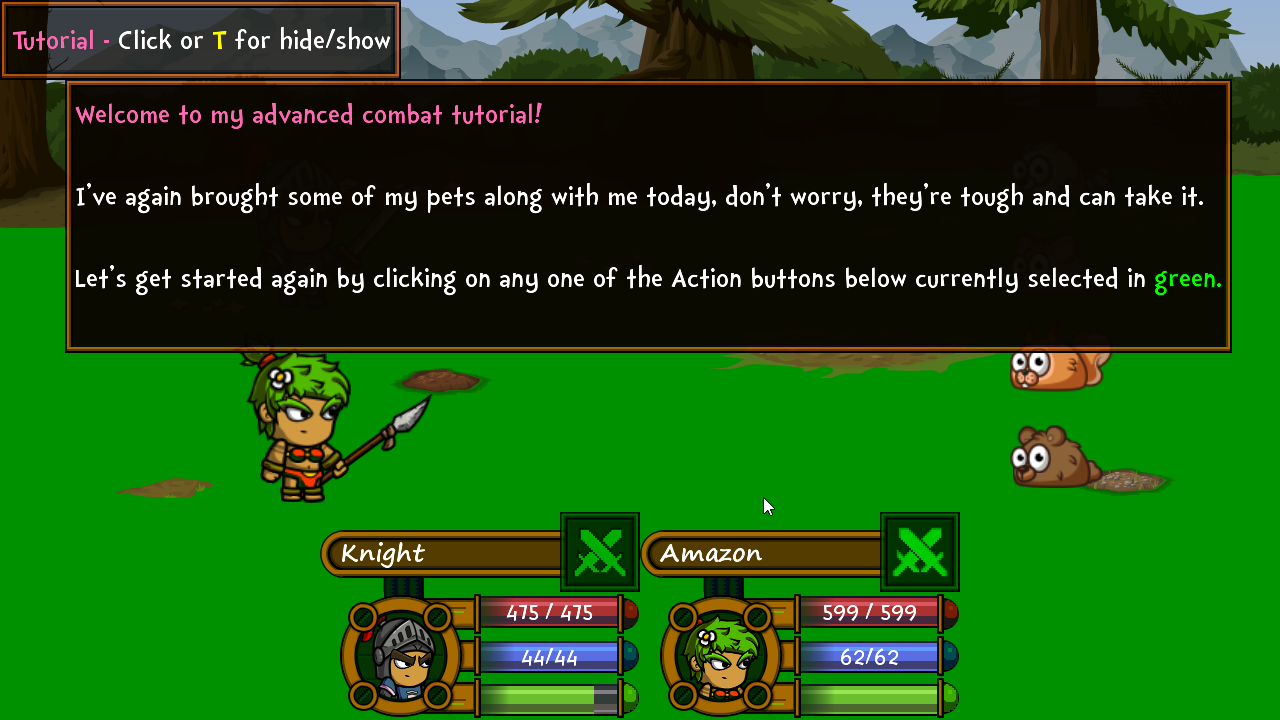