Today I want to talk to you about the Funnel (aka that green thing) and how its being replaced by the Waver. Pretty simple stuff.

So the Funnel was based on Portal 2's funnel. Obviously. And it worked decently. But it's very hard to create a functional funnel that works well, gameplay wise, visually and in all other aspects it needs to ace on. So after sending it to the testers. We came to a conclusion that it was not working. It was unstable and you couldn't rely on it.

So. What could I do? I couldn't just remove all chambers that included the Funnel and replace it with completely new chambers. I decided to take another look at it, I went back on developing it. And came back to the conclusion that it's impossible to create a perfect Funnel.
But I still wanted something similar to the funnel, so I could replace it and still have the chambers.

I continued working on it, and the end result, is what I call, the Waver.
The Waver, does the same thing the funnel does, it transports you forward in the air. But it kinda, waves you forward. So, if this should make sense, the appearance had to change. I mean, since I changed the function a bit. 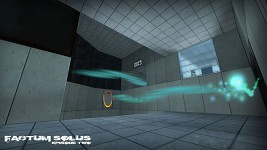 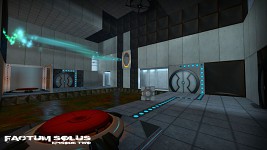 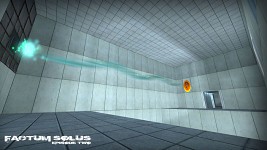 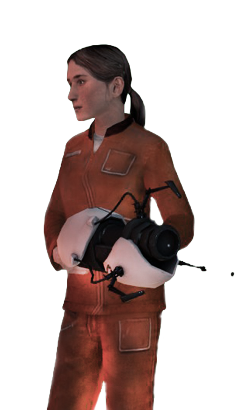 You could say this is Funnel 2.0. But since both the visual and function changed. I decided to rename it. It works excellent. Much better then anything I've seen before. And it does exactly what the Funnel needed to to, but failed. So RIP Funnel, and welcome Waver!

Thats all for now, cya again next week.

It...waves you? What exactly does that mean?

It nudges you up and forward? Maybe you can't stay in it forever and will eventually fall back down?

It takes you forward, like the original funnel. The wave effect is best if experienced yourself. Don't worry though, its not a annoying effect :)

It actually waves AT you. It's friendly.

I am imagining a sinusoidal wave being set forth for your motion as you are going out toward a place, is this somewhat correct?

Yes this is somewhat of how it works

"So after sending it to the testers."
hmmmm how to become a tester? :3

No kidding, I'd love to be a tester, seeing as I don't have much time for mapping at the moment and I'd give way better feedback then "it was awesome!!!" or "that sucked".

Id love to become a tester too... Is there an application form or is it friends and family only?

I choose my testers personally.

I don't get it. How is it any different from the funnel?