Another aggressive little ankle biter in our game - we call him the Wakkalump. Not quite as stupid as the Lydile but much, much more repugnant.

Wakkalumps are a curious forest dwelling race, capable of basic strategy and thought, but still a way off being considered sentient. Despite their non-threatening stature, they can be quite swift, and are thoroughly dangerous, and while it was long thought they were herbivores due to their teeth, modern science (and a huge number of deaths) tells us they are infact carnivores, and their flat teeth are used to grind and compact food rather than tear it as is traditional among meat eaters. 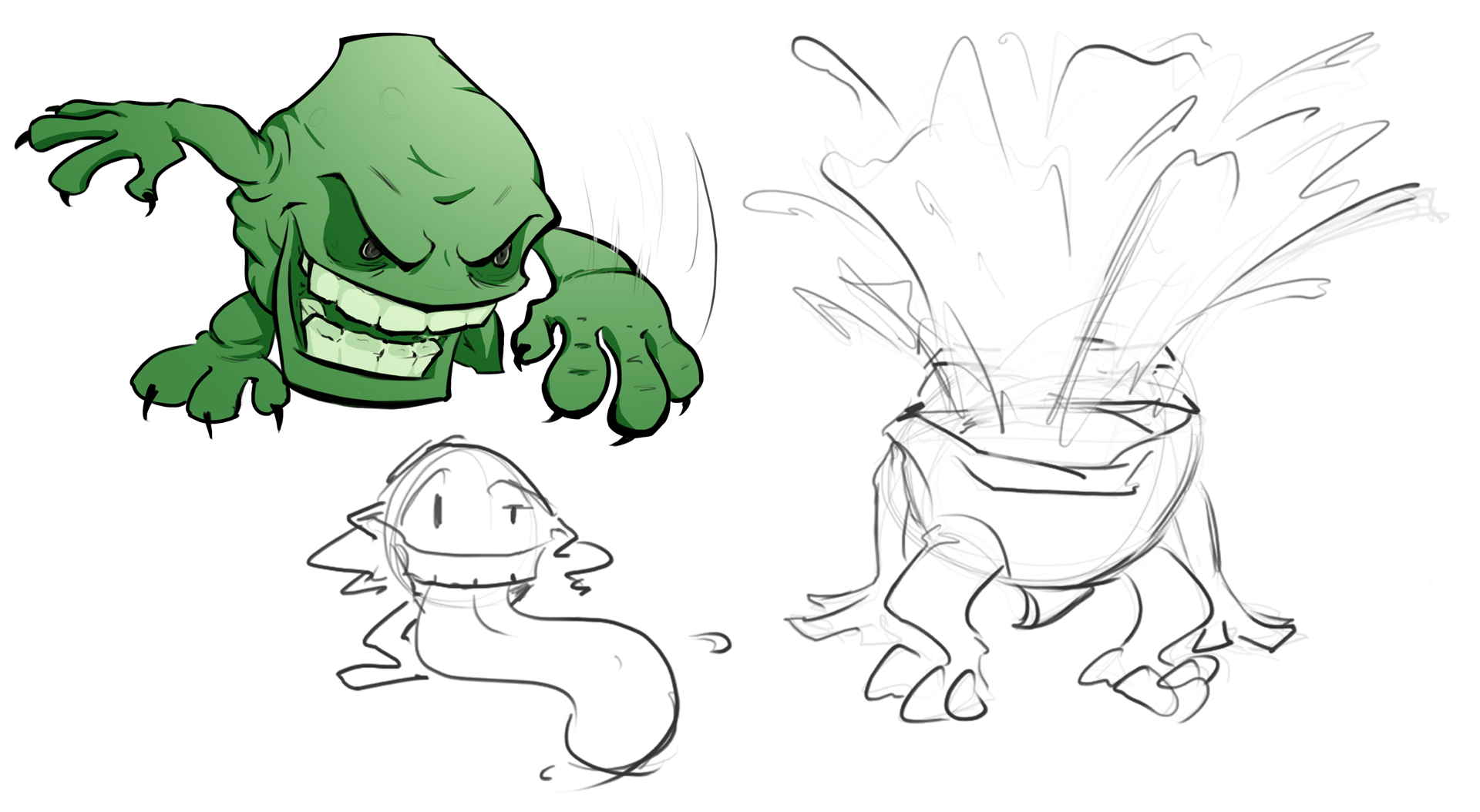 The Wakkalumps’ rate of decay after death is ridiculously fast - it is theorised that whatever they do to stop their own vomit from dissolving them ceases to function very quickly after death, resulting in their digesting themselves from the inside. Eventually all you will find left of them is their lipid remains, which can prove quite valuable due to their apparent resistance to chemical dissolving.

They have large, prehensile tongues, which they will use for a variety of tasks including climbing, grasping, and as a bludgeoning weapon. Often will feed themselves or their young with their tongue rather than using their stubby and primitive arms, which appear to be more used for stability and scratching than anything else.

Wakkalumps are primarily found in locations with poisonous foliage, which they ingest to use as a component in creating a highly caustic vomit that they use to incapacitate their prey. Due to this habit, they were until recently classed as onmivores, but after further studies science has shown that they do not gain any nutrients from the flora they apparently eat, and merely use it as fuel for an offensive chemical reaction - much like one might make an explosive in a lab, the Wakkalump has organs specifically designed to perform such reactions safely inside its own body.