As requested by our alpha players, we're pleased to introduce Tactical Mode, which allows you to pause combat and issue orders to your fleet.

One of the most common pieces of feedback we’ve had from players throughout alpha is that the combat in Distant Star: Revenant Fleet is on the tough side. It was inevitable that this would be the case because of the way we’re adding features to the game – it’s difficult to balance a complex system until all the variables are introduced. But fortunately, this is just a temporary issue as we’re getting closer to being “feature complete”, the gameplay is becoming normalised and we’re more able to balance things.

Some of the comments we’ve had so far:

These are all fair points, but we hope to have gone some way to addressing them with the introduction of the Tactical Mode in the most recent patch. This feature allows players to:

You can activate / deactivate Tactical Mode by pressing SPACEBAR at any time.

This article will give you a brief overview of the Tactical Mode system, how it currently affects gameplay and also talks a little about how combat will continue to evolve with upcoming patches. 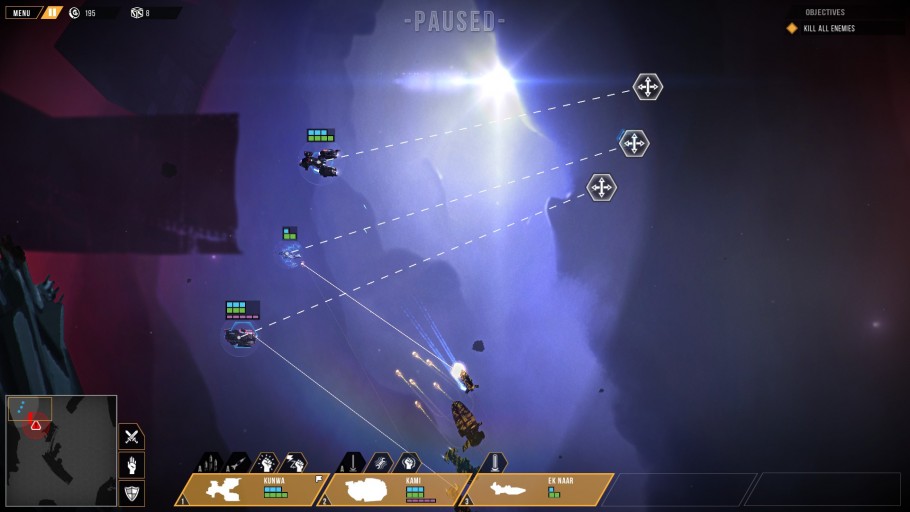 In the screenshot above, Tactical Mode has been activated and all three ships in the fleet have been given the order to move (the dotted white lines). When you exit Tactical Mode, these orders will instantly be carried out.

This will give you a bit of flexibility on how you position your fleet – perhaps you want to move your weaker ships away from danger or simply disperse your fleet to avoid it taking AE damage.

To give a movement command, simply select the ship(s) you want to move and right click on the map – the same as you would out of Tactical Mode.

Decide who attacks and who moves 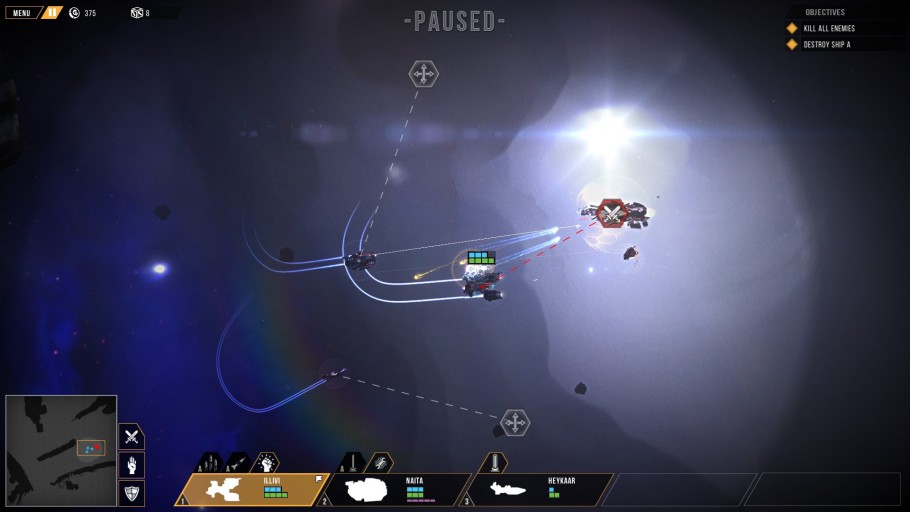 You can give attack commands in the same way as you do outside of Tactical Mode – right click on an enemy ship. 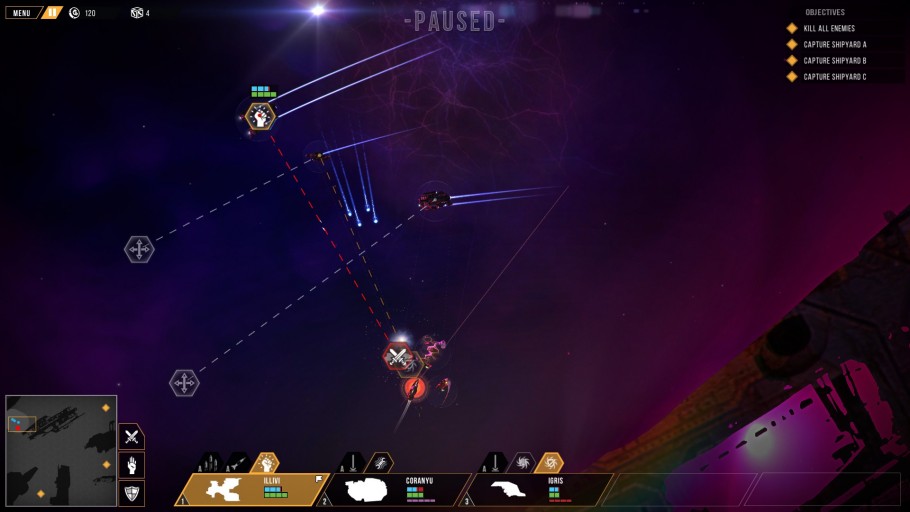 Special abilities can be activated in addition to movement or attack commands. In the example above, there’s a lot going on:

You can activate abilities the same way you do out of Tactical Mode and also cancel them before exiting Tactical Mode by clicking on the icon again.

All commands issued during Tactical Mode will instantly be executed. However, there are a number of limitations to Tactical Mode;

The idea behind Tactical Mode is to give players an edge and some breathing space but not to go as far as to fully automate the gameplay. We’re all pretty happy in the studio that the feature is a good addition to the game and we’d love to hear your feedback on it.