Since last years #StencylJAM15, that I won third place with "The Next Jump", I have been working on a follow up to that game: NEXT JUMP: Shmup Tactics.

Since last years #StencylJAM15, that I won third place with "The Next Jump", I have been working on a follow up to that game: NEXT JUMP: Shmup Tactics.

Despite following the same premise as the former JAM game, I took into account all the criticisms and compliments made to that game and rethought several of its systems and basic mechanics: As a consequence the game is much more dynamic, fast and focused on carrying the main features of Shmups for a Tactical and Strategic gameplay. 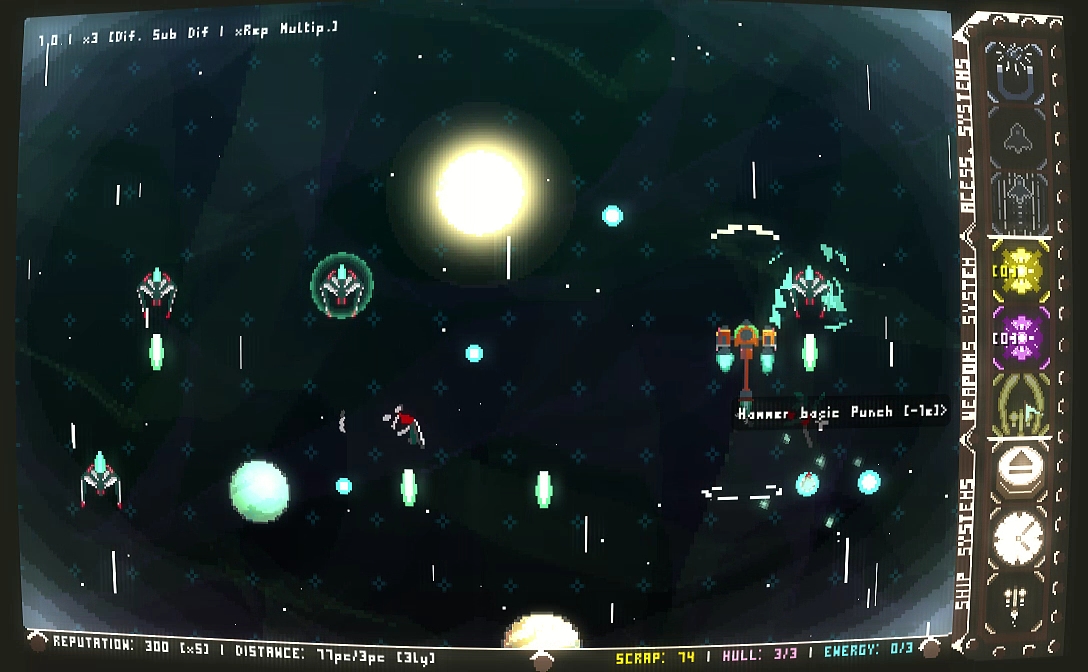 In addition, all enemies have been revised and new ones have been added (more than fifty in total). New mechanics and behaviors were introduced to then and all art was redone.

The interface has been completely revised and rethought to not only work better but also be more beautiful. 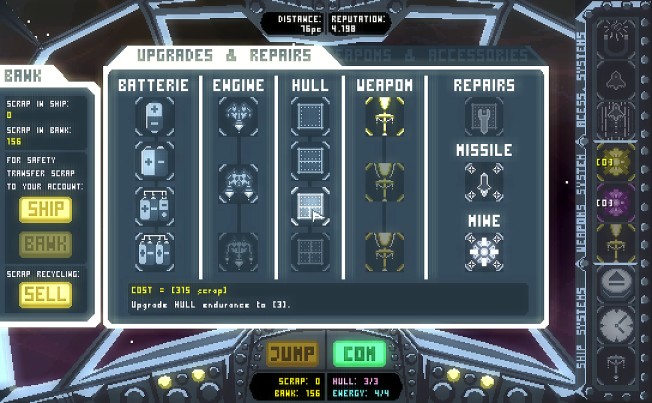 A lore was created around the hunt of the player to the mother ship. (more details on that later!)

There are up to four ships to choose from, one from each race in this universe (Dwarves, Elves, Humans and Orcs).

Here is the (currently) official description of the game:

NEXT JUMP: Shmup Tactics is what would happen if the pillars of the "Shmup" genre were translated into a "Tactics and Strategy (with a bit of a puzzle in between)" game.

It's going to be released in early 2017 to PC (Linux, Mac and Windows. On Itch and Steam through greenlight). You can follow the game development here and some other places (including my Twitter):