Grimoire Guilds is a Tactical CCG that has the depth and fun of both grid-based tactical games and collectible card games. The world is set in a magical fantasy world where guilds compete for fame and glory.

The game revolves around battles between Magical Guilds as they compete for fame, power, and glory. Each guild has a unique play style and different cards to use. Each card can either summon a unique character or unleash a powerful spell... or both. 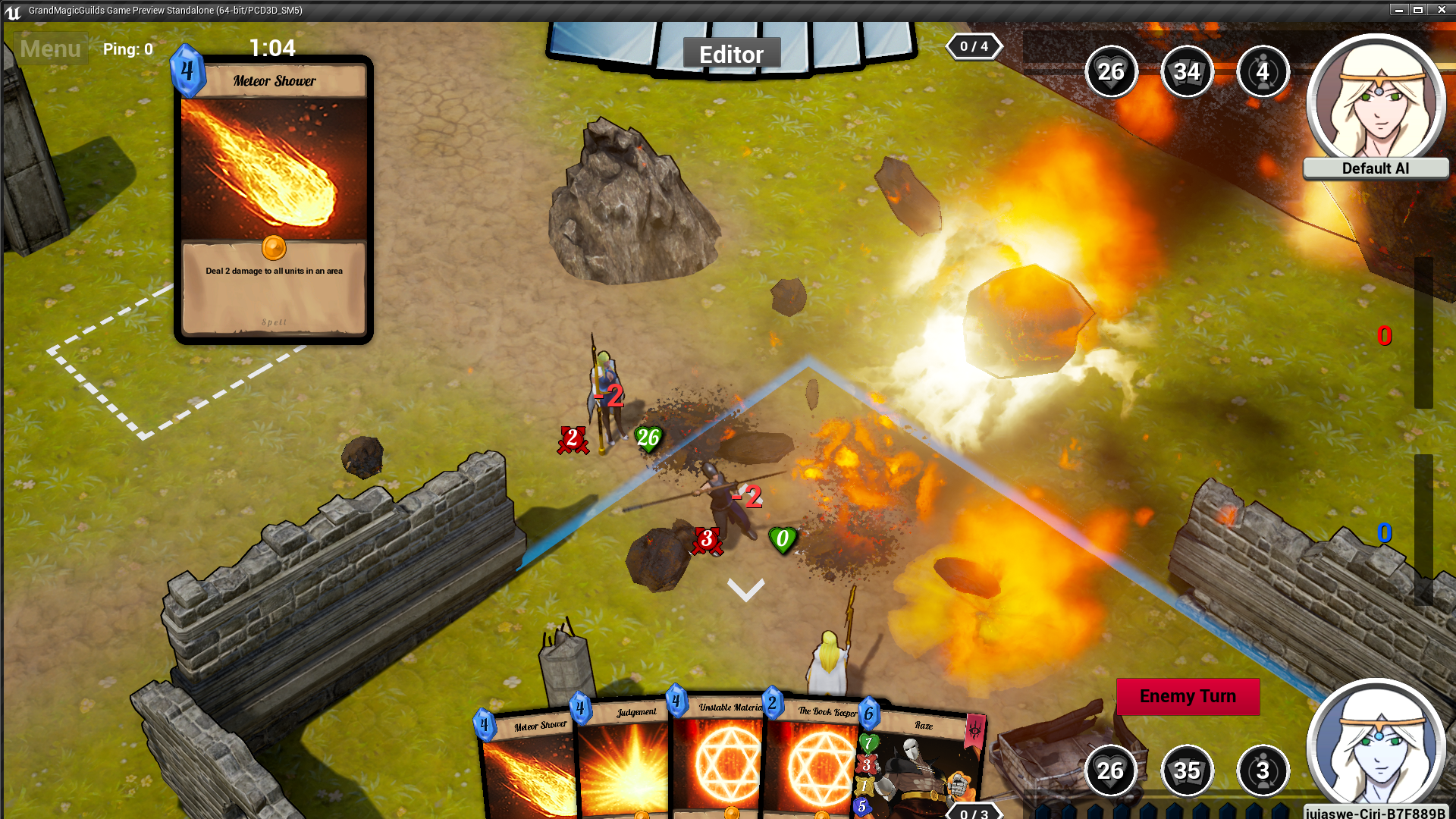 Summoned characters can move, attack, and use abilities within the grid. Tactical mechanics such as cover, line of sight, and the map itself provides more depth than a regular card game. 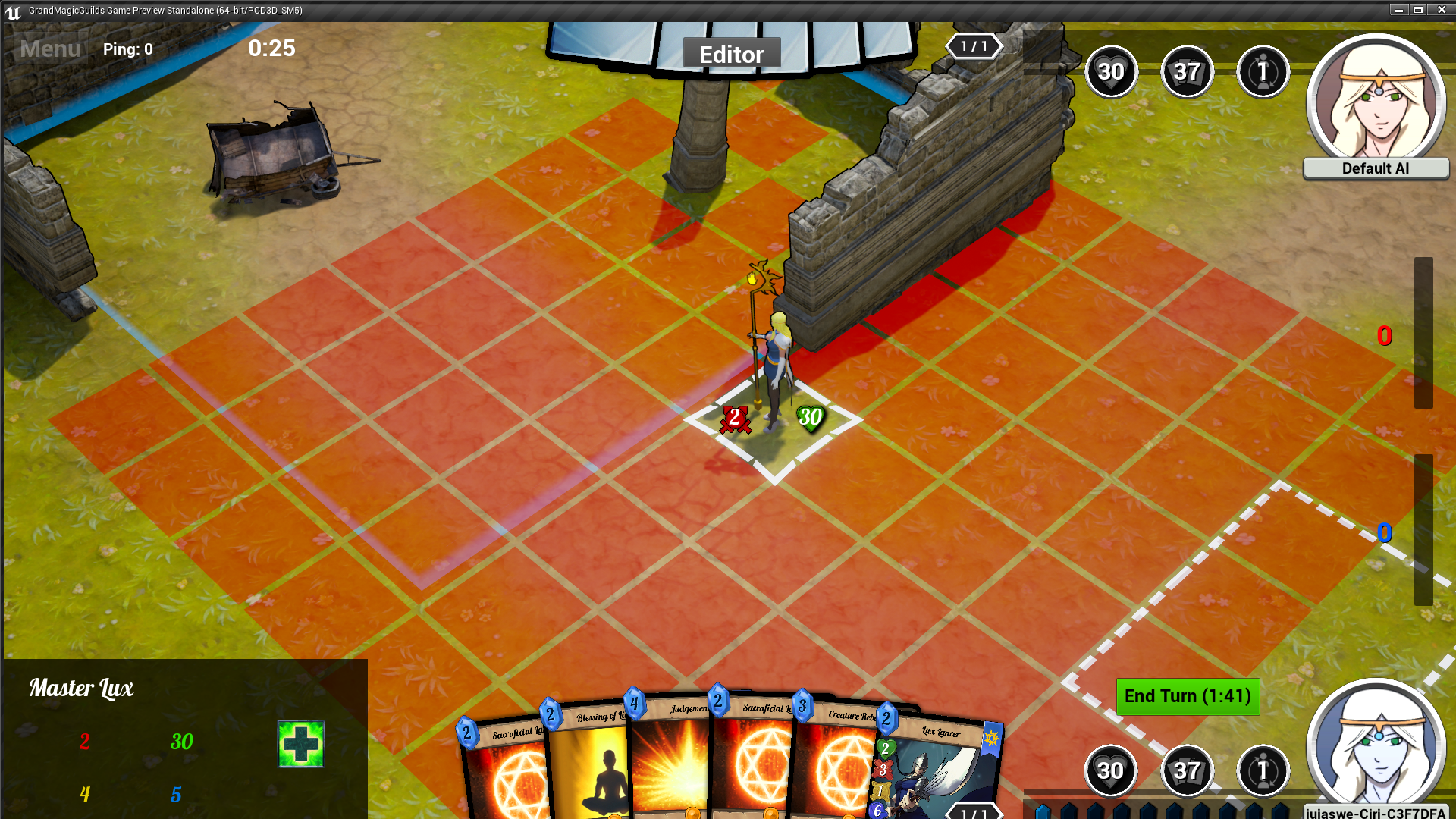 Objectives vary depending on the game mode. Below is a mode called "King of the Hill", where the player who first gains 5 points will win. A point can be obtained by occupying the objective area with a unit. The enemy must not have a unit within the area for the player to gain a point. 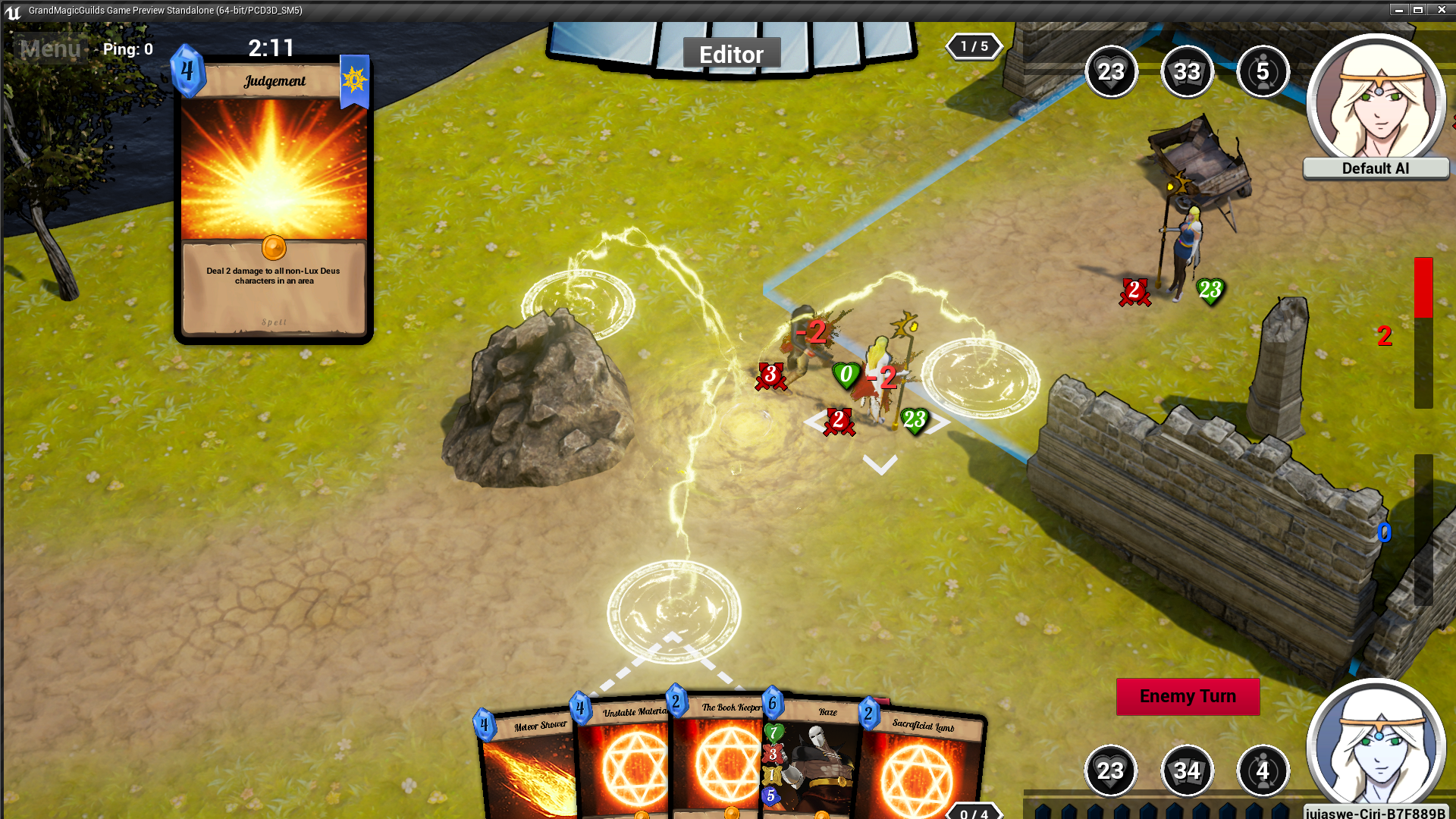 Stay tuned for more info on Grimoire Guilds and its development. 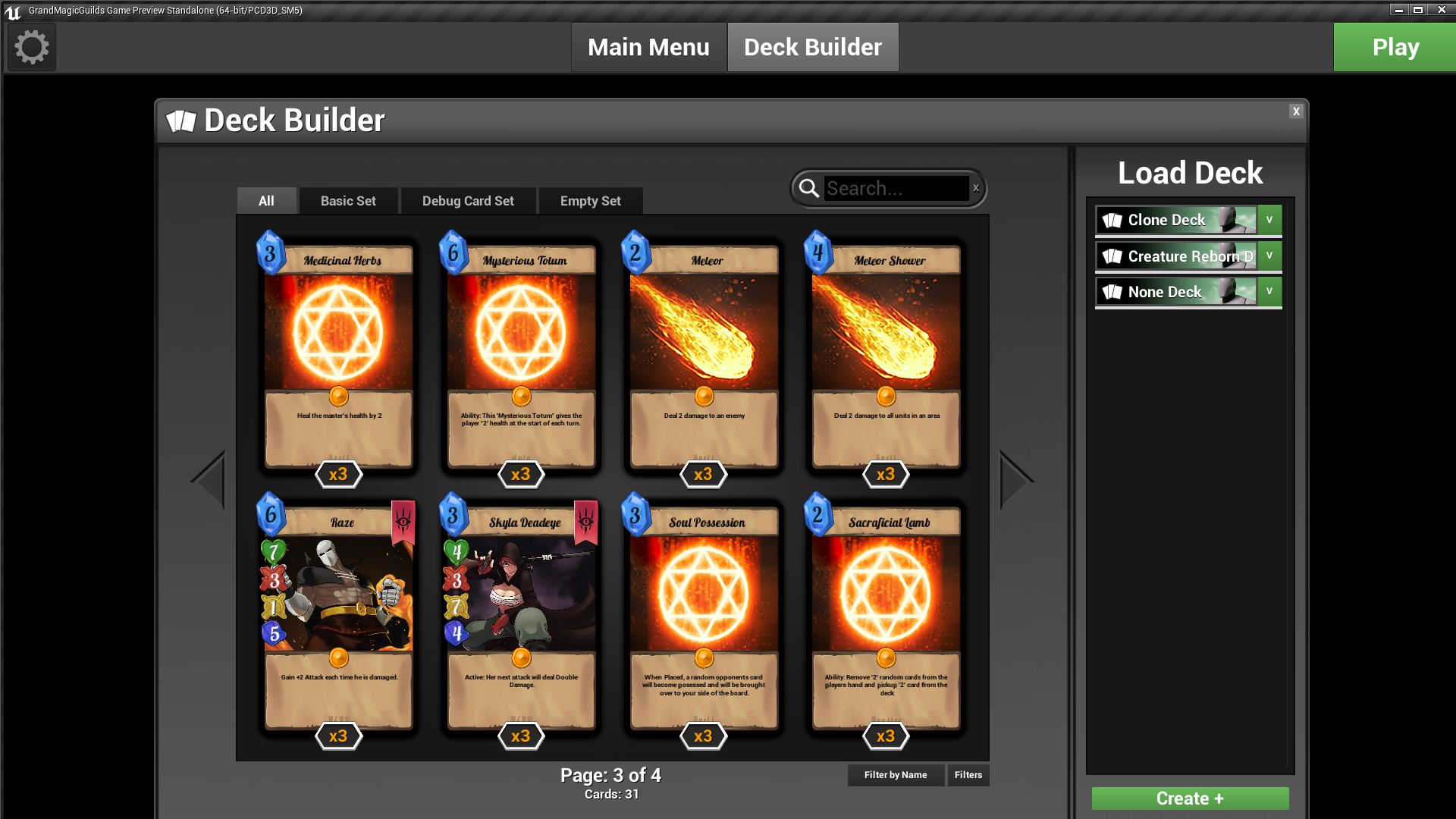 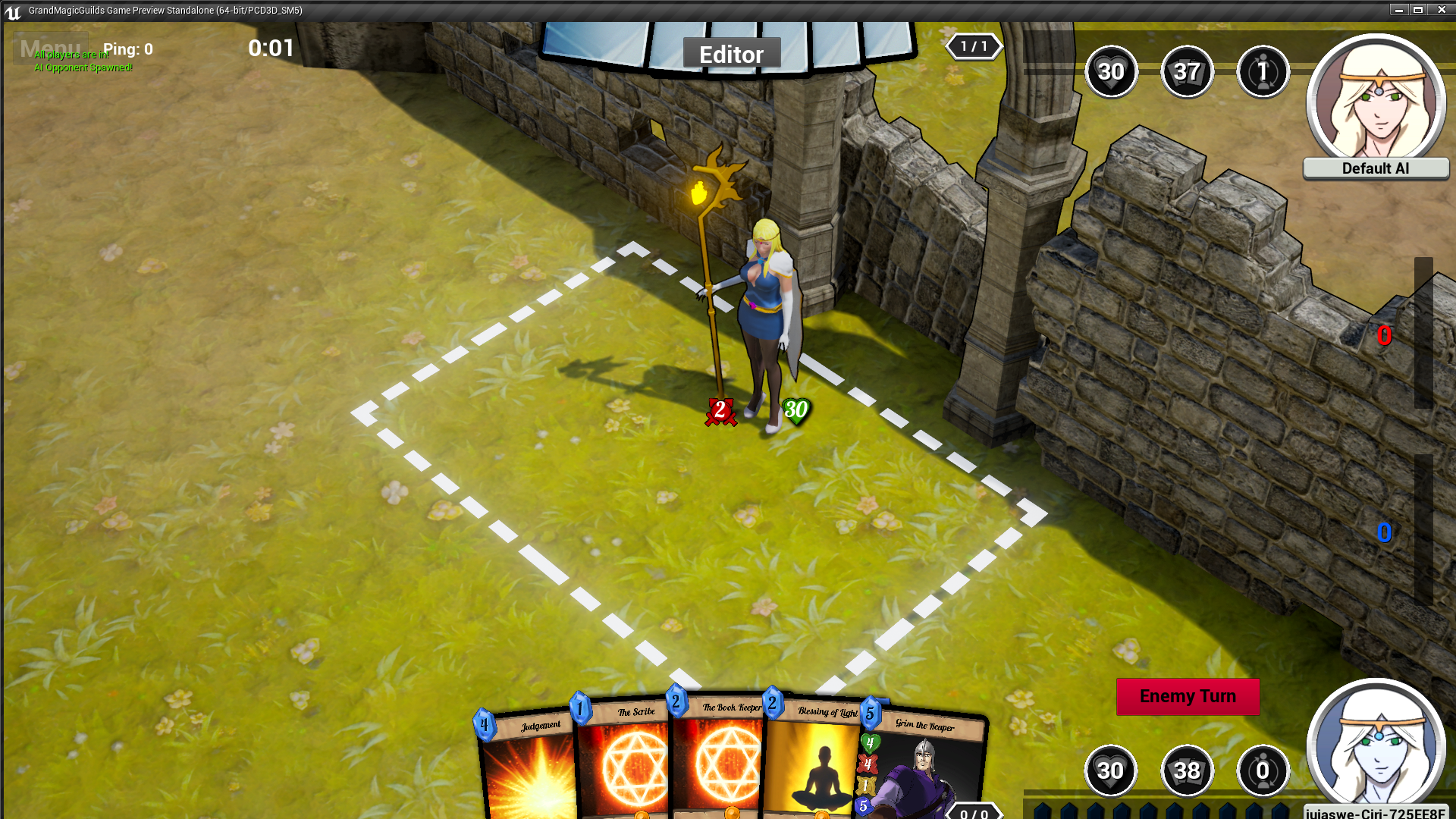