We go over some of the basic mechanics in Exiled and our vision of how a multiplayer roguelike should work.

Exiled is a game of tactics and skill with a deep story and several gameplay twists that bring a breath of fresh air into the world of roguelikes.

The world beyond Avernus is infinite - ever changing and diverse. With underground volcanos and beautiful blood-shed gardens adding contrast to the murky underground, every dungeon you walk in tells a different story.

The game's dungeons are randomly generated, populated by a variety of hideous creatures and full of treasures waiting for the next group of exiled to enter. Alongside these infinite dungeons we have a growing set of hand-made dungeons that deepen the story and serve as a well-known baseline for competitive play.

The exiled take turns moving, attacking and using abilities on a grid with other exiles. Unlike single-player roguelikes, in Exiled there's a time limit for each turn to make the game more challenging. During his turn a player uses action points to pay for each action. We took this approach more in line with early Fallout games then traditional roguelikes, where a player can take a single action per turn to make the game more tactical. The players can do more during a turn, and combine their abilities for greater effect.

Action points are split up into types, and each ability costs a number of action points of a certain type. We have might, agility, magic and movement, as well as a rainbow type; general, which can be used in place of any other action point. General action points are used most often, while other serve to strengthen or diversify the players range of abilities. Action points are your most valuable resource and can be increased by leveling up, manipulated using abilities or given by using magical gear.

Your choice of abilities will often decide between life and death of you and others around you. Each character has a choice of his own class abilities and a set of shared ones which can be used by all classes. Abilities are split into two basic groups - instant and triggered.

Instant abilities apply their effects as soon as you use them. These make the majority of your arsenal and can be lethal when used accordingly. Their effects range from dealing damage to moving faster, healing and shielding, going into stealth and attacking every opponent around you. 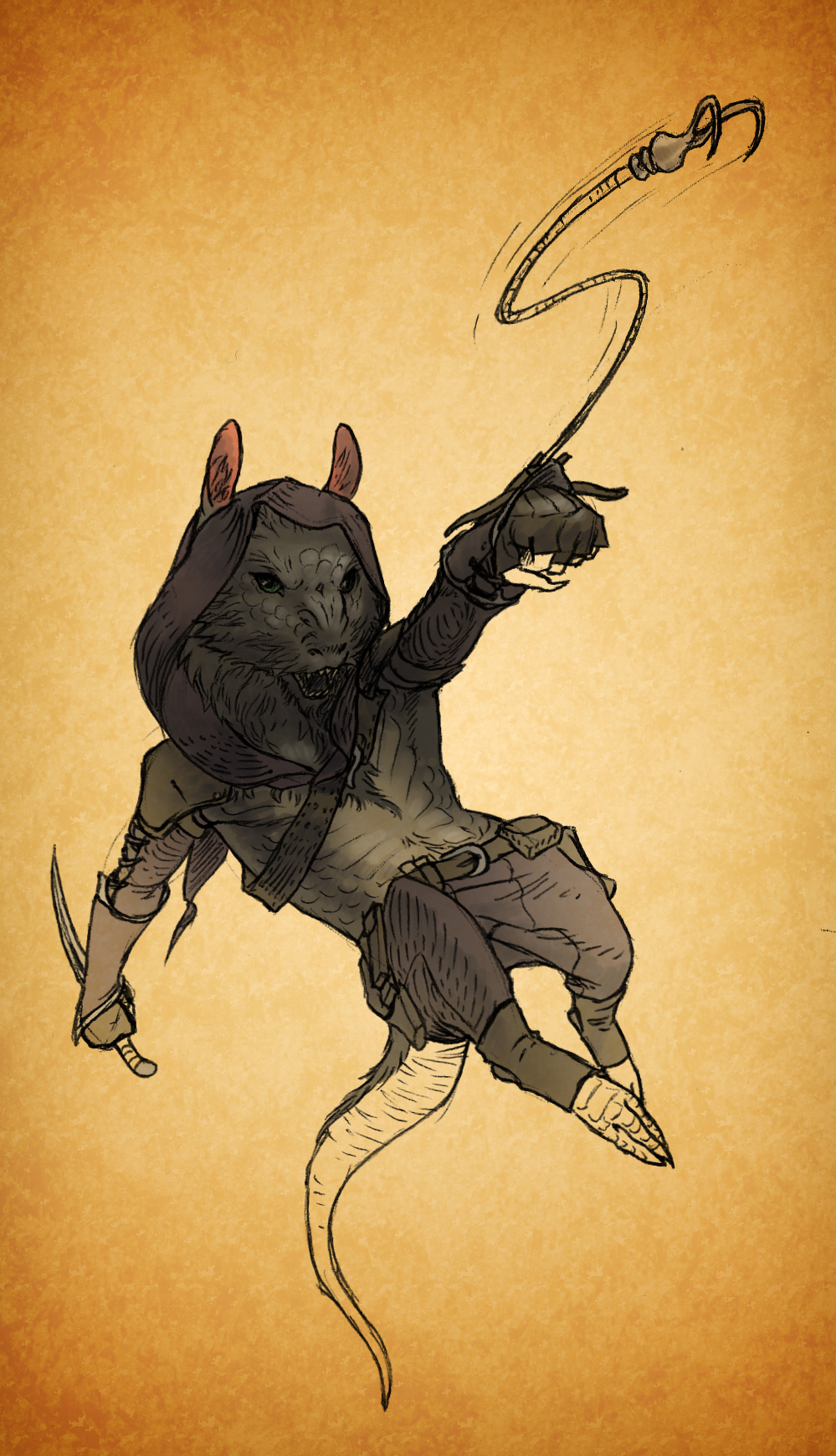 Triggered abilities are another set of knives. Once a triggered ability is used it waits until a certain action happens - like someone moving next to you or you taking damage, and then unleashes its effects. Opponents can't see what the ability is until it's triggered, but usually that's too late. These can ruin your opponents plans - or waste your action points. 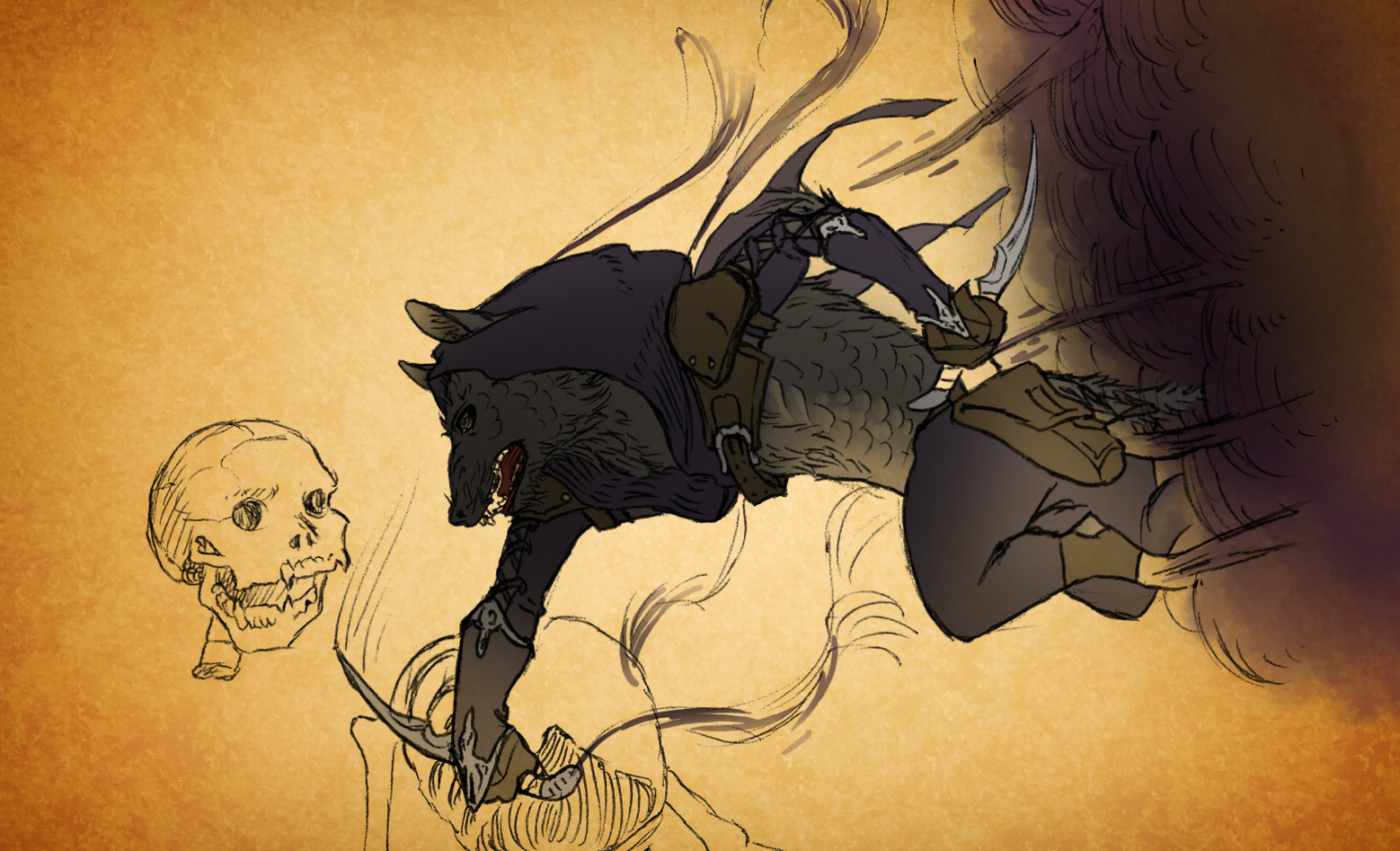 Shadow step is a triggered counter attack ability that makes this little ratkin a tough opponent, even out of stealth.

Besides the action point cost, an ability has to have enough charges to be used. Charges are here to prevent spamming and force players to combine abilities, rather than rely on a single one. Abilities gain charges with every turn - up to a certain maximum.

Dying is painful and shouldn't be taken lightly. It's even more so when you can't just magically revive your character after the battle and continue on like nothing happened.

For the lighthearted, there's a more casual mode, where permadeath is just a bad dream. But if you really want to experience the game, we recommend creating a mortal character, as the game is truly built around your death.

Permadeath is what makes every action you do in Exiled count. Not all is lost though as your next character inherits some of the treasures you collected and every character is recorded so you can always take a trip down memory lane.

A player also leaves a ghost after he's dead, which stays there until another exile stumbles upon it. This is a feature common in roguelikes where players who play on the same computer find each other's ghosts - along with their cursed belongings. But ghosts are not easy enemies and can easily kill you if you're not ready. You'll receive reports of your ghost's evil-doings, which is accompanied by a ghost ranking system.