New patches have been released on Windows and XBox 360, introducing Inventory Sorting to the game as well as fixing some bugs. Plus, I did an interview!

Survivalist patch v21 finally made it through the XBLIG review process last week, so that's now live on the XBox 360. This patch was released on Desura a few weeks ago and, besides fixing some glitches, contains the much-needed, often-requested ability to sort your inventory: 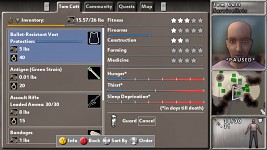 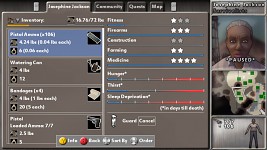 On a gamepad you use the d-pad left and right buttons to choose what to sort by, and up and down to choose the order. You can sort by:

Meanwhile the PC version is now on patch v22. That patch fixes some crash bugs that only apply to Windows, and adds one small feature as a bonus: when you demolish a building, you now get half the building materials back: 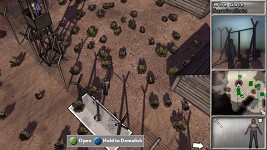 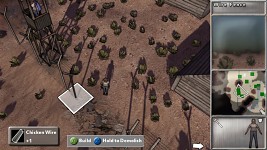 Also, I got interviewed at the Wonderland Games Blog! This is a blog which belongs to a guy who used to write for the now defunct indiegraph.com review site (and who also makes zombie games!).

Lastly, thank you very much to all the people who've voted for the game on the Steam Greenlight so far - especially the ones who'd played it on the XBox and Desura and said how much they enjoyed it. That was very encouraging.

I still need more votes though, so if you like the game please do consider heading over there and helping it along. Thank you!