Indie game Interstellaria hits beta! New races, ships, planets, as well as improved gameplay. Interstellaria is a tactical space exploration game. You must captain a fleet of advanced starships across the galaxy.

What are your orders captain? Interstellaria has just hit v0.5, and that means we're in beta! I can't tell you how excited I am to be at this point. Before I get into the gritty details of what this all means for you, let me just say thank you for everyone who has supported the project so far. From kickstarter backers, to greenlight voters, to well-wishers, bug finders, and even idea-havers. Thank you all. It's because of you that a game has been built!

Here is a quick preview of something that has changed from inception, to beta

What Is Beta?
- Mechanic complete. 90% of all mechanics are coded in. There are a few minor mechanics (mostly when on planets) that's left to do, but that'll only happen as each world is built. There's not much more coding to do. That DOES NOT mean its bug free, there will still be issues that come up as we go!
- 1/4th content complete. This might seem low for a lot of people, but the game has been built foundation up. Creating a new world is now a task of art, music, and design. What would take months for otherwise can now be done in a week or two with good planning. That’s not to say content in game won't change. Testing will refine and change things.
- More user friendly. We've added a tutorial, several UI changes, and more to make things a lot more user friendly. Of course, we're always tweaking things (for example a text scrolling change coming soon). 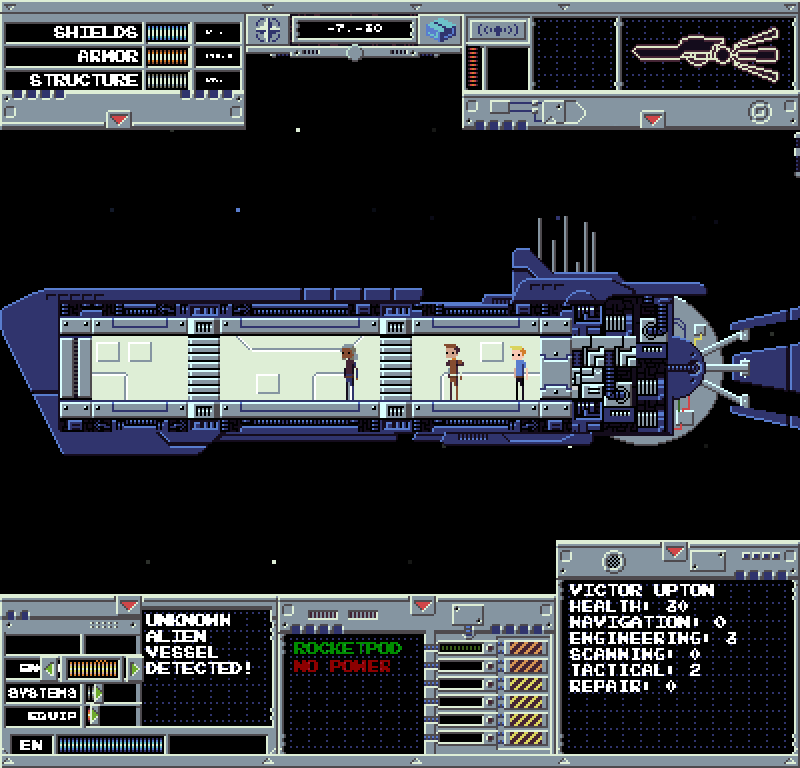 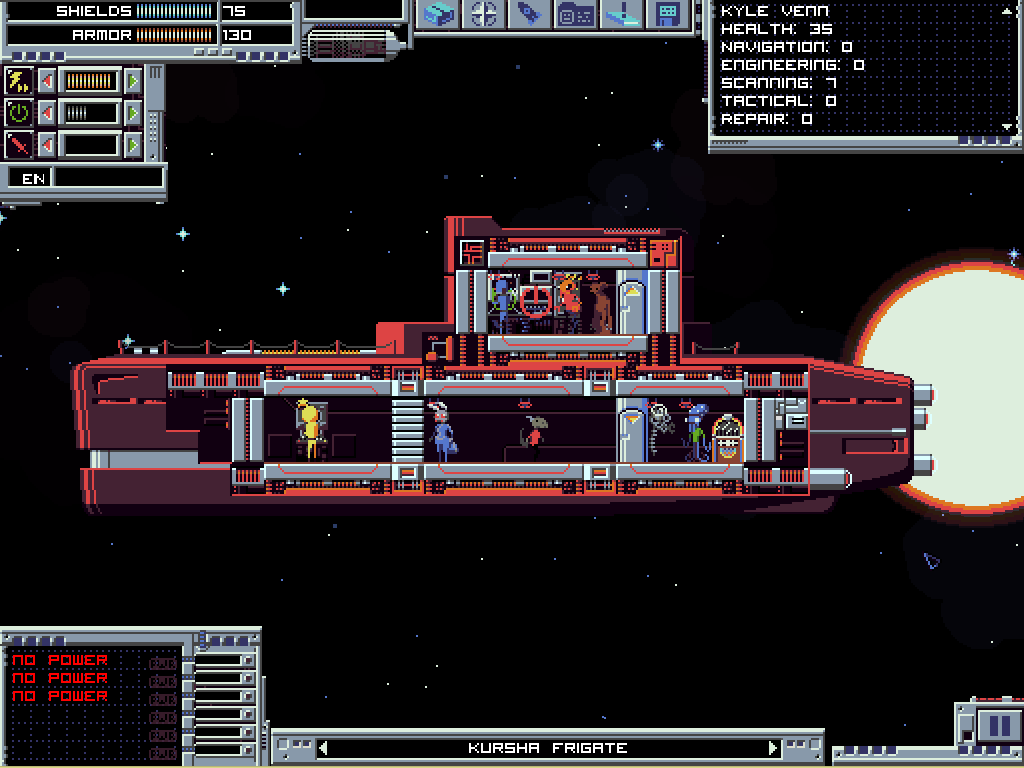 If you are are a kickstarter backer with beta access, the goals will be simple
- Balance. Some things are likely overpowered, some things underpowered. The only way to know is through testing.
- Progression. When you're a developer you can breeze through content and combat quickly. Outside eyes are needed to discover where the game is too short, and where it drags.
- Content. Levels need to be tested, tried, and broken. As new content unrolls over the rest of the dev cycle, it'll also need to be thoroughly broken and rebuilt by the players. The beta is being distributed by the Humble Store to beta backers - so you should be getting your key soon if you backed the game!

For feedback, you can alway send notes to coldricegames@gmail.com
There's also a nice subreddit made for feedback and discussion! Reddit.com

We've already built up quite a few things to test out

as well as all the races and ships to test!

Moving on, what's new since our last update overall?

Many new events are in game!

Suns and planets now show up as you travel

Anomalies may now show up and cause trouble

As well as a minimal view of the star map!

As well as a few UI updates

New side activities are also in

Also, I'm very excited say that we've added an additional "main" race into the game! That means they can equip armor and guns. The race has new ships, dialogue, and territory. I just felt like 4 was an odd number for main races. Introducing the plant like Suna!

As always I'm sure there's more, but you'll have to play the game (if you have access) to know.

Now onto the big question - WHEN WILL THE GAME BE DONE?! I swear it's the first question everyone always asks me. If you've been following the updates, you know I decided to push development into January. This is to avoid problems with taxes, as well as to avoid the holidays. After much discussion with everyone involved I am also considering pushing into March as well. I know this comes as a disappointment for many not involved in testing the game, but it's important for the game to be completed and to avoid cutting corners. The goal is to have the content completed in January (or close to it) and then spend the remaining few months polishing and testing the game. I feel the crunch in launching so close to games completion would result in too many problems.

I just ask you guys all trust me on this decision. It's only done in the interest of the game. I’ve spent roughly 10 months so far putting out weekly builds, which is sort of unheard of for most projects. I hope that the constant progress, communication, and implantation of feedback serves to show the integrity of the project.

And finally, a simple trailer showing some of the new features!

Are the controls completely mouse driven? I was hoping you could control character movement directly like a platformer with the keyboard WASD keys.

There is code in game right now to do that actually, however it's fairly difficult to control all your crewman one at a time

I'm mainly thinking about instances when you only control one character, especially during planetside platform segments with combat.

Having direct control in these situations gives me a feeling of autonomy that feels missing when you just have mouse-only control.