Lighting fast AI processing has arrived! Also, a quick look into the current development status of Interplanetary and its future updates.

Greetings, Interplanetarists! Team Jolly Roger here, with another little patch that should greatly increase the joy of demolishing AIs. Also, we'd like to give you a quick update on Interplanetary's state, the pace of future updates and such. Let's get right on it!

As some of you have pointed out, the AI can sometimes take its sweet time calculating attacks. The more AI players and the higher the difficulty, the longer it takes.

To alleviate the frustration, we've made changes that should make turn processing much faster. The AIs now start their calculations already during the player's turn, which in the ideal situation can make turns lightning fast! This is something that people on our forums have suggested, and while we initially had to keep it simple, this is obviously the better way to do things. 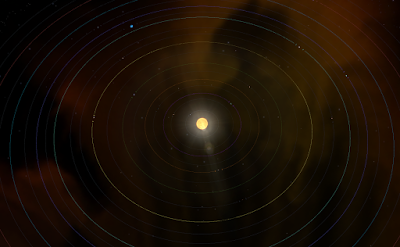 On top of that, we have some little tweaks, but nothing massive.

For previous changelogs, head for the forums.

Overall, Interplanetary 1.0 launch went quite well! We got a nice burst of new players and the added features were well received. Having given it a little time, we determined that the launch was indeed successful enough for us to continue updating the game, but not quite on the scale we originally thought we might. All promised features are still planned, but the timeline had to be expanded. Of course, possible fixes of all sorts take priority over features.

Some new issues were discovered, as is customary when releasing a game, but we did and are doing our best to handle them. The most persistent and serious problems have had to do with the game getting stuck on turn processing. There have been different reasons that have caused this to happen: networking problems, AI issues or just unrelated bugs causing the game get confused. 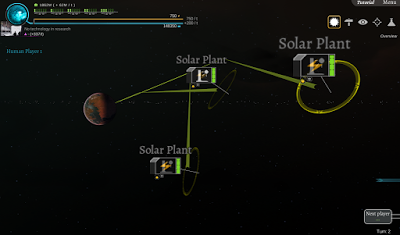 Not this one, though! Flying buildings were harmless fun.

While we've done our best to try and eliminate as many of these problems as possible, we've wanted to also add two fail-safe features: Reconnect and Online Saving. Both features have been promised multiple times and reconnect was technically ready when we discovered a huge problem. The system, as it's currently made, works, but it is very slow. In common cases, reconnecting to a match can take over 10 minutes, which brings the match to a halt for all players.

Needless to say, this doesn't work. Not only is it possible to accidentally get the game stuck, but this feature would also be very easy to abuse. Since Online Saving is part of this system, we've had to push back both features. Sincere apologies for the inconvenience! The features are still coming, but we've passed our internal deadline for them, so their programmers have to move on to different tasks. We can't say exactly when it will be possible for us to patch in reconnect and online saves, but it will be a while.

Basically, the pace of updates won't be what it was during Interplanetary's Early Access run. Even though many of us need to switch to other tasks, we will still keep a close eye on the forums and use every possible chance to continue work on the planned features. There's still a nice big list of goodies planned!

If you have any questions, concerns or bug reports, the forum is a pretty good place to find us! You can also find us on Facebook and Twitter or just shoot a traditional email to info@teamjollyroger.com. Another nice way to keep updated on the development is to join our mailing list at www.interplanetarygame.com.