The latest update to the sandbox god game is available now. Your genetic engineering abilities just got more powerful.

It has been just over a week since Intelligent Design left early access. I did this because in my mind the game was finished, I didn't want to fall into the trap of adding feature after feature. So I am somewhat surprised to be releasing an update so soon which changes a fundamental mechanic in the game. The update is available to download now. 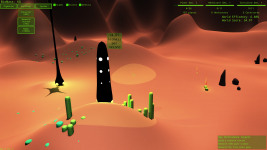 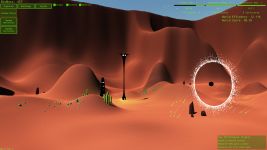 The game loop I had in mind when designing intelligent design was tweak ecosystem -> manage economy -> research genetics to help tweak ecosystem. Under the hood every time a player creates a new creature one is created with a set of random genetics. The plants have something like 12 or more genes which determine how they grow, compete, spread and live. In the first implementation (which was how the game was at release) the player would unlock abilities to allow them to change the maximum value those genes could take. This lead to some pretty cool jank which I left in the game, I'll let you discover that yourself. 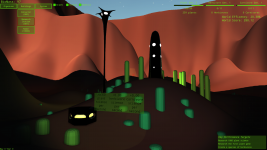 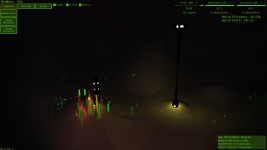 Since the release a few people pointed out that just being able to set the maximum possible value means you are a slave to the randomness. So I changed the function of genetic engineering in v1.1. Now you select genes and create a species with exactly the genes you select, for the genes you have unlocked. 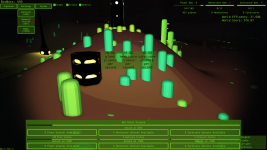 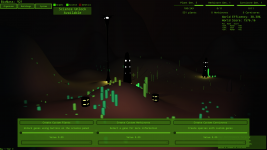 For example if you research enough plant science the first gene you unlock is height. Open up the genetics panel and use the drop down menu to select height and the slider to change the value to what you want. Now when you click the "Create Custom Plants" button you will create a species of plant which has the exact height you selected. The rest of the genes, however, will still be random until you unlock them. Eventually, when you unlock everything, you will have a complete custom creature creator at your finger tips to experiment with. There is still the danger that once you create a species those genes will forever be in your gene pool. Remember, you can put force fields up around radars to experiment locally... just hope the wind doesn't carry a seed over the top... 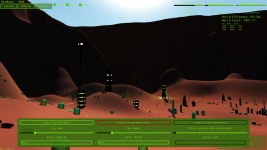