Post news RSS Inside Interplanetary: The Resources: The Material: The Movie

How are you supposed to sustain a planetary civilization, especially during wartime? Well, here's how it works! 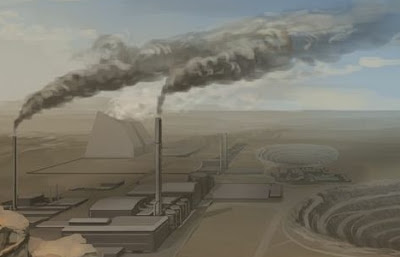 Yo, everyone! Game Design fellow Sasu is back in action, currently testing the newest build of Interplanetary. Some key features are still missing; it's a little bit difficult to enjoy the game when buildings and cities don't even have life bars, but the game is otherwise quite playable already. Add in a couple of features and balance, balance, balance!

Today we shall delve into a central system, that isn't completely implemented in the game at this point. As such, many of the terms used will probably differ in the final game and the system itself will evolve. In spite of that, let's take a look at the basics of...

The Resources of Interplanetary: Material


We've already mentioned some things about Interplanetary's resources in these posts. There are quite a few, such as Production, Science and Power, but one of the most important ones, for you to keep your eye on, is Material.

Material represents everything, well, material that you need to build structures: concrete, rebar, currency, whatever. It's all lumped under the moniker of Material for your convenience! Along with Power, a bar showing the available Material is always shown to the player; these are the two things that need constant attention when developing your planet. 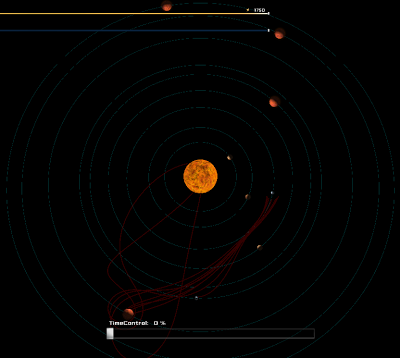 All those railguns ain't cheap.

As we've explained before, many actions in the game cost Power, the amount of which is recalculated, according to the amount of Power Plants, at the beginning of each turn. Material, however, works more like normal currency, meaning it can easily be depleted, if you consume more than you produce.

The game begins with a set amount of Material for each player, but it won't last for very long. A savvy player will construct a couple of Mines to keep their stocks full. A normal Mine yields a small amount of Material each turn, but they can be upgraded to be more efficient.

The Material doesn't just appear from thin air, though: each planet has a set amount of it, and once it's gone, it's time to start thinking about alternative means of sustaining your development. The planet's Material is divided into three parts: Normal, Aquatic and Deep. The type doesn't matter when building structures, but each of them is acquired in a slightly different way. Most of the planet's Material is Normal and is mined by Normal Mines. Aquatic Material is mined with Underwater Mines and Deep Material is gained by upgrading Normal Mines with Deep Mining capabilities.

Planet Material is like a pizza: tasty and crunchy and I'm hungry.

Initially, all Mines work quite inefficiently and a lot of the mined Material will go to waste in the process to convert it to usable resources. This can be remedied with upgrades, however.

Interplanetary warfare can take a heavy toll on the resources, and you will inevitably run out of Material at some point. When the final drop is consumed, it's time to look to the skies and attempt to colonize a nearby planet. To colonize a planet, you use your interplanetary weapons to shoot Colonization Probes, which in turn will set up a small colony on the planet they land on. The colony is able to, among other things, mine Material and send it back to the home planet.

Hopefully, a complete image on how to play Interplanetary is beginning to form for everyone. We'll be back another time with more tidbits and such. See ya!

Check our website for more info on our rocking team and projects!