InnerSpace started its exciting journey in crowdfunding, yesterday! I've expanded on a few key points about the campaign that I'd like to share with the IndieDB community.

And with one click (preceded by hours of writing, weeks of planning, and months of development), the InnerSpace Kickstarter campaign went live. This has been an exhilarating, terrifying, and awesome process to be a part of, and we've only been through one day. We've received plenty of great feedback over the past few weeks of build-up to Kickstarter, and from our initial backers, regarding the game and the campaign. Hopefully, there will be even more to come in the following days/weeks.

I just wanted to take a few moments to elaborate on a few key questions you may have about the game and the campaign.

Check out the campaign here.

What are the inspirations for InnerSpace?

We recognized that at its heart, the coolest part of this game was the setting. We looked at exploration games and games that encouraged explorations, and realized that when you explore in many of them, you're going against the narrative. Typically, your exploration is either forced as part of shorter game loops (quests, side quests), or it takes place in the moments of gameplay that occur when you abandon progression in favor of self-inspired inquiry. With InnerpSpace, what we wanted was to take that exploration aspect, fine-tune it, and make it interesting enough that it could be the whole game, in and of itself.

Because of this, we looked at exploration games, games that encouraged exploration, and games that simply did it well. Some that stuck out were Journey, Dear, Esther, and Proteus. In this way, we made a walking simulator in which you're in a plane. The vehicle, if you will, for experiencing the narrative is an actual vehicle, which completely changes the way that you approach the game as a player. 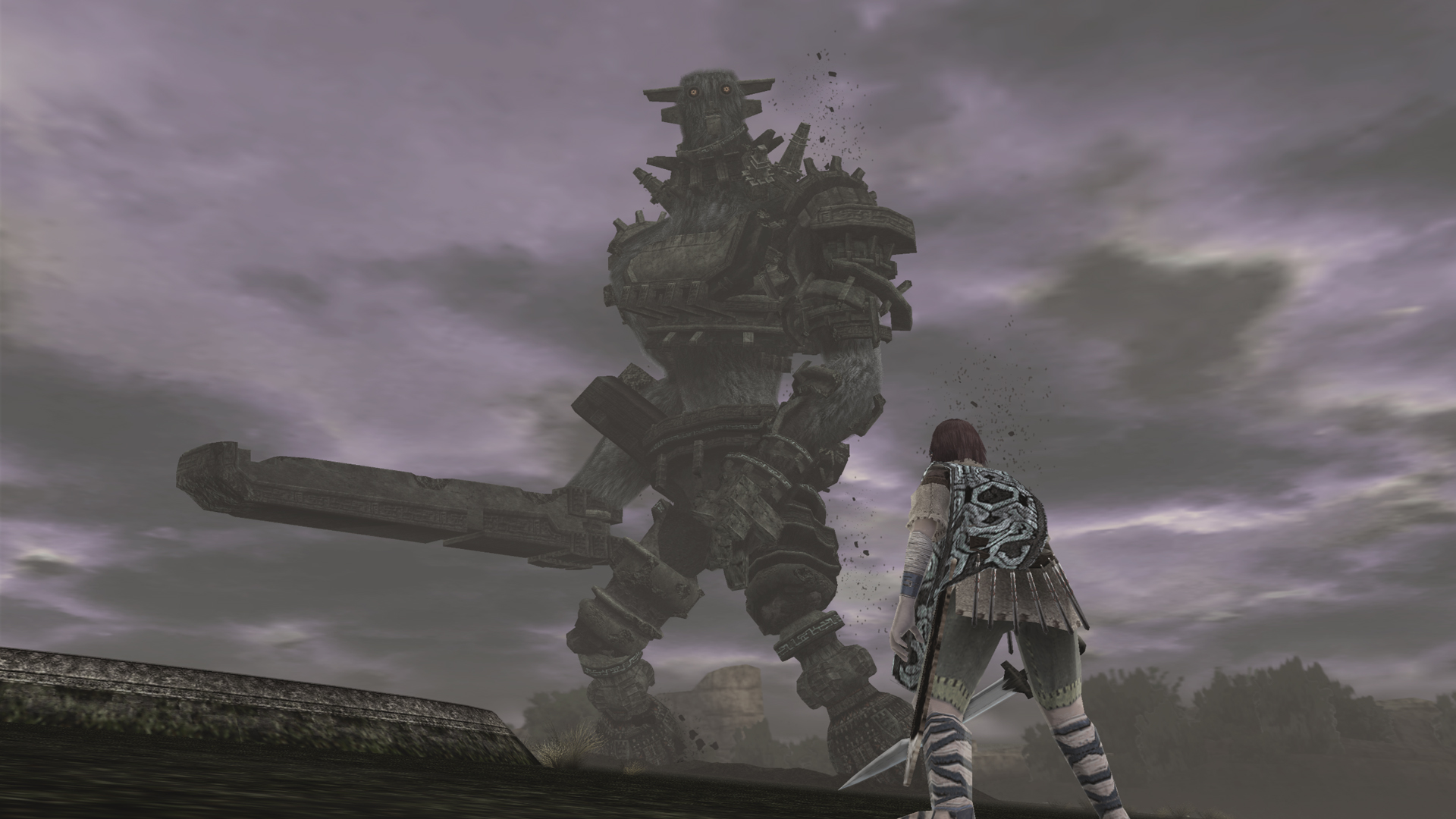 We also knew that we wanted to tell a story that fit properly with such a setting and such a design perspective. Essentially, what we realized InnerSpace had become was an analysis of the implications of the interactivity of games. We're asking players, "When you're given a plane and placed within a world very alien to your own, what will you do?" Taking that a step further, we decided to amend the question with, "What would happen if you're given a plane, the plane's equipped with tools and weapons, and you're placed in a world in which you can interact with the environment and fauna?" From this, the giant, mythical demigods were born, and became a structure within our design. The closest comparison we can give to this structure is Shadow of the Colossus.

So, long story short, our main inspirations are:

Everyone currently working on InnerSpace is either a current college student, or a recent grad. As you can imagine, our pockets aren't very deep. A major chunk of our $25,000 goal is going towards the software we need to actually make the game. 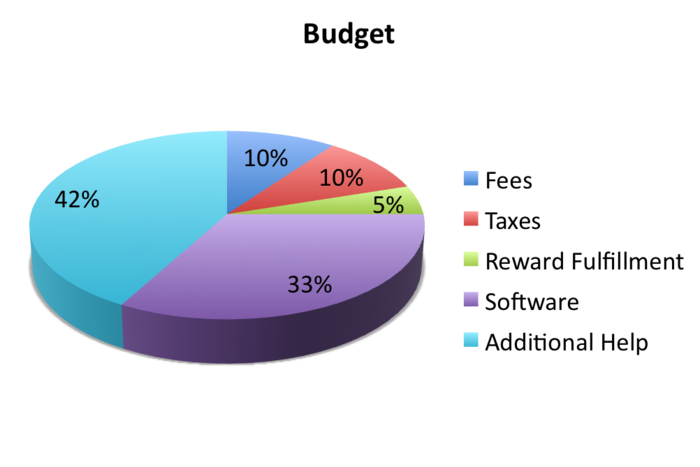 As we've worked together as a team, both in and out of school, we've worked with a number of individuals who mesh well with us, inspire us to do better, and approach their work with the same level of intensity as the rest of us. After starting work on the project, we had a few of these friends offer to voluntarily work on InnerSpace. Now that we've spent months with them, we've come to recognize how perfect they are for this project, as well as our studio, going forward. As InnerSpace started to become more focused, we realized just how much we needed the help of a team larger than us to see the game reach the scope we believe it deserves. Due to this, the other major bulk of our funding will go towards hiring these fantastic developers to work on InnerSpace as official parts of the PolyKnight team.

Finally, Kickstarter also serves as a great form of validation for our ideas. If the campaign goes successfully, then that means InnerSpace is a game the world would like to see. If we fail to reach the goal, it doesn't mean InnerSpace won't be made (we would still think it's a pretty cool game), but it does mean that we will take a closer look at the game to discern what about it didn't jive with the masses. Hopefully, the latter isn't the case. We've already fallen in love with this game, and we really think you will, too.

Why such a long campaign?

We've been given the awesome opportunity to participate in "ATEC Crowdfunding Month" at the University of Texas at Dallas. In the first year of what will hopefully be an annual tradition, the UTD School of Arts & Technology (ATEC) is organizing multiple campaigns to run simultaneously, as a way to represent the talent and entrepreneurial spirit of ATEC students. We were approached by the school to take part, and the opportunity it represented for us as a company, and as students, wasn't something we could pass on. So, to ensure that all of the campaigns end on the same day, as part of the final "Crowdfunding Month" festivities, we opted to extend the length of our campaign beyond the normal 30-day period. 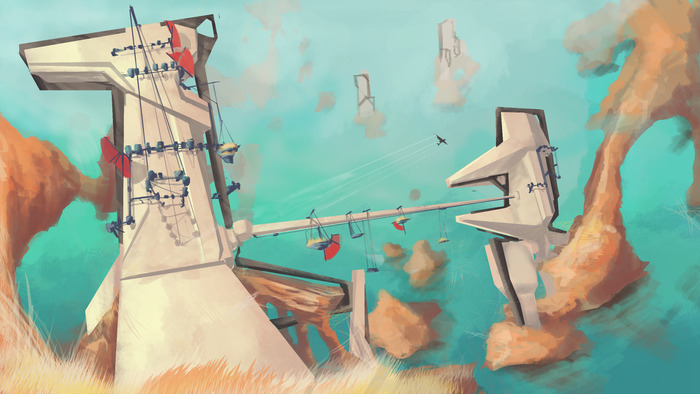 Why should I give to InnerSpace?

I feel that InnerSpace truly represents something special. It seeks to provide a rebuttal to the standards of one's expectations when approaching a genre. Within the same game, we see an exploration game that adds a unique layer of interactivity by allowing the player to explore the world from the skies, rather than on foot. On the other side, InnerSpace is a flying game that asks the player to be observant of his or her surroundings. Boss encounters are epic, cinematic experiences, and relic hunting can be enjoyable and addictive, while simultaneously relaxing. I feel that you should give to InnerSpace because you love being surprised by games. If you're looking a break from the norm, then InnerSpace might just be what you want.