Hey, In this post I will give more details on the direction of the mod and what is it going to be.

I am rebuilding the entire Facility trying to give more sense to everything. Look at the End of Portal 2. the Fusion core is about to explode. The facility is so damn huge, ( and we never knew where it is located) it could have exploded withing a radius of one mile and could have completely missed us.

I am rethinking the entire Facility, redesigning most of the things myself.The Facility will not use Nuclear Fusion Energy. It will look more like Black Mesa. I mean Partially underground and Partially over the ground covering Miles. Since they made most of the Facility underground the Best source of Power I was thinking of was Geothermal Energy.

I made some research and the best place Aperture Science Laboratories could be ( as close as possible from the game information) is in the Salt mine Under Detroit. The News paper article claims it to be in the Upper Michigan but there are no Salt mine there and the land is not flat enough to keep a large wheat field.

Also the Lower Michigan Geo temperature is cold enough to keep the Facility safe down to 4 Kilometres.

The facility could easily use the Natural Temperature to create Geothermal Energy as their Main power and It is an Infinite Source of power. This way they can Power most of their technologies.The facility is not only built in the Mine. They dug down many Shaft and areas to create a Subway Line and different transportation system. ( Old aperture 1940-1960 ) After that, they started using Portal technology as main transportation system. Meaning they abandon most of the Old Aperture Shaft and areas for easier transportation and space.

Aperture Science was a big company I doubt they didn't build a few other Facilities around the Usa. It would explain why we can see the Borealis's plans from Cleveland but see a news paper article claiming it come to Upper Michigan. Since they require materials to build the facility and it extension The facility Require one or many Expedition bay where they receive or ship materials. It mean they require Heavy machinery to build a big facility like this. This is why I build Many Overground section that are mostly Offices and loading bays. Such as this Concept here. 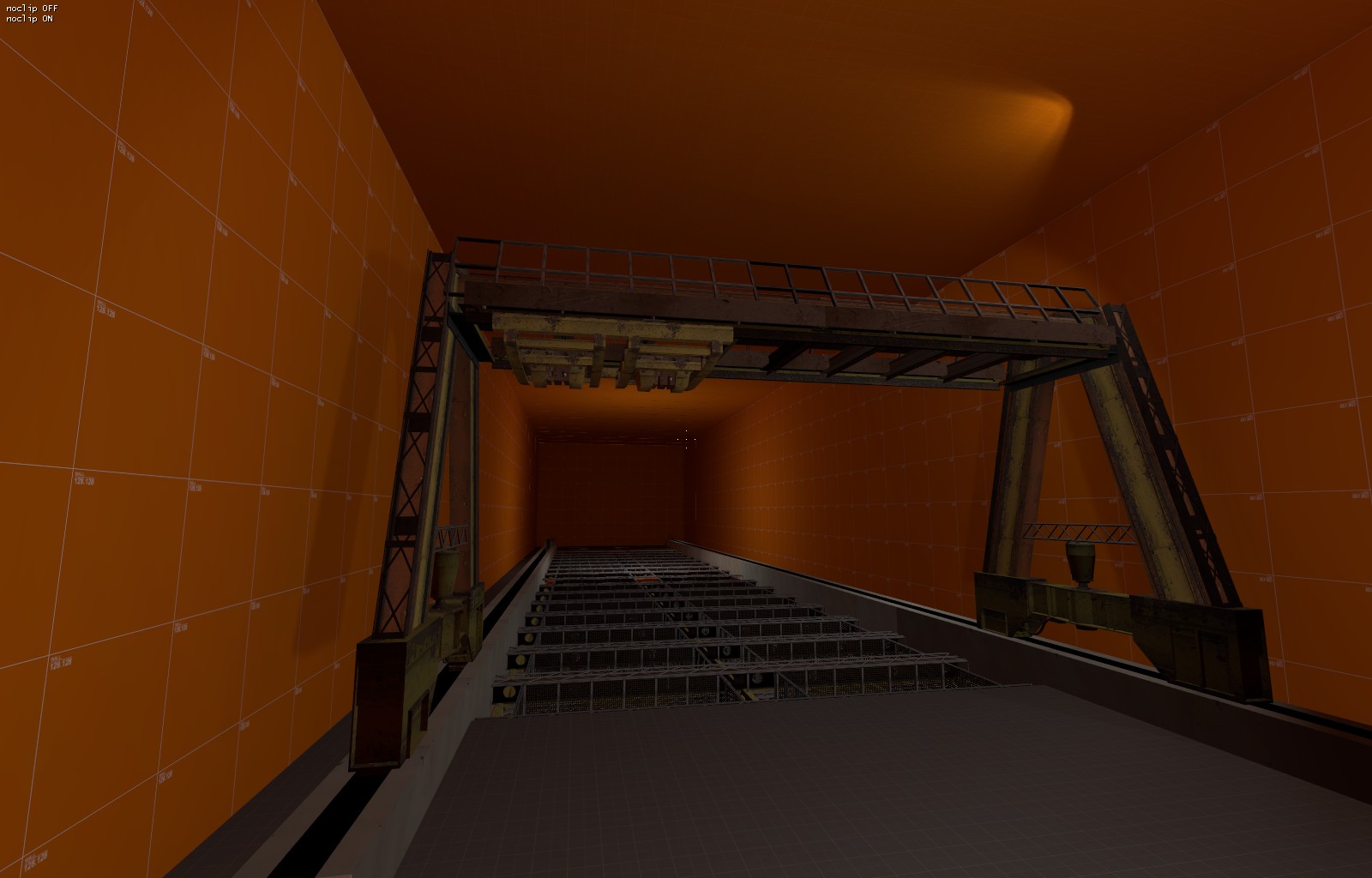 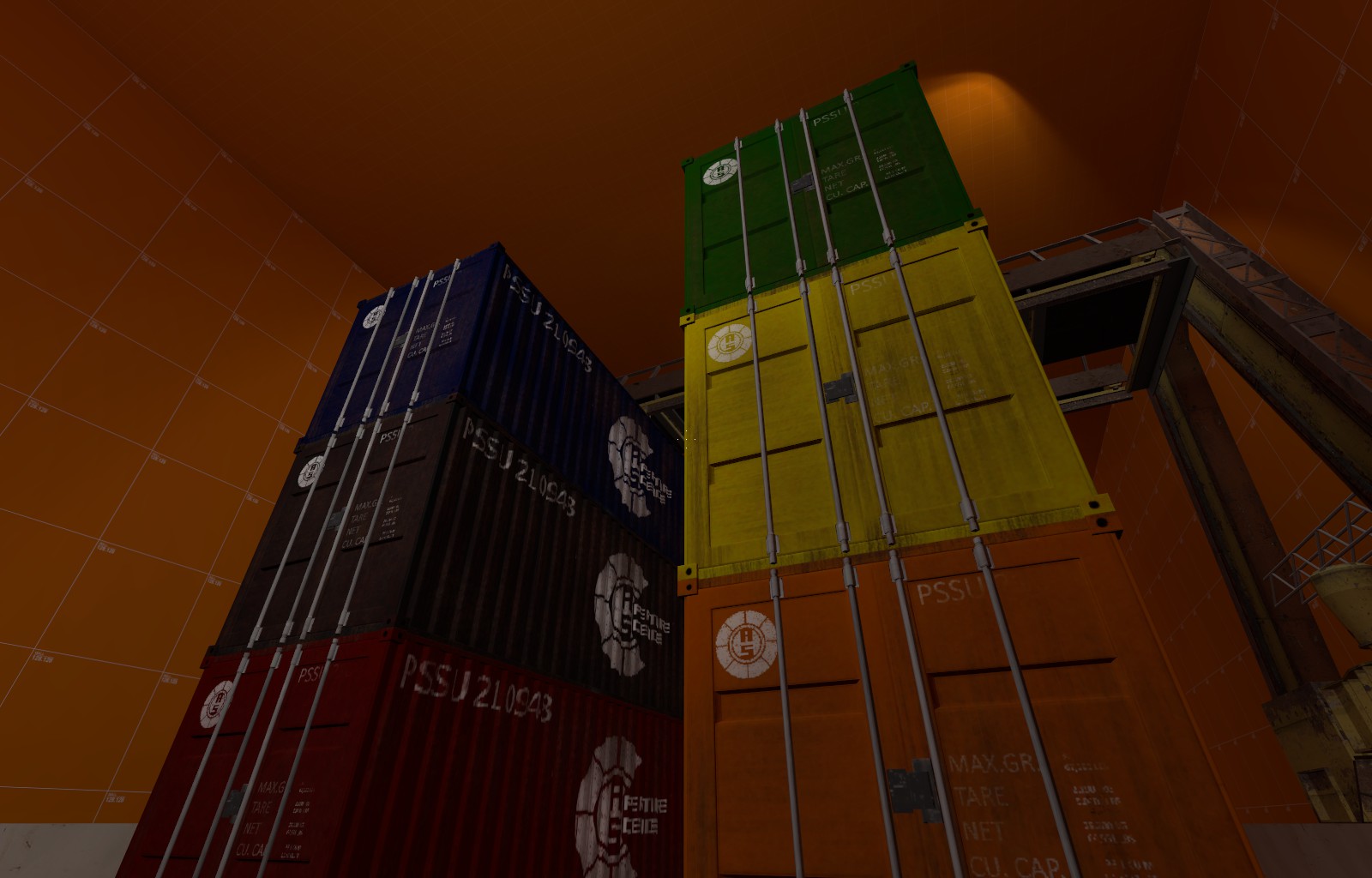 Then the Automated Crane take them and sort them in the Holes in the ground. They lead to a larger area where the containers get lifted to the Main storage area using Conveyor Belt or Manned Machinery.

Now people may thing " well those container take way too much places to store, what will they do with them when they are done? "Simple. They recycle everything! I am working the Recycling center where the containers are lifted on a conveyor belt then disassembled using robotic mounted saw on a rail. The parts will fall bellow the conveyor belt where they can get stored once again taking at least 15time less place. many of them will be melted down ( using Geothermal energy funaces ) and recycled to any Metal materials they require. They can also just cut down some parts and build the Testing subject's Resting Rooms.

I am mostly working on the storyline and a bit of level design/concept. The mod will take a lot of time to finish so do not expect release anytime soon. I will release some Demos maps later on. This way you can give me your though and some feedback.

I am currently the only one Member "Officially" working on the mod but some people are helping me with my request. I thanks them a lot because without them the mod wouldn't be as complex. If you are talented and want to help me out feel free to send me a PM showing me your works. I can not afford to pay anyone much.

Effort is going into this mod, I hope you keep going full speed, I can't wait to see these ideas in action. This is definitely a fresh new take on Aperture science, thank you for this!

I'll wait and see what other original concept you will bring on your mod, but so far this looks interesting, and the idea behind the geothermal power isn't far-fetched, though it is not an infinite source in reality.

Concerning the transportation based on portal technology, I don't think Aperture mastered it enough to make it safe for such use. The way I see it, Aperture spent decades and a fortune on something they could not sell, before realizing in the 80s that artificial intelligence could be a better market (hence the conception of GLaDOS, and not only to control the whole Enrichment Center) which will eventually bring doom on them all. Still, I believe they were crazy enough to make an underground railroad. :|

Anyway, good luck with your mod. Also, nice container model you have here. =)

Well Geothermal Energy is almost Infinite since it is taken from the Earth's Heat. Making the Facility very low underground is allowing them to keep the Facility running without problem for decades. The only problem will be the lack of Maintenance of most of the Facility since it is "abandoned".


I believe they Use Portal Technology commonly. Look what happened to the Borealis. They must Master the technology to be able to Teleport an entire Ship of that size.

Well geothermal energy is a bit tricky since it describes several way to exploit heat and convert it into power. The Earth's heat only can provide a small amount of energy but not enough for the needs of industry so to speak, whereas pumping out hot fluids such as heated water can give much more energy thought it slowly drains out the source.

And for the Borealis, they sure were able to send out a whole ship in the 70s, but the technology was hazardous enough to bring along a part of the dry dock and sent it all to an unknown location, which took decades to be discovered and not by them. After that, there is no mention of another similar costly experimentation, then Cave Johnson started getting interested in robotics and artificial intelligence in the 80s. Still since you're making your own alternate universe, be free to do whatever you want with portal technology, it can only make Aperture appear less stupid with their own technology. =D