It is time to post some informations about the next faction in line : The Replicators.

It is time to post some informations about the next faction in line : The Replicators.

After the Asgard faction which is based on the strength of it's aerial units, the replicators bring us back to a ground-level gameplay with rather weak basic units. Their force will stem from their ability to multiply massively and salvage equipment throughout the gam, be it through combat, research, or powers.

Many concepts were considered to make this faction aggressive. Its units benefit from a high mobility which can be further increased thanks to their tunnel networks which enable them to quickly deploy and redeploy their forces. Since their units are easy and cheap to produce, it would be a good idea to send regular assaults on the enemy to test their patience, and cripple their forces. Not to mention that doing so will also enable you to gather additional resources and upgrades for your units if you can micromanage them well enough.

From an aesthetic point of view, you'll find a robotic bestiary with the classical crabs and arachnids, but also scorpions, hornets, bug nests and giant scarabs. Humanoids and motherships will also be available. 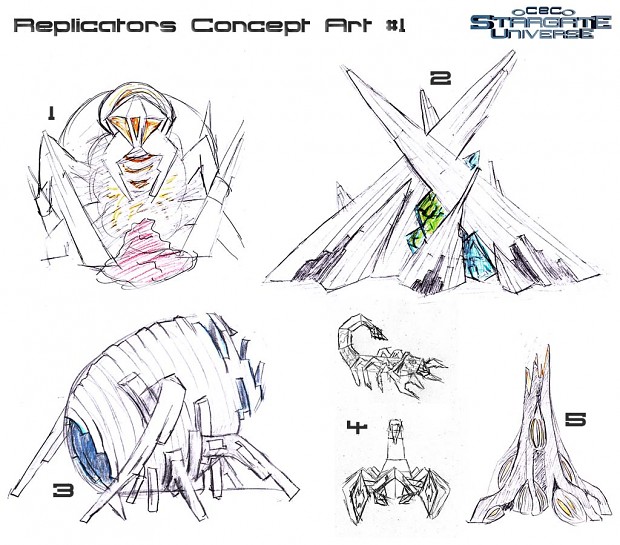 This faction will be undoubtedly harder to get used to than the previous ones. Given the fragility of their troops, you'll have to learn how to master them in order to achieve their full potential and exploit every mistake from your opponents.