With counting for the Mod of the Year Award underway, Infinities is in the Top 100! Thank you!

Just a quick post today. We would like to express our sincere gratitude to everyone who voted for Infinities in the Unreleased category in the Mod of the Year competition. With the mod in as early a stage as it is we in no way expected such a groundswell of support for our mod. While we don't expect to go much further, this achievement is especially unbelievable considering that we are the only Stellaris mod to have reached the Top 100, despite some tough competition. Thank you, one and all! Your support is most appreciated! :)

If you're curious to see how the development's going, why not have a watch of a quick developer game that GB Gaming had with Maxloef, the lead developer of Infinities! Don't forget to subscribe to GB Gaming for more videos of Infinities and other Stellaris mods in the future! 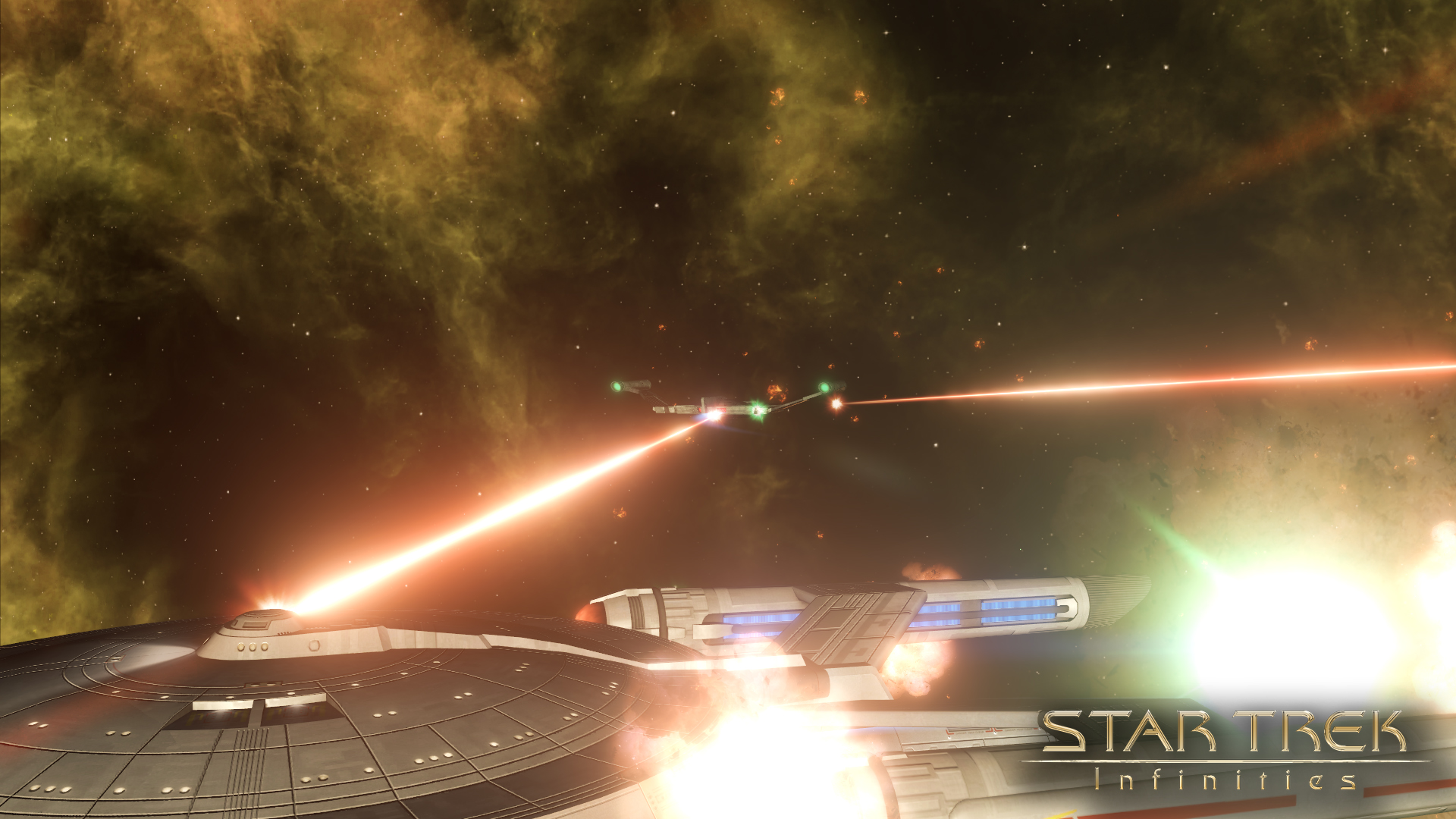 We'd also like to recognise and thank our friends and colleagues across the modding community, many of whom have their own excellent and unique projects, either in the works or available for download right now.

Sins of a Galactic Empire - Moddb.com

Dawn of the Reapers - Moddb.com

Sins of the Prophets - Moddb.com 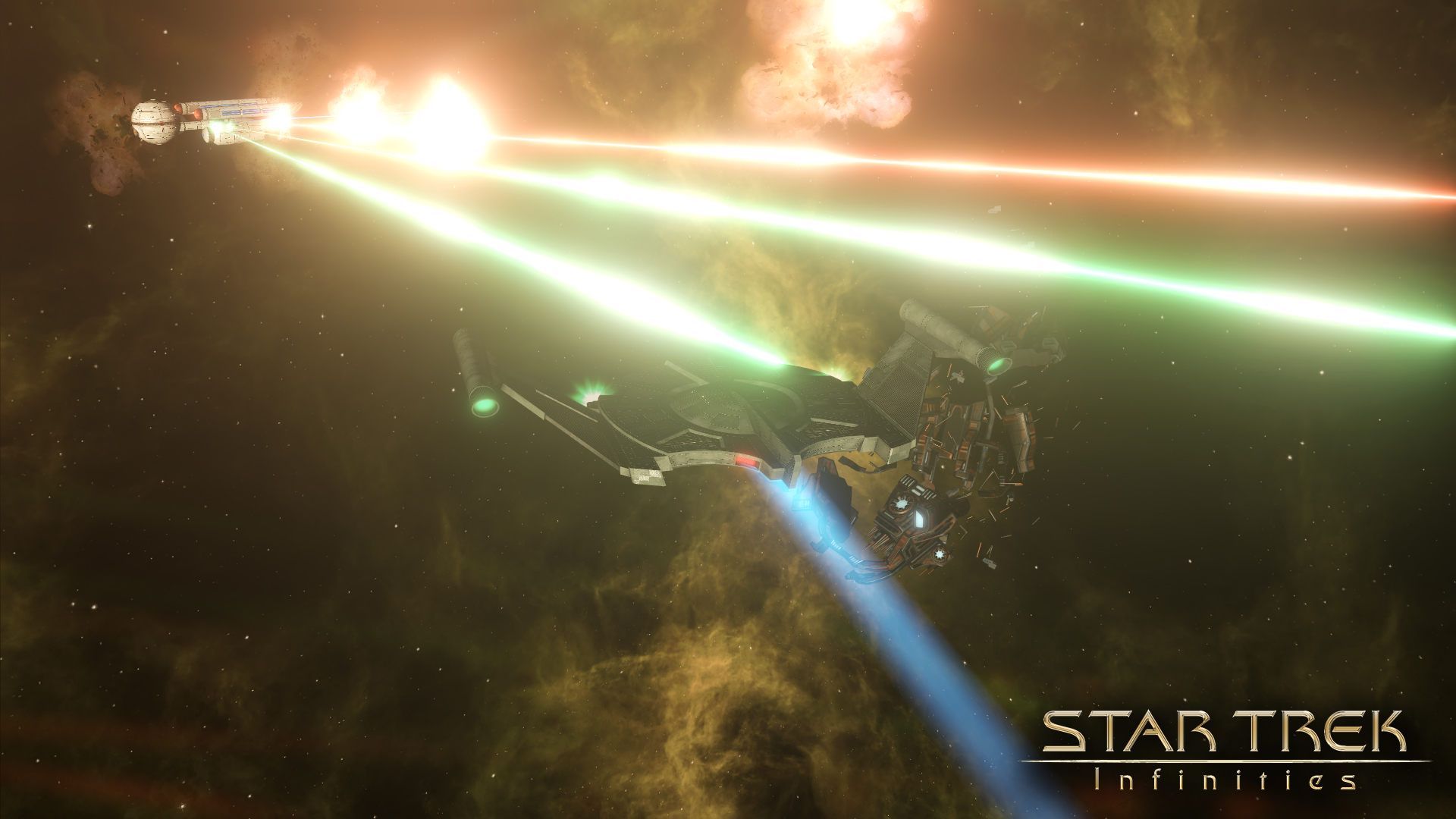 There are many other fine Stellaris mods on the Steam Workshop - don't forget to check them out! Many of these mods are being produced by some of the same teams responsible for the mods above. Many modders don't post as prolifically as we do and we'd hate to see them go unrecognised.

Thanks again for your support. More updates on Infinities soon!

Will you be cooperating with Stat Trek New Horizons?
Steamcommunity.com

At the current time, there is no cooperation going on between the two mods, we won't rule out some kind of small collaboration in the future, however. We are working on two quite different mods.

Congrats on getting into the top 100! well deserved,you got my vote :)

After watching the vid, which i enjoyed, i have a few questions.

How will the different eras work? do you start at ENT and research up to DS9 era or they going to be done as races or something totally else.

Also will you make the universe alive, as in stock Stellaris, void clouds, pirates etc just stick to their systems and do nothing, will you be making the maps more active, like the civilian trade and ships mod, depending on what is modable.just feel the universe could be so much more alive.

We're definitely looking at a few possibilities with regards to the map and events in general. Rest assured, there will be Trek themed aliens and events throughout the map.

As to the research, we're still in discussion about how that's going to work. We've settled on making it a little bit modular in order to make it small enough for the steam workshop to work with, but we aren't there with the finer details yet. We will be!

Also, I don't mean to be rude or anything, but why did you try to design your own version of corvettes, while there are ships already there good for the role of corvettes?
Like these:
Memory-alpha.wikia.com
or some of this
Johneaves.wordpress.com
Trek needs more grand strategy love IMHO, so keep going.

Those are already being used in our mod.

That one we have classed as a Frigate matey. We needed something a little lighter to be a corvette.

Ok, good enough for me.) Will be waiting to try out the mod. Good luck.

Looking good! Congrats on making it in to the top 100! That video made me want to play this even more! Wish I could help with the development of it.

Well deserved, stellaris is a great game but it looks like we're getting a proper trek title with entirely new gameplay!

Just watched the preview play video - am I correct that you've gotten rid of the modular construction, so we won't be able to design our own ships, as it were?

Sadly that's now the case. We experimented with Modular construction and found that we liked it, but due to the nature of Trek, there were only a few types that we could literally fit together in a modular fashion.
As most Trek fans really love the pre-existing designs and tend to decry the kitbashes somewhat, we made the decision to stick with pre-determined space frames and make the function of the ship more moddable with tech modules.

Oh no! That's what I was most looking forward to :(

Are you guys still looking for help in development? 3D Artist/2D Artist here, living a life as an UX Designer, Trekkie and Modder by night.

Send a message to Max, we are always looking for more people to help out

Put my vote in for both your mods. You guys deserve it. I showed my GF STA, and while she's not really into the shoot em up stuff, she loves the quality of your work as well.

I think if you ever had the opportunity to form your own developer studio or original games, you should jump at the chance. Just don't let yourselves get swallowed up by the likes of EA.

One never knows what the future holds. Thank you for your support Legion!

OMG OMG ,that fights look like right out of the movie .... this is epic

this is going to be awesome! Can't wait! Ijust read about the modular, that would have been great to have. Maybe a separate addon? hehe, just fishing.

I was actually thinking that it would be nice if the look of the ship changed when you added say ne warp or deflector tech modules. But Nonetheless, can't wait to play this. You guys are amazing at your craft.

they announced a modular system, but its called off.
its now how new horizons its invented , single core ships.
that we saw in the video last time.

Great, absolutely great. I watched the video and it looks awesome! I've been playing BotF since the release, always looking for a worthy successor. The Armada 3 Mod I played is VERY nice, but Sins just isn't the ground on which to build a new Birth of the Federation. Stellaris and your Infinities Mod seems to be what I'm searching for, even more because BotF seems to be finally dying now. AND you're involving all eras! Continue the good work, I love it!!!