This is the article about my newest project (2021) for Warcraft III game about my own fantasy\sci-fi universe. Feel free to see the full content.

Hello again! I present to you a new project on the wonderful game Warcraft 3, dedicated to my universe. The way is not worth it with the World of Infinitas, which is nearby. What I present now is a completely separate project. This is a collection of missions and minor campaigns that are currently being done. What you see in the topic header is far from everything. I will post many elements of my content in messages to the topic.

At the moment I am only presenting you part of the project. Lets start with 1st pack.

These are 5 interesting and entertaining maps suitable for both skirmish and missions. They all reflect this or that location in my universe. 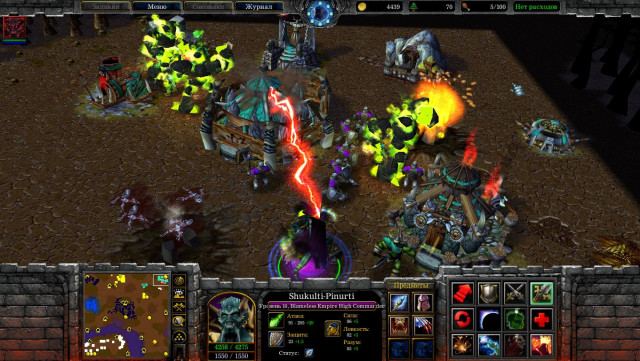 1. Arthandir Prime.
A terrestrial planet that belonged in ancient times to the Hyperborean Empire. But then, after the fall of Hyperborea, many galactic states united in the Artandir Empire, centered on this planet. Here you are allowed to fight with 3 other players for control of the world. The Alliance faction has a bonus mini-faction Artandir, which is summoned with the help of the hero of the Archmage. On the battlefield, you can summon Artandir military equipment. And also use a seismic superweapon against the enemy. This map is for 4 players.

2. Enminluan Gamma.
In ancient times, this planet belonged to the Great Intergalactic Impeccable Empire. Here you are allowed to lead the army of this empire. It is commanded by a great commander from the dragonoid race named Shikulti-Pinurti. The player controls the military base of the Impeccable Empire. The main task is to destroy all enemies on the map, and at the same time fight the accomplices of the dark god Cerberum. Shikulti-Pinurti has an excellent arsenal of abilities that will help in the fight against huge forces of enemies. For interesting gameplay you need to choose 1 - as player, and other 4 players make enemies (Hard level).

3. Mensei Guapalamo.
The main planet Guapalamo-1 is an exoplanet, that is, suitable for human habitation. The main population is also made up of people, and there are more than 2 billion of them. But the peculiarity of Guapalamo-1 is that there are practically no continents, and almost the entire planet is covered by the world's oceans. 2 billion people live on large islands and atolls. There are at least 10 skyscraper cities that literally stick out of the water. But an even more interesting feature is the Monolith of Mensei Guapalamo, which, according to scientists, is more than 30,000 years old. This is a skirmish map for 2 players.

4. Etterium.
Ettterium was an isolated world in the Far Worlds sector. He belonged to the etterlings, the descendants of humans and hecatoncheires. Today this world is in chaos. The Etterlings have entered a war with the Androphages, a hostile race of cannibals who worship the god Cerberum. The player will have to fight both with 4 other opponents, and with armies of androphages. The Alliance faction has access to Etterling troops. In addition, there is a neutral etterling settlement on the map, in which you can call on their additional forces to help. This map is for 5 players.

5. Sharkalli Prime.
Before the creation of the Impeccable Empire, this world belonged to the state of the Eight Sharcally. Eight great kings ruled over the planet and surrounding systems. Now this world of pyramids and ziggurats is in danger due to the arrival of the huge armies of Cerberum. The player is allowed to fight with 3 opponents, and at the same time, if desired, rid the planet of demonic soldiers. The player has reliable defense from plasma turrets and a bonus hero with special abilities. This map is for 4 players. 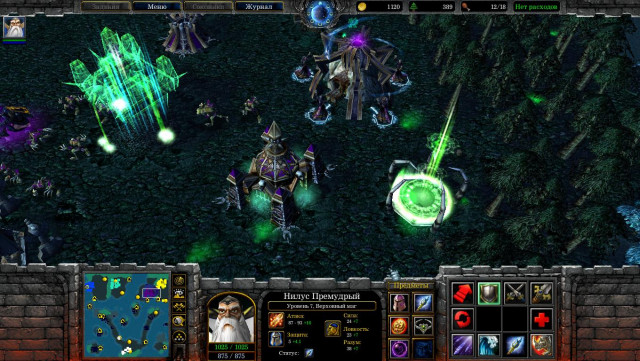 And now the second map pack.

We continue the Distant Planets project on the Warcraft 3 game engine. We are talking about additional maps. They reflect different events from the times of my universe. Basically, we are talking about the Hyperborean period, that is, about the events of 20,000 years BC.

Now you again have 5 planets to explore and fight. Here you are the full list of them.

1. Air-Prime.
Air Prime (also known as Caesargrad) was once the capital of the Air Imperium, state of the ancient humanoid race related to Elfurr. This was until the Air assimilated with people. This map was created for the battle mode. Here you will need to fight against computer opponents. But the Alliance faction has some bonuses. Map is for 2 players.

2. Ibraghan Alpha.
Ibragan Alpha was once the capital of the Indomitable Empire, whose rulers challenged the legendary king Azis the Flawless. This world is now completely subordinate to the Impeccable Empire. All local residents are submissive to the new government. The map is designed for 4 players. Playing as the Alliance faction, you can use some of the troops of the Impeccable Empire and their extremely powerful laser defense.

3. Winter in Nargon-Kale.
The planet Nargon Kale is the capital of the Impeccable Empire. The climate here is completely different. But the map reflects the winter period. It is here that the great Throne of Ninurta, the legendary father of King Azis, is located. The map is designed for 5 players. The Alliance faction has access to some of the troops of the Impeccable Empire. There are also Azis the Flawless artifacts scattered across the map, which can help in the fight against enemies.

4. Sarkel Planet
The planet Sarkel was once a thriving colony of the Air race. This was until these systems were invaded by the fleet of the reptilian race Narwalingen. The map is designed for 5 players. As usual, the Alliance faction has certain bonuses. On the map itself, you can find many artifacts of Narwalingen, one of which will help to summon their troops into this world. Overall, the gameplay is very hardcore here. It is necessary to literally survive. In addition to the Narwalingen race, here you can face the minions of Cerberum, and these enemies are much more dangerous.

5. Siege of Nargon.
The siege of the planet Nargon is a mission. To activate this mission, you need to choose from the start Undead, and give the enemy the Alliance faction. The main goal is to lead the troops of Cerberum and his prophet Jarisai Marfurnirari and destroy all the accumulations of troops of the Impeccable Empire. The Flawless Empire has a well-guarded stronghold and hundreds of legions. The battle is awful. Only the strongest will win here. (The main character Marfur-Nirari has truly titanic power. It is recommended to use his abilities against large forces. He is able to summon robots on the battlefield, destroy the enemy with orbital strikes and use ancient magic) 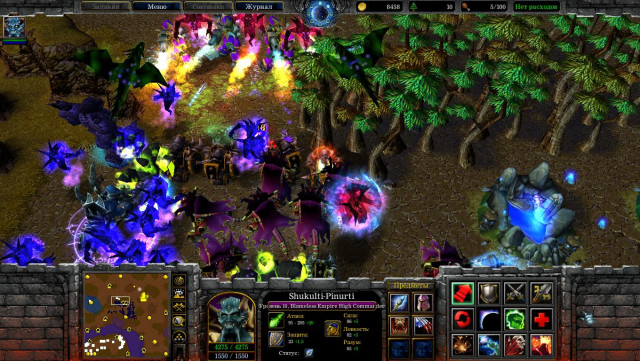 All these maps you need to install to WarcraftIII\Maps folder. Activate it from skirmish game mode.-