An insight in the upcoming graphic update for the PC Version.

At the moment I am working on the graphic update for the PC version. I reworked the shaders of the walls, added dynamic lightning and torches. I will also look in the effects if I can improve there some things, for example magic effects. 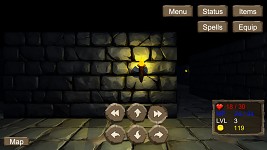 I also still plan to re work the interface, I think about removing the direction buttons because they are redudant if you also can control the player with WASD and Q,E. 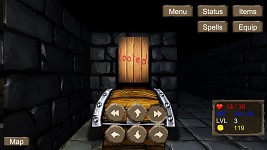 I also found some bugs which I will fix for PC and Android version. Furthermore I plan Versions for iOS and Linux, for both platforms I search for testers, so if you are interested in testing the game, then send me a private message! 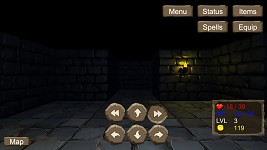 That's all for the short update. You see in this article screenshots from the WIP Graphic Update PC Version and will also find a new video at the bottom. And don't forget that Indeep is 25% off on itch.io!

Thanks for reading and go on and check out my game :)