Update #239 cuts down another major content milestone on our dev roadmap by delivering a heaping mile of new guns, armor and gear. With 22 new high level pieces of equipment added -- between Contacts, ship's weapon lockers and Salvage-ready relics -- there is a bevy of new stuff to go hunting. We know your officers will be bickering over who gets what! 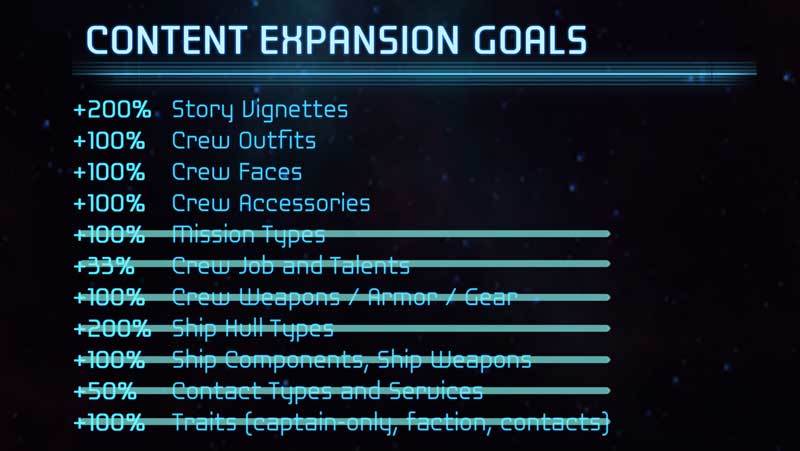 With this major new blast of equipment, we're excited to announce we've far exceeded the content expansion for weapons, armor and gear and have officially struck it from the roadmap. We had it penciled in at 200% and this new set has brought us over the 300% line. It is high time to knock it from the list and move on to what is next! As with all the content expansion milestones, this is not a promise that we won't add more later :D

To the tune of over $350,000 and requiring a starport with Military Rating 10, the A6 is the most difficult of weapon lockers to secure for your ship. However, boasting grade 6 Phoenix-class weaponry and armor, it provides the easiest full-team access to the most powerful weaponry. The A6 focuses on providing a direct ramp up in power and utility from the A5. However, as these are mid to late game weaponry, a small percentage of the Accuracy bonus points have been shaved off (usually 1-2 pts) and dedicated their value to the Damage, Parry, Init and Piercing scores.

Enemy ships -- especially those of the military design -- will start to install A6 in mid to late game as of Update #238, so be sure to be ready for their harder hits.

All Contacts who sell gear -- specialist, military or wing -- now offer grade 5. Some powerful and truly cool items are landing with this update including the new GAATSO Interlink and Mammothshot.

The ramifications of destroying enemy ships during Solar War and Trade War Conflicts was not previously well expressed in the game. We've now added it to the tooltips for Conflicts and slightly expanded the rule for Trade Wars.

This is another great way you can take action in Conflicts on top of all the other options.