I have updated the Incertitude Website, and I've also created a SHIRT.. just for fun!

Incertitude v1.1 is now released! You are now able to save & load your game and some bugs/glitches have also been fixed.

Hey everyone! So in the past couple days since I've released Incertitude, everything's been going really well! Thanks to everyone who enjoyed playing it and who supported me.

The full version of Incertitude has gathered over 500 downloads in only 3 days from all the websites it's been uploaded to! I hope everything keeps going well with Incertitude, and the upcoming game I'm going to start working on soon. So I decided to redo the website for Incertitude to make it simpler and look more appealing. 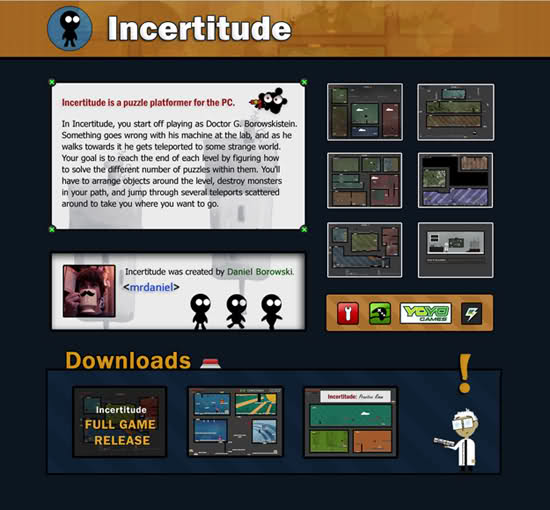 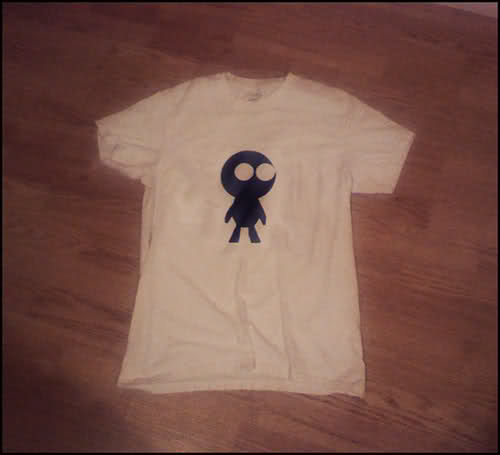 By the way, a question to everyone who played Incertitude, how many of you beat the whole game? I'm just curious to know.

Hey, what about being able to save the game or make one's own levels?

level 8 that's really good! lol level 8 happens to be my favorite level also. and as for the saving and creating levels, I've actually been trying to make maybe a small level editor for people to use, and i'm definitely going to update the game with a saving feature soon! The level editor may take a little while though =/

the option to save & load has been added!

thanks a lot man!