Post news RSS In the Depths, there is only Darkness

As you get deeper into the tomb, there is nothing to protect you except your wits and whatever meager light sources you have left.

On all other floors, there are some protections against the Darkness. But on the fifth and final floor, there is nothing but Darkness. Only your wit and what meager light sources you have remaining can keep you alive long enough to find what you need on the bottom level. For, no one can escape without braving the deep.

Gameplay Sneak #4, showing off the fifth and final floor of the tomb - Indie DB

The first round of Beta testing concluded with lots of good feedback, and we’ve made a lot of changes, tweaks and improvements. The game definitely plays a lot smoother and it flows better now. We also added a few new areas and rooms, like the Chasm: 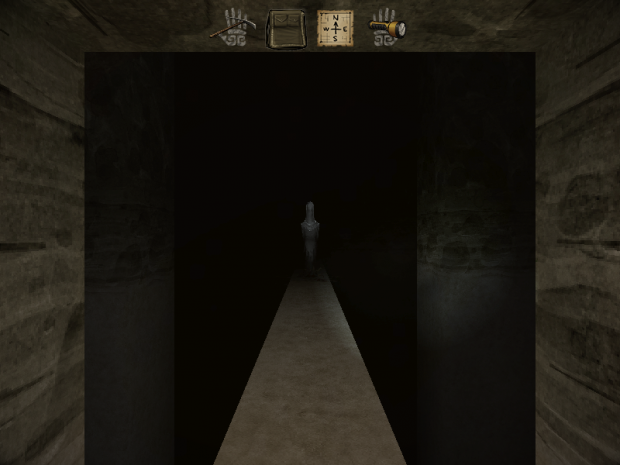 The second beta test started a few days ago, and we’re getting a lot of positive feedback (and of course some more changes and ideas for the final game), but we’re well on track for a September release (we might even be a little ahead of schedule… that never happens in game development, right?). That just means more time for polishing and tweaking!

If you can believe it, two of our Beta testers were able to escape! While it’s certainly hard, and they were playing in easy mode (with save/load and maps), it’s not as impossible as I thought. There are still some secrets in the game that no Beta testers have found however, so don’t think it’s easy to discover everything about this dungeon.

Hopefully you’re getting excited for the upcoming release, and look forward to more videos and updates!