With the first beta testers already busy conquering ancient Greece and Anatole, let’s take a walk through the realm of Imperiums: Greek Wars in our dev blog together. We accompany a brave General into battle, learn how to keep the third parties out of your way and find out why assaulting a seemingly defenseless autonomous outpost might come at heavy price.

Generals at the battlefront

Generals are special units that cannot be built per se. Any man who proves himself extraordinary in a battle can rise to the rank of a General, or you can hire one if you cannot find such an exceptional man among your troops. Generals have quite a wide range of actions and one of them is boosting the morale of the military forces. 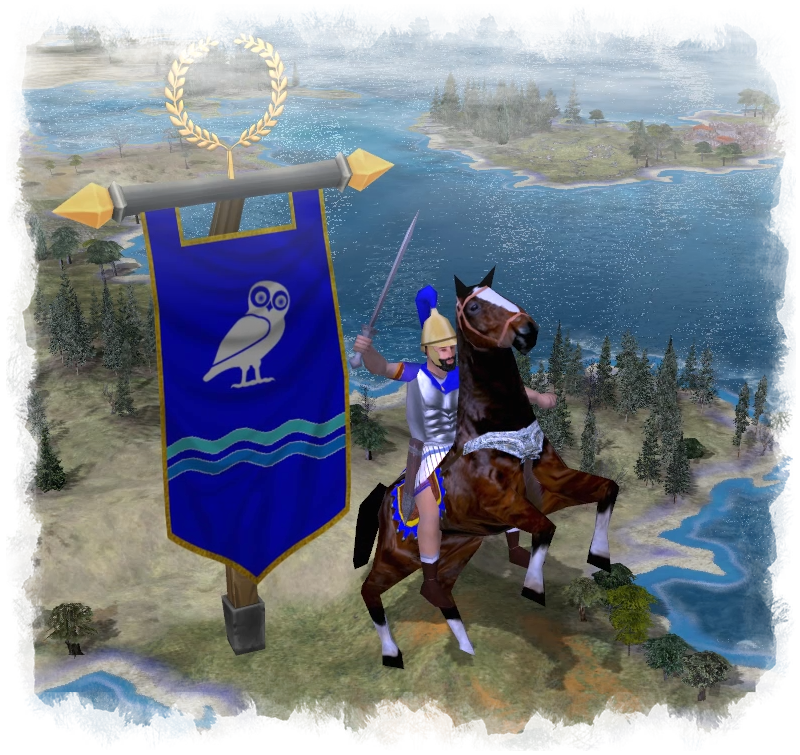 Nothing lifts the spirit of the men in the front lines as much as having their commander side by side with them, not just watching from a safe distance. Let your General ride his horse along the battlefront and encourage the troops who are going into action.

Boosting their morale can significantly increase their chances in combat also this mitigates certain disadvantages on your side such as unsuitable terrain or lack of experience. Morale can reach up to 200% - such men will rather die than let the enemy take one step further. 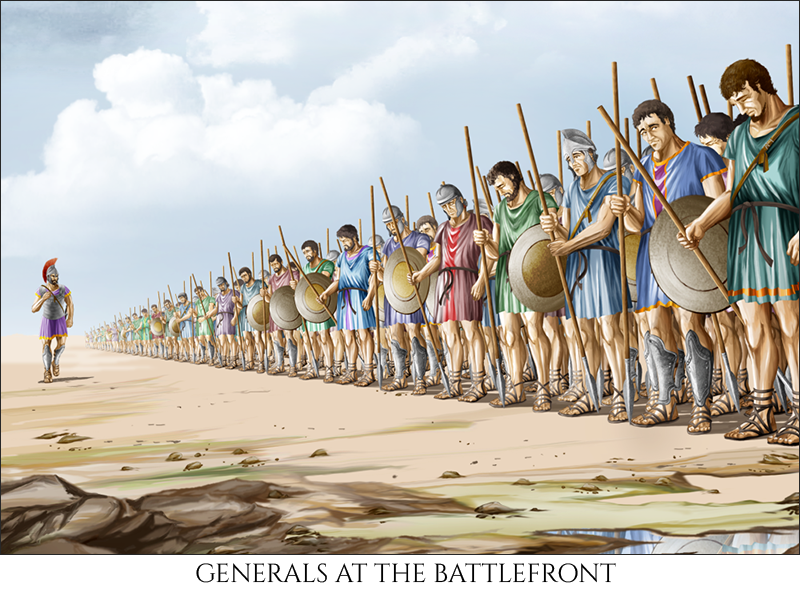 But don’t forget to keep your General safe. Getting him killed would terribly shake the army morale of your troops and that could not only ruin all your plans but might bring about the downfall of your empire.

The mastery of side deals

If you’ve ever watched a video on ancient Greek history, you’ll know that the Greeks were constantly at each other’s throats. Fragile coalitions were made, just to be broken when the other side proved to be stronger or promised a better share of the loot.

Perhaps the key question is, how to keep the third parties out of your way and yet use them to reach your goals? 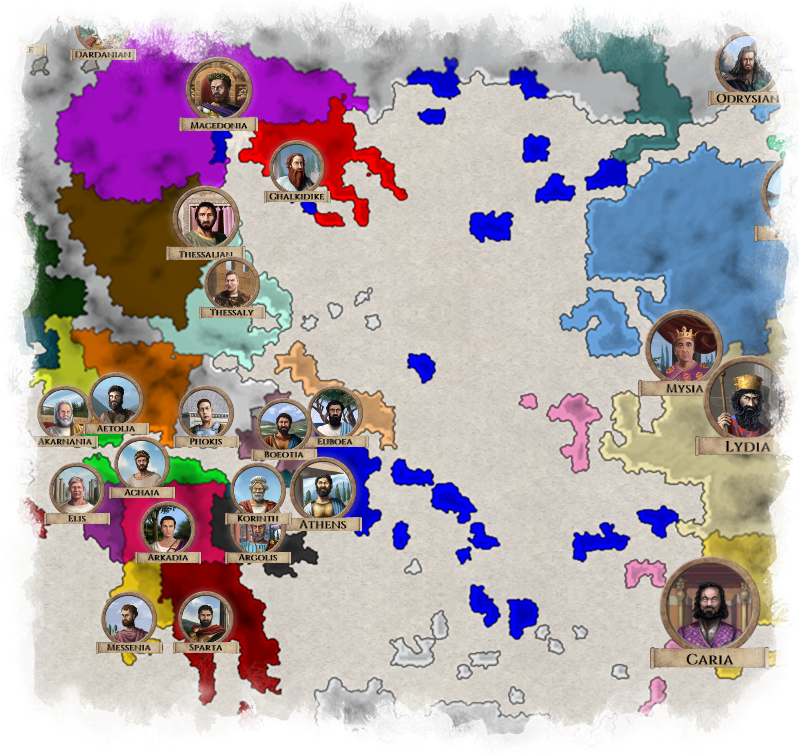 In Imperiums: Greek Wars the Greek world is tightly knit, often a war between two states can start a chain reaction. Do you have a strategic ally who you need in a war against a common enemy? Only to find them too stretched to assist because they have a second front with a petty city-state on another border?

Use your position to send a kind request to the leaders of the city-state warmongers, asking them to sign a peace treaty with your strategic ally. If they consent, you untie the hands of your coalition partner and earn their gratitude, this also counts! If they refuse, turn the tide against them by sending envoys to their neighbouring states asking them to declare war on the city-state. That will teach them not to play tough with you. 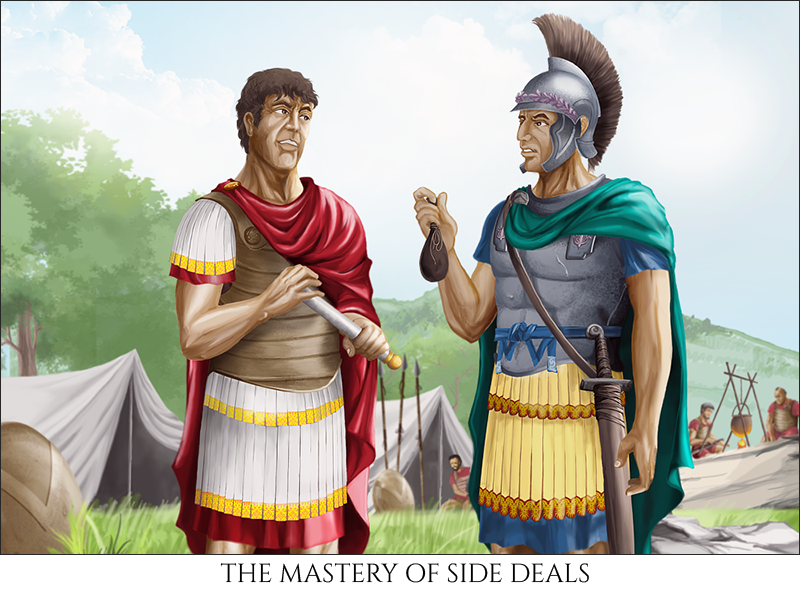 Using these third party requests you can play one opponent off against another and with a bit of foresight you can sail through the intrigues and shaky political deals with a following wind.

Perhaps a little warning here though, the AI is very competent and can use the same techniques against you. You simply need to be smarter than it :)

Conquest of the wilderness

What’s the first thought that crosses your mind when you find a lonely settlement with no affiliation to a particular state? Easy target, right? Well, you might think twice if you play Imperiums: Greek Wars. 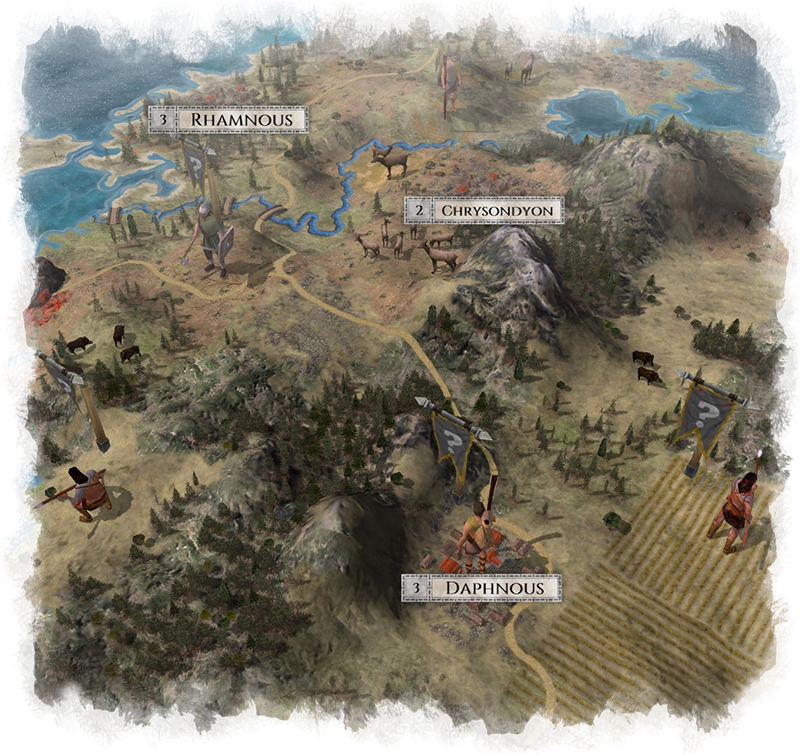 Autonomous cities are not soulless entities. Their people live in peace and do not care for the world outside their city boundaries. Truly, they live by the motto “live and let live”. They cultivate the surrounding tiles, build roads and improve their city as anyone would do. They develop and grow as any other human society. But don’t be fooled by their peaceful behavior, they are far from being weak and defenseless. They are capable of spawning defenders when foreign units appear nearby or step into their territory, and these defenders can be a tough nut to crack.

If you think that you can just roll right over them, you might be caught out with a nasty surprise. These autonomous cities have no government that you can send envoys to, but the AI recognizes a threat when it sees one. Foreign troops closing in on its city is one good example. The moment you take any action against them, you make them to break their oath of a non-violent life and they will fight until the last breath – theirs or yours. Poking your finger into a wasps nest is likely to get you badly stung, so be warned! 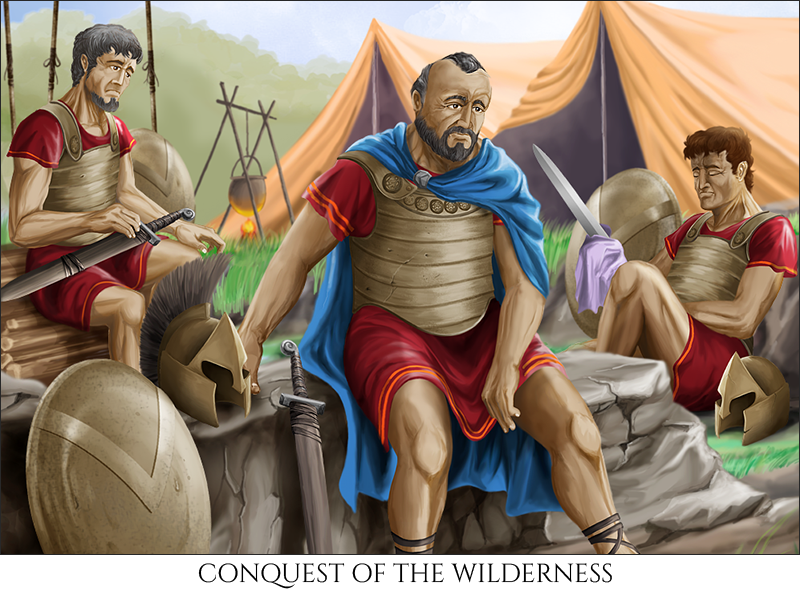 P.S. We have some good news for those who like to take it easy though. This whole feature is fully optional. If you would rather have a world where autonomous cities do not fight back, you can make it so.