It's been quite some time since the last major release of Imperial Civil War, and we're finally back with a taste of what's to come.

It's been quite some time since the last major release of Imperial Civil War, and we're finally back with a taste of what's to come. In this demo, you can play in the reworked Hunt for Zsinj galactic conquest scenario as the New Republic or two of the three new playable factions in 2.2; the Greater Maldrood and Warlord Zsinj. This GC provides a look at several of the new and reworked mechanics and other upgrades that 2.2 will bring to the table. This includes a ton of reworked graphical components (new projectiles, space skydomes, unit models), new and reworked features (extra story-driven content, emergent faction events), new units, and more. As this is just a demo, there's still a ton more to expect with the full 2.2. Depending on the feedback from this version and the length of the rest of 2.2's development time, we may consider another demo of this type with another scenario at a later date to make sure you don't go too long without something new to play. A lot of our determination on how to handle the full release, especially the testing process will be decided based on this demo. We suggest you do not delete your copy of 2.1 just yet. 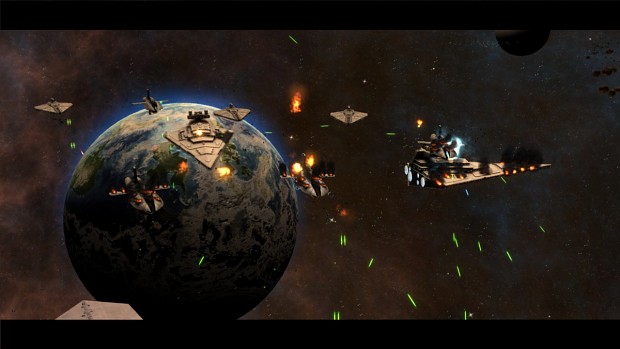 Playable Factions in the Demo: 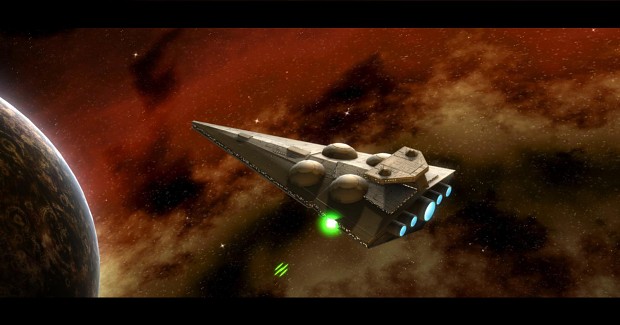 We hope that this will not only give something to hold everyone over until release, but if we've messed something up, we'll have ample time and feedback to adjust it as we go. This will be especially useful for balancing feedback; there have been plenty of balancing changes which should be pulling the mod in the direction we want, however the exact numbers are certainly still up in the air, and the demo will give us a good amount of feedback to adjust from the current new baseline. There are a ton of changes being made in 2.2, probably more than in any previous version (including 1.0, and the huge jump between 1.3 and 2.0), so the more feedback we can get in one GC as a testbed, the more easily we can make changes without them already being embedded in ~19 other scenarios.Here's the basic overview of what to expect compared to 2.1, as well as a bit of a projection to the full 2.2. Keep in mind, everything (especially in the full 2.2) is subject to change. Content may be added or removed as time and priority allow, especially when it comes to additional units. To read the full changelog, click here. 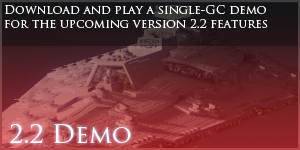 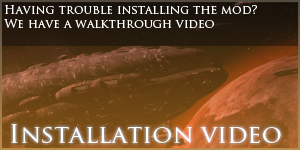 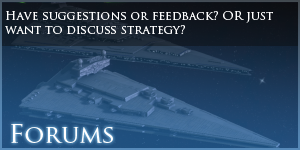 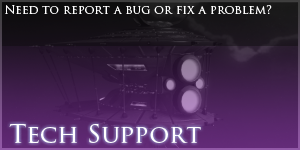 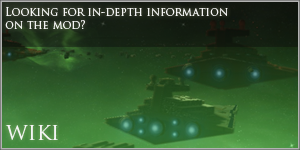 If you would like more information about upcoming features and releases, check out our site at www.thrawnsrevenge.com or our ModDB profile. If you're interested in longer-form "Let's Play" style previews of versions in progress, lead developer Corey regularly plays through early versions of Imperial Civil War and Ascendancy on his channel. He's currently finishing a Pentastar Alignment playthrough before starting the Eriadu Authority next Saturday. Click the left button below to go to the PA playlist, or the right to go to the channel and subscribe for notifications when the later ones start going up. 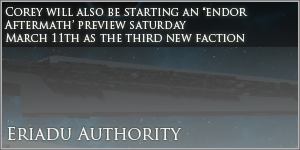 As ever, thank you all for your support of the team, we hope you enjoy this 2.2 Demo as much as we have enjoyed making it, and we look forward to you all getting to play the full thing (when it's ready, and no, we don't know when that will be yet).

Thanks to all the Modders who put their time into this!

You are geat guys. Thrawns revenge is the best mod ever made!!!

anyone else have the problem where star destroyers just start to fly around willy nilly when you try to give them a move order?

Empire at War's pathfinding, especially with larger ships, has always been terrible. Its not something mods can even touch in the slightest.

move them inch by inch using the w key to make a path. you can give orders while they game is paused, allowing you to carefully plot courses and maximize your firing arcs.

it doesn't matter if I inch them. As soon as I order them to do anything whatsoever they just start doing their own thing.

I hate that too, especially with my SSDs, they will literally turn the opposite f***in way when I want to broadside someone -_-

Hover the mouse over the center of the ship, then hold right mouse button and move the cursor in the direction you want. A little green arrow should pop up in that direction. Slow, but it works normally.

corey will you be able to play as the imperial remanant and pentastar alligment in the 2.2 demo ?

Do these changes only affect the one campaign?

There's only one campaign in the demo. The rest will be in the full version when it's ready.

I stopped playing any other EAW Mod because the Mechanics of ICW have spoiled me.

If Disney put as much time and effort into star wars as you do, the world would be a better place ... and Han would probably still be alive. Great Mod !

For some reason, i cannot load up my save. I saved the game and left and when i returned an hour later, it crashes within 20 seconds. Any ideas?

Was the save created in the demo? Did you install the demo over 2.1 or on its own? Which faction are you playing as? Had Zsinj died yet?

Im not sure what the problem was, but i just made a new game and the new one saves and loads fine. Was playing as Maldrood on galactic.

I have the same issue- i created the save in the demo- installed as its own- greater maldrood- Zsinj is dead.

I have the exact same problem, the Save is in the GC Demo, On It's own, playing as Zsinj, and he is still alive.

For some reason i am not getting attcked in the demo anyone know how to fix it?

Do you have Republic at War installed?

I have the mod

In the raw mod?

No, in your base FoC's data folder. RaW installs AI changes to there, which breaks the AI for the base game, other mods, and itself when it crashes.

The graphics so far makes me cry OF JOY!

Most beautiful FOC mod I have ever seen. Good work!!

Thanks for the hard work !

Great demo! I love all of the changes that were made. There was a bug when playing as the Greater Maldrood, when you took over a planet(I don't remember the name, I can check if needed) it trigger an event where 2 heroes joined your ranks. An admiral(Star Destroyer) and a field commander. These units did not have any names or descriptions. Also a new republic capital ship (that looks like Home One) doesn't have a title. The description is fine and it starts with something like "The first Mon Calamari cruiser designed as a warship) This demo ran very smoothly for me. Thanks everyone for all the hard work and keep at it!
-Trumpetdude

This was an issue where the text files were switched in the first patch. If you redownload, that's all fixed.

Does warlord zsinj get providences?

Great work on the mod guys, though I have a question. Could you make another UI skin with brighter background (blue, yellow, etc.)? My eyes are literally bleeding when I try to read grey text on dark grey background.

There is a bug with Celanon planet.When I win the land battle there,the planet is still under Zsinj control and Melvar is still alive.When I try a new land battle,my units are scrambled on the planet.

I am playing with the Greater Maldrood.

I've stumbled across a bug I think. I'm playing as the Maldrood, and been playing for a while, but the game just freezes up seemingly at random. to be specific, the game, as a program, does not freeze; rather, the game I'm playing kind of pauses, and I cant do anything. I can still bring up the Esc menu, I can still buy units (though they are never built) and I can't move units.

Also, I already tried the De-freezer program, so unless I did that wrong, it doesnt work.