What makes fixing digital vehicles in Rover Mechanic Simulator so compelling and satisfying?

It is difficult to force yourself to change a lightbulb, but when some screws get loose in a rover, it can keep you occupied for hours. What makes fixing digital vehicles in Rover Mechanic Simulator so compelling and satisfying? 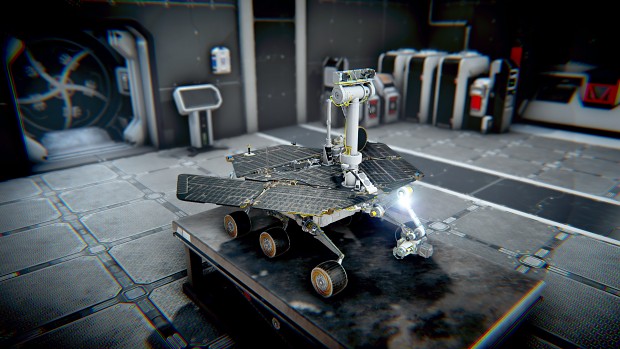 Why playing with a screwdriver is more fun when you are doing it on your computer screen? Gamification can make anything fun. If you think about it, gathering a team in an RPG game is not much different from putting together a cost estimate or doing your taxes. You are moving around resources and statistics, but there are two significant differences: the accessibility of tools and the visual presentation.

Nevertheless, leading a team of heroes on a mission, when the world’s fate is at stake is something different from disassembling a vehicle to find out which part went bust. This is what Rover Mechanic Simulator is all about — it is a game, which literally transforms a simple task into a brain-twisting challenge and spices it up with fantasy elements.

The balance between science and fiction

The idea to develop Rover Mechanic Simulator originated in February 2019, when NASA informed about a malfunction of Opportunity — and the end of its mission. Our team at Pyramid Games consists of people who are passionate about space exploration and Mars in particular. When we found out that a lonely machine will be stuck on a Martian rock forever, we realized it deserved to be honoured in some way and the best way was to make a game about it. A workshop in which a lonely mechanic would be fixing rovers that are examining the planet became the core of it.

Early on we decided the gameplay will take place in a shop, not directly on the surface of the planet, and will be built around fixing the machines. We agreed this was the best way to show to players what rovers are like, how complicated they are and at the same time to offer a challenge different than exploring the desolate planet.

Mars stimulates imagination, but if we wanted to be realistic and set the game in modern times, it would not be the most exciting theme. We needed a science-fiction element, as in our other game — Occupy Mars. However, if we dived into fantasy too deep, we would float away from the key element of the title, which is real rovers. Occupy Mars is a game about surviving and fighting the powers of nature, so all the game elements are aligned to support it, including the plot. A product focused on rovers requires something more down-to-earth — S-F, but not too distant, so the realism is still dominant. 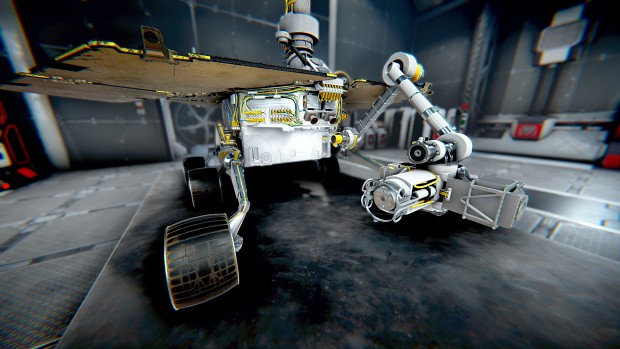 Knowing the wider context of player’s actions, we could take a closer look at rovers, start reproducing them digitally and move on to designing quests. Using the documentation available online, game designers were able to create highly precise models of Opportunity and it’s fellow rovers. Still, full realism was not our goal.

“Real vehicle consists of thousands of screws and cables. In our version there are hundreds of them. That is still plenty and you can still feel it is a real machine, but players can focus on identifying the problem, instead of doing tedious and non-creative work”, says Paweł Piotrowski, senior 3D artist responsible for rover models in Pyramid Games.

We also had to simplify shapes of some of the rover elements due to gameplay restrictions and optimization. Because of that, the vehicles are not a direct copy of the real life models, but are based off of original NASA documentation with precision high enough to allow players to learn about construction of the machines when tinkering with them.

Designing realistic and possible to fix malfunctions was a big challenge. Rovers are the sort of machines that are not designed to be fixed. A lot of sensors are not easily accessible, so in the game they needed to be exposed a little more, yet not too far from reality.

During the production process we were seeking for the right balance between realism and accessibility, because gameplay, not the location or plot, is the key element engaging the player.

We based the gameplay on the assumption that very little people like to drop their tasks, if the solution is at their fingertips. You can always see that the next milestone is right ahead of you. You are about to take off the casing, about to find the broken part and then you are close to replacing it. On the way to your goal you are achieving small victories which stop you from saying “Phew, there is so much left to do. I will finish it tomorrow”. If you were thinking about Rover as if it was your work, you wouldn’t play it the next day.

The rank system is an additional incentive, which encourages you to play not only until the end of your current expedition, but even further — until you reach the rank of major.

With promotion you unlock new skills which allow you, among other things, to speed up disassembling the parts or analyzing units. From a design perspective, it brings two benefits. On one hand players get rewarded in a measurable way, on the other, designers can create more complicated missions, which will not be dull in the early stage, at which the player is already proficient.

“This sets a frame for the gameplay, which motivates players to take on new quests. Thanks to this, we are able to avoid situations, in which after a successful mission you feel fulfilled and want to turn off your computer. You always have to think about the long run and keep planning a couple of missions ahead” — says Konrad Słoń, lead game designer.

About machines in a humane way

The sole opportunity to play with a real rover used on Mars is a good enough motivation to spend time working on Rover Mechanic Simulator. However, we are huge Space Nerds anyway.

With a casual player in mind, we had to design an immersive environment. We accomplished it by adding details. Players can peek through a window to see the surface of Mars or check the weather forecast for the planet. On walls and boards you can find stickers and pinned notes. You can also unlock classic minigames, which mechanics play to kill time at the base.

Thanks to those details, the small area of the shop which players can explore seems to be alive and is not sterile anymore. Also each quest adds to the game world and gives context to every malfunction. 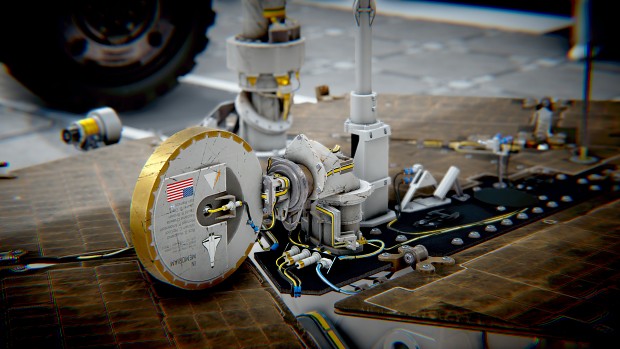 “We wanted to make you feel like you are repairing the rovers for a purpose — explains Maciej Krasiński, Game Designer. “Without any plot in the background, the game would seem pointless and repetitive: you keep fixing the vehicles and they keep breaking down. Why would you be doing this? What would be the point?”.

Jobs are given by corporations, which bought the rights to use the rovers. Each company is exploring Mars for a different purpose. Every malfunction happens in different circumstances and has to be taken care of for the sake of the benefits that the companies are going after.

There is no problem, Houston

Creating a realistic and at the same time compelling game about rovers used on Mars was an ambitious challenge. What we consider a big success is the approval from real rover constructors, who played the demo at European Rover Challenge 2019. They also gave us useful tips, such as to increase the usability of a 3D printer — real engineers appreciate the possibility to 3D-print wheels and small parts of unusual shapes.

The game became successful where it matters the most. Rover Mechanic Simulator, available in Early Access on Steam, has already been appreciated by reviewers and gamers. As strong points of the game they listed not only approachable and interesting gameplay, but also subtly built immersion. And there is still a lot of work ahead!